The God of the Gaps 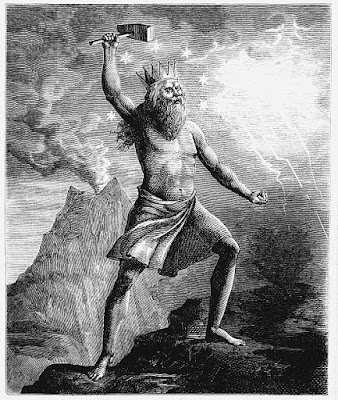 The Electric Universe's God of the Gaps


With a significant presence online, and many anomalies to present, The Electric Universe tendency (and other similar individuals) easily get a receptive hearing!

BUT clearly, a mere identification-of-anomalies can only be the first step. So, serious critics of the current consensus in Physics and Cosmology tend to come across these people as potential allies, or at least fellow critics of mainstream thought, and therefore seek out their criticisms in the search for more evidence towards a possible alternative stance.

As a qualified physicist, myself, with a long opposition to the currently dominant Copenhagen Interpretation of Quantum Theory, and a lifetime of theoretical work in establishing an essential, alternative stance, and finding very few people with the same objectives, have viewed a whole series of YouTube contributions from that tendency, where they too seem to have alighted upon the same anomalies that I also have considered to be crucial flaws in the current stance. And, in many, there has been a valuable revelation of anomalies that really do need addressing theoretically.

But, there is also a profound similarity between The Electric Universe, their scientific approach and method, and the scientists of both the pre-Copenhagen, so-called Classical period, AND, perhaps surprisingly, the Copenhageners too! For, philosophically, they all have an identical acceptance of the Scientific Method, the role of mathematical equations in encapsulating what had been revealed, and most importantly of all - incorporating an entirely Pluralist stance.

And, such a tradition can never go on to tackle the most important questions in Science, namely, "WHY does a particular phenomenon behave in the way that it does: what are the real causes involved?"

Let us see why this was inadequate in the past, is now inadequate with the Copenhagenists, and was even continued, thereafter, with the Bohm/De Broglie critics, and finally is also true of these latest opponents of current conformity. They believe that Reality behaves as it does in total conformity to separate and eternal Natural Laws, which can be completely encapsulated in purely mathematical Equations. They, therefore, conform absolutely to the Principle of Plurality, which demands precisely that. But, it isn't true!

If anything, the exact opposite Principle of Holism is far closer to the truth - by stating that "Everything affects everything else!" and hence makes all laws determined by both their history and their current-context, so that they inevitably vary and even evolve over time.

Indeed Plurality only rules in totally stable situations, either natural or organised-for, so it never informs situations involving Qualitative Change! The History and Development of Reality is totally beyond it, as are all current Interludes of Change at all levels. Indeed, the incorrect assumption of Plurality always did profoundly affect not only Science, but also Mathematics, and even Formal Logic. And this, when subscribed to, along with the oldest-and-most-persisting stance of Pragmatism - "If it works, it is right!", has enabled amalgams of wholly contradictory stances, such as Idealism and Materialism, to both be used "in their relevant compartments", in what has been claimed to be the agreed stance of Science for many centuries.

Indeed, the recognition of "Change" was almost simultaneous with the basic gains of the ancient Greeks, but ignored, and though also significantly addressed by Hegel 200 years ago, it has never conquered Science.

So, I could follow that tradition to the present day developments Philosophy (and I have done so elsewhere), but here something far-more-basic is involved, which torpedoes the discussion immediately!

It is the look to Religion for the Causes of Reality's Nature. 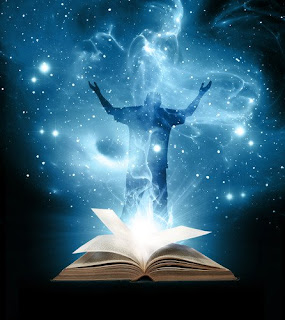 Let us see how our new critics of consensus Science manage to achieve this.

But, to make any sort of sense of these people, you really have to be aware of what role they have usually played within Science-as-it-currently-is!

Within Science, there has arisen, historically, a series of divisions-of-labour, precipitated by the unavoidable contradictions in the consensus stance.

Two areas, dominated by Pragmatism separated-out very quickly: they were the Experimentalists and the Implementers of productive outcomes - the technicians or Engineers! For, their justification was delivering what they had set out to achieve - either a do-able experiment with results, or a working consequent product.

In both cases, an explanation of why things behaved as they did, was not considered as important as what was in fact delivered! And, the key things achieved by one, and used by the other, were the formal Equations or fixed Laws that could be passed directly from the former group to the latter. And, in addition, their employed skills were very similar - to deliver the required conditions for those laws. Pragmatism was king in both areas!

There always was, of course, another group within Science, who did attempt to explain why things behaved as they did - they were the Theorists, but they always had several major problems. If they delivered materialist explanations, they would, invariably, come up against the Religious world view and explanations - [Galileo is a particular example]. And, to deal with their colleagues, the pragmatic experimenters and engineers, they too had to deal in Equations - a wholly Idealist stance, so they were in difficulties there too!

Indeed, towards the end of the 19th century the contradictions were already proliferating, and it was long before Bohr and Heisenberg campaigned for the total jettisoning of materialism in Physics, and at the 1927 Solvay Conference they challenged Einstein and Schrödinger and won! The Copenhagen Interpretation of Quantum Theory was their stance, and it soon swept across the whole of Sub Atomic Physics.

Now, as will be obvious from this paper, I have a very different objective from either the consensus group in physics, or their opponents in the God-of-the-Gaps camp!

So, that latter group have shot themselves in the foot in the oldest way possible.

It is, therefore, not surprising where they position their "researches": they don't do Sub Atomic Physics or any other area of Physics - they stick to Electrical Engineering, and interpreting other scientists results, particularly in Cosmology - an area that is impossible to deal with in the established earthbound ways. It is mostly speculation then, re-casting descriptions rather than explaining published cosmological observations, and laboratory experiments supposed to reveal direct knowledge of what goes on in the Sun.

It is a secure realm!

Though Modern Physics is already drastically limited in its current state, this group have found the ideal area for them to indulge their even more limited set of questions, not only for them to speculate about profusely, but also where they are unlikely to be countered by the rest of Modern Physics, who themselves are in their deepest crisis ever!