What mechanisms of social change could finally enable a switch to socialism?


Do you really think that such a switch-over will be allowed to occur anywhere by countries like the USA?

What did you think the two World Wars, the Cold War, and the now constant local hot wars, have been about, first in Asia, and are still the case now in the Middle East?

The World Wars were about an attempted change in hegemony between Capitalist powers, while the Asian wars, and a series of others, were to suppress the attempted extension of Socialism, while later conflicts were back to hegemony once again.

Do you really think that the replacement of Capitalism will be allowed to happen peacefully by the Ballot Box? Know your History: and the current situation in the UK, for all tell us very clearly indeed that the answer is without any doubt - NO!

All the "versions" of Socialism, which insist that a peaceful transition will be allowed to occur, effectively disarm those fighting for Socialism, with strictly moral alternatives, which have never in the past, and will never now, change the World.
And, of course, there has, and continues to be, a sizeable penetration of the Socialist Movements by those who, in the last analysis, will actually fight against real Socialism's institution, and will show their true objectives by who it is that they militarily align when the crunch comes.

The Socialist movement has, since its very inception, been divided into Liberals and Revolutionaries. And, while the former have never established anything significant, only the revolutionaries have ever managed to succeed in challenging the injustices of Capitalism. And, that was never just via a totally committed militancy, but by a theoretical superiority, based upon an understanding of the trajectory of past histories and the dynamics of social change, with their absolutely essential Social Revolutions!

The wherewithall for the necessary breakhrough was achieved by an Historian follower of the Philosopher Hegel, who after over 2,000 years since the Greek Intellectual Revolution, finally addressed the debilitating Pluralist flaws in Formal Reasoning, with his attempted inclusion of Qualitative Changes into that Discipline. But, Hegel was an idealist philosopher, and it was in the switch of Hegel's modified stance, only by Karl Marx, that his objective was generally achieved, by applying the same reasoning, but with a Materialist Philosophical Basis.

For, Marx then knew what had to be done, and spent the rest of his life applying that Dialectical Materialism to a thoroughgoing critique of Capitalist Economics in his 3 volume work Das Kapital.

So, for the first time, History could be considered dynamically- in its vast qualitative changes, and in their key events - Social Revolutions - where such changes happen at a remarkable rate, but nevertheless could be understood on-the-fly- as they occurred, and, consequently, acted upon successfully.

Indeed, that evident Marxian understanding divided the sheep from the goats - only Marxists had any idea of what was happening literally day-by-day, and even hour-by-hour. For, Marx had been able to use Michelet's History of the French Revolution to extract the Dynamics of Revolutionary Change from that period of maximal Social Flux, in a generally applicable way. And, of course, also apply it to a remarkable degree in Das Kapital!

The application of Marx's methods within an actual Revolution, especially those due to Lenin, were also made available worldwide by both John Reed's Ten Days that Shook the World, and also Trotsky's History of the Russian Revolution.

Now sadly, the early deaths of both Marx and Lenin left Socialism without a first-rate Marxist theorist, and both inside and outside the Soviet Union (as post-revolutionary Russia became), the absolutely essential extension of Marxism into the still-outstanding Sciences, had never been undertaken, and a multitude of self-professed "Marxists" appeared everywhere, but literally without the understanding or necessary profundity of a Marx, or of a Lenin! 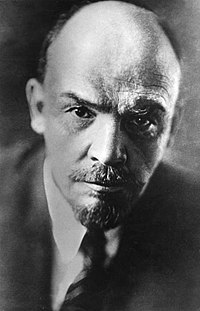 Indeed, the crucial assault upon the Copenhagen Interpretation of Quantum Theory in physics, has only very recently been completed by this Marxist, mathematician and physicist, after a decade of study, and is as yet unknown in Socialist Organisations worldwide.

So, committed comrades in Socialist Organisations are still largely ill-equipped theoretically for the coming World Crisis, and unless something is done very quickly indeed, the madmen in power, and currently manipulating the present crisis will plunge us into what could be a terminal World War!

Can Socialists do anything if they limit themselves to blind activism and the Ballot Box? Current Elections have proved that Democracy can be effectively manipulated or even swept aside when it gets-in-the-way of certain politicians' purposes.

We surely must be prepared to act in a Revolutionary way to stop the Billionaires sacrificing millions of ordinary People via their dangerous and undemocratic plans...

SHAPE Journal has recently produced a documentary film on the theory of revolution, you can watch it below: