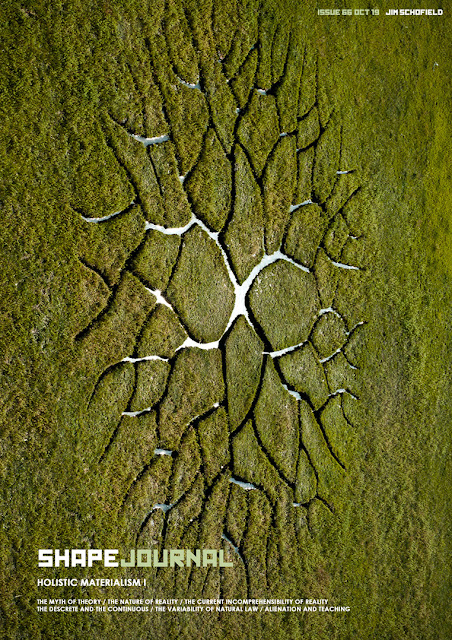 This is the first in a special two part series entitled Holistic Materialism. These issues constitute a set of loosely related papers by Marxist theorist Jim Schofield concerning his philosophy of science, and his application of Holism and Dialectical Materialism to the sciences, especially particle physics. This has been a historical and epistemological project as much as it has been a philosophical and scientific one. In order to understand the mistakes and impasses we are presented with in science today, it is imperative to go back and have some understanding of how knowledge and philosophy have evolved over human history.

But what exactly is Holistic Materialism? Holism is a word that means different things to different people, a seemingly vague term that is often abused and misused - ‘holistic medicine’ for example covers all sorts of pseudoscientific nonsense no empricial researcher would care to be associated with. However Holism as a philosophical concept refers to something quite specific, and for Jim Schofield it is encapsualted in its opposition to the Pluralist position (not to be confused with pluralism), which sees all entities and laws as separable - capable of being isolated and studied in isolation - but more importantly, that this separability will somehow unlock the truth of how things in reality work. Essentially it is the philosophy of reductionism and this underpins almost all contemporary scientific research. Jim Schofield’s work is a unique critique of the hidden assumptions which underpin all science.

“The discovery of the similarity between dialectical materialism and the thinking of the naturalists is not new. Several authors have called attention to it, particularly Allen... He starts quite rightly: “The process of natural selection is as dialectical a process one could find in nature.” Allen thought that the dialectic viewpoint of the naturalists had been lost between 1890 and 1950... Allen asserts that the “holistic materialism” of the naturalists had failed to incorporate two important dialectical views. First “the notion that the internal change within a system is the result specifically of the interaction of opposing forces or tendencies within the system itself.”


The Roots of Dialectical Materialism (Mayer, 1997)

In the work of Schofield we see this kind of holist view of natural systems but very much informed by the dialectics of Karl Marx. It is not enough to see the interconnected-ness of things but realise how natural dominances emerge, to the point of seeming universal, and also how these dominances can come crashing down as their internal contradictions finally play out. It is in these crucial events that we see the Emergence of the wholly new. In these papers we see how Pluralist science prohibits access to this fundamental feature of reality, and that while those 19th naturalists may have hinted at the way forward, holist science is something new.