What is the Philosophy of Mathematics?

And what is its Relationship to Reality?

I have been looking for satisfactory answers to the questions above for sometime - none are forthcoming! Having just watched a couple of lecture videos on Youtube - one by Ray Monk on The Philosophy of Mathematics and another via Google Talks by a Dr. Stephens on Emmie Noether, my question (posed by the title to this paper), that literally demands to be addressed, remains unanswered. It was needed to clear up exactly where Reality-as-is terminates, and the products of Human Thinking, both claim to take over and intervene, by Reversing-the-Process, and beginning instead to contribute to the actual defining of "A Reality" via man-made Purely Formal Relational System!
The Ray Monk video

Indeed, though not admitted as such, that actual change was one of the unavoidably Key Products of the Greek Intellectual Revolution of the 5th century BC, when a successful attempt to do precisely that was actually made possible by their invention-and-use of certain

applied to concretely impossible, yet mathematically essential relations, between such things as:
- Points with zero parts
- Lines with zero thickness

For it was these abstractions, and these alone, that made Mathematics possible, by restricting the whole exercise, with such transforming physical constraints: that they also made all subsequent relations in that discipline to become Forever Fixed in quality! Everything was made, by these changes, to conform to an essential

- but though easy to validly insist upon, within the Realm of Pure Forms alone, it was wholly impossible to apply in Concrete Reality-as-is! So, when usefully applied to "such a Reality", that too, ALSO just had to be majorly-constrained to deliver only such necessarily-Fixed-Relations- achieved by forcibly-limiting the situation involved, into a rigidly-constrained Stability - indeed, into a guaranteed Pluralist Situation, to enable Mathematics to be effectively-used.

Therefore: Reality is NOT revealed by Mathematics!

Reality has to be made to conform to our abstractions.

However, such seemingly-unchanging Stabilities can occur naturally, and often do if only temporarily, AND, in addition, man-made Pluralist Stabilities were often fairly easy to both construct-and-maintain: the consequently extract Pluralist Laws, from both such contexts, were then further-assumed to be the Natural Truth, but usually often hidden under many overlying and masking extras.
So, this major and false inversion, promoted Pluralist Laws as the "Actual Truths of Reality", and material Reality-as-is was demoted into becoming "a misleading fiction"! And, consequently, all arranged-for situations in Production, which obeyed those Pluralist Laws, were wrongly seen as exposing the "Real Underlying Reality" of the natural world.

But that isn't True!

Also, all insertions algebraically, from one Pluralist Law into another different one, are totally illegitimate! The whole universally-established Method of Mathematical Rationality as a means-of-extending these discoveries into a comprehensive valid discipline, are also totally mistaken when dealing with Reality-as-is.

But, Mathematical Plurality was universally employed because it validly enabled a whole and successful means of implementing a totally reliable Method of achieving Successful Consequential Productions, merely by breaking the Production Process down into a series of separate individual stages, each with its own physical restrictions and consequent Pluralist Laws!

And paired with the longtime-prior, pragmatist legitimiser of "If it works, it is right!" the New Approach vastly-enlarged what could possibly be done: for the new system was a truly major advance over what it replaced! And, it even encouraged the beginnings of a possible alternative and Causal Approach, with added-in possible notions of exactly why things behaved as they did.

Though the two sets of ideas did not mesh at all well, and Causal Explanations were never an integrated part of the Main System! Explanations provided merely a helpful accompanying narrative. And, any really-attempted causal explanations were restricted only to limited areas of study, which were naturally much closer to Pluralist situations, always due to these sustained periods of "Stability" (which could last millions of years, admittedly) as were evident in the Night Sky of the Heavens! 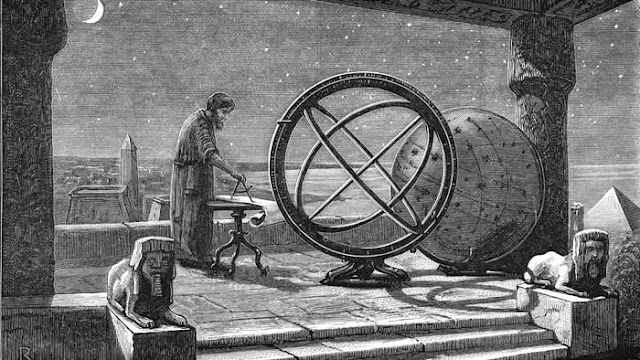 So, it is not surprising that such an evident conducive Tail would wag the confusing real Dog, and put the usually defeating nature of most of Reality as being due entirely to the large number of different active contributions overlying the hidden significant determinators! So, one way of "revealing" the "main determinator" in a not-too-complex system, would be to purposely-suppress all the "inessentials", and so completely reveal the underlying "main cause".

Science was deliberately converted into a wholly Pluralist Discipline, via Mathematics and pragmatism, because in such arranged-for situations, wholly successful productions were always possible, proving the value of the approach: though, of course, it could not lead to a successful integrated Theoretical System on the natural world - indeed a real Science- but only Technologies, involving many separate, achievable Contributing Productions, but NO integrated-and-cerebly-developable Theory.

Indeed, it is correct to insist that, at best, Mathematics can only deliver a partial Reflection of the Reality it seems to deliver, but simultaneously it can, in addition, deliver a whole collection of related features, BUT ONLY from elsewhere in the involved realm, where Mathematics legitimately reigns- that is within Ideality!

Indeed, Ideality, being only a Conceptual World of Pure Forms alone, enables Mathematics, but NOT Reality, to be infinitely extended! Many of the extensions to Mathematics, brought in to "explain" features of Reality that Plurality fails to deal with, are also totally illegitimate in Reality-as-is, so can tell us Absolutely Nothing: they seem not to exist anywhere in concrete Reality.

Maybe I should mention a few of these, in case you are in doubt!

How about Dark Matter, Dark Energy, Quantum Entanglement, Multiple Universes, The Uncertainty Principle, The Heat Death of the Universe, The Big Bang, Initial Inflation, Infinite Expansion, Normalisation, and many, many more!

But many of the real problems caused by the Illusions of Plurality, can be compounded in various different ways: and perhaps the most important ones are those caused by the mistakes of Plurality, but complicated by the formulaic simplifications caused by substitutions from one pluralist equation into another, because, once two, or more equations have been merged in this way, the result will certainly NOT be delivered by using that combined Form, as the concrete result is never a single process, but still a simultaneous set of mutually effecting processes.

For though we have made a combined single Formula, in Reality such will still be individual processes competing for resources and producing outputs into a general pool of consequent resources, once again to be competed for. Yet, the original amounts of the various components now being lost in the new and different pool!

And the algebraically arrived-at formula cannot in any way mirror what is holistically going on in material Reality.

And, to complicate things even further, apart from being essential resources, when each process proceeds separately, many secondary products from one process can and will affect another when all happening together: and these will be totally unknown from the wholly separate cases that delivered the supposedly contributing processes...