Building an effective opposition within the Neo-Con, post-industrial societies

David Harvey, in a recent Democracy-at-Work offering, once again, with his usual eminently Marxist analysis, and profound cultural understanding, finds it necessary to dramatically switch the emphasis that the Left must take, in order to effectively combat the results of 40 years of Neo-Con Capitalism, which have clearly effectively de-unionised and de-politicised the Working Class Movements in Countries like the UK and the USA.

Now, there is a lot wrong with the TV series The Sixties (currently broadcasting on Sky in the UK), BUT, nevertheless, it does reveal much of that crucial tumultuous decade which prepared the ground for the later Neo-Con transformation of World Capitalism, which by the 1980s, with Thatcher and Reagan, was beginning to dismantle the traditional Working Class oppositional politics with the systematic destruction of its historical strengths within organised Labour, and, in the USA, the Cold War effective annihilation of all the Political Parties of the Left!

Yet France, with its Gilet Jaune Left Populism, and the current joint action with the still existing Unions' own General Strike, is demonstrating what can be done in favoured areas. And a single major crack in the Neo-Con System, still not recovered from the 2008 Economic Collapse, could this time precipitate an unrecoverable Crisis from the Capitalists point of view!
(Editor: the current worldwide health / economic crisis, for example)

But, the usual separation of major campaigns of "The Sixties", and the lack of a Socialist Party backing them all, guaranteed failure in spite of the remarkable numbers often involved.

BUT with a Common Socialist Agenda, and a combined fight, and, a concerted effort to prevent the always agitated-for separation of campaigns, which will always and inevitably oppose this necessary aim, and the "Please Everybody" demand from them.

It must be countered, by making the disenfranchised ex-Working Class the only reliable source for Real Change on every single front.
(Editor: they can no longer hide from the vital role 'key workers' play in keeping the whole system going)

And, within that sector, the major Class Objective will be in providing a Young Socialist Movement for the discarded Youth - just as we did successfully in the 1960s with the Labour Party's Young Socialists. That youth will thrill their de-classed elders, and energise the whole undertaking, as the introduction of the Youth did in the Civil Rights Movement of the Sixties in the USA! 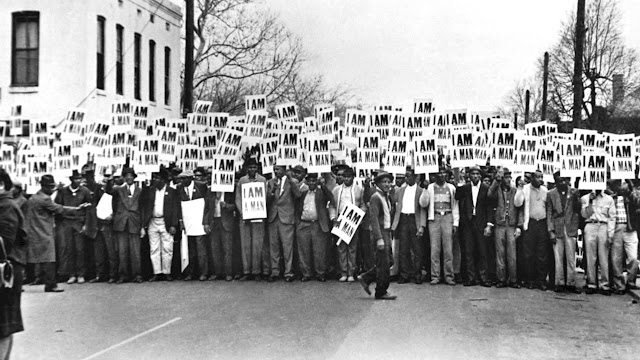 The Left needs a Socialist Party committed to literally all campaigns, but always unified by socialist solutions, and energised by a commitment to Working Class youth, with activities and facilities concentrated upon where those Youth are, yet mobilising them as the spearhead!

And, contradictably, NOT seeking the support of the Educated or the Middle Class, while at the same time delivering the very best informed and well explained Theory. But allowing NO exclusions of our generalist demands, and the very best organisation when under attack!

Without such a unifying participation, individual campaigns will quickly rise, and just as quickly fall. So, every single action or strike must be immediately supported, not just with individual participators. but with banners expressing both support and Socialist demands.

And, demonstrations, no matter how small, and a march directly to support the fight, with food, and collections of money arranged for the fighters, from Working Class Estates, accompanied with the most vigorous chants and energy!
Posted by E Journal at 16:26