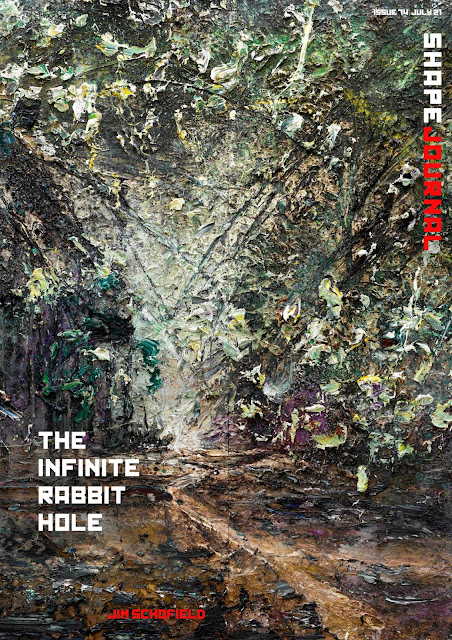 This edition continues philosopher Jim Schofield's recent attempts to define what a Holist approach to Science should be. This time around, the focus is on why it hasn't really been attempted before, and why, when we do try holistic methods in Science, we usually fall back on tried-and-tested Pluralist forms of research. The problem is complexity. The Natural World is incredibly dense, interconnected and with many hidden levels and systems processes. The straight-jacket of the Pluralist Scientific Method is the only way we have historically managed to control situations sufficiently to try and analyse and understand them. The problem is, that this gives us a very distorted, simplifed and ossified picture of what we're examining. We remove many hidden factors which might turn out to be be vital, and even more crucially, we remove the possibility for natural Qualitative Change to take place.

Art Director’s note: For this issue we have chosen the dark, dense paintings and sculptures of Anselm Kiefer for the illustration. We are always looking for abstract art which invokes change in some way, and the complexity of evolving reaity. With a keen interest in mathematics and science as well as mythology, Kiefer’s work deals with concepts such as the passage of time, cosmogney, chaos and death. His most recent exhibition Supertrings, Runes, the Norns, Gordian Knot, is influenced directly by studies such as String Theory - but not without a pleasing degree of skepticism. Of the work he says: “These advanced mathematicians are attempting to find a theory of everything, but each time they open a door, many other doors reveal themselves. It is all abstract mathematics, of course, so nothing is really yet proved. The more I read about it, the more I think they will never find the answer.” There is certainly abstraction and form in Kiefer’s work, but also a very messy materiality. He is interested in and influenced by science, but unlike many mathematicians and artists alike, he is not seduced by beauty, simplicity and perfection. He knows that this would be Idealism, and the Real world is much more labyrinthine and impenetrable than we like to think.