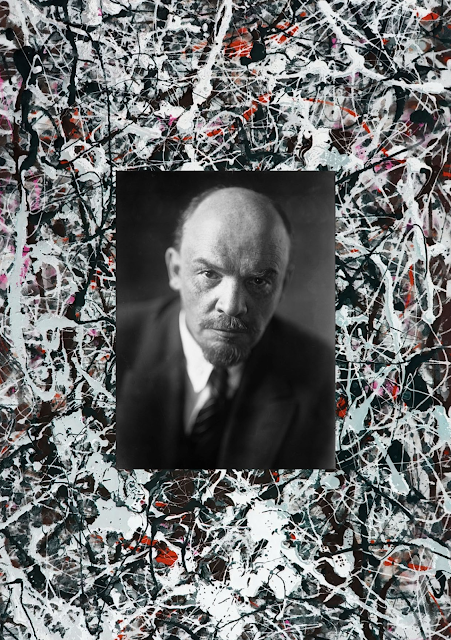 Hinting at a New Philosophy for both Science and Politics

There will be many who vigorously reject how the last essay in this important series ended, with Lenin standing on the rostrum of the All Russia Congress of Soviets, declaring “We shall now construct The Socialist Order!” I’m sure this radical and polemical tone will put many off what I have to say about Science.

Lenin has always been a divisive figure, but he had long understood the real universal significance of Dialectical Materialism - the most remarkable and indeed revolutionary contribution of Karl Marx. For, though Marx had never taken the crucial step of congenitally extending his profound philosophcial contributions into The Sciences, Lenin, did indeed know better!

For, very much earlier in the 20th century than the Russian Revolution, Lenin had himself, via his own brilliant book Materialism and Empirio Criticism, taken on the crucial task of debunking the contributions of Henri Poincare and Ernst Mach, the physicists who had insisted in their own version of Positivism, in which all the aspects of Physics which relied solely upon empirical evidence alone, with NO associated attempts at Explanation, should be given the Exact Same Weight and Status as the very different Causally Explained Laws, which always included full associated Explanations!

And, it was this undoubted major retreat, that finally “opened the door” to both Relativity and Quantum Theory, which were clearly “legitimised” if the claims of the positivists, were right!

When I arrived at University as a first year Physics student in 1958, I was immediately totally aghast, at literally everything my Physics Lecturers “taught”, who never made any attempt to Explain Anything: they merely gave empirical evidence and coupled it with the New clearly Positivist Stance, along with sophisticated Mathematics, which to them was wholly sufficient. But it wasn’t enough for me!

At school I had always been branded “the gifted mathematician”, who could “do it all” in that discipline. I had obtained 4 different “A” Levels in Mathematics, along with 3 others at the same Level. I had always found Mathematics very easy, and I was similarly successful in all of my subsequent three years of Mathematics at University! BUT, I had chosen Physics as my main subject there - because, it alone had always attempted to Explain Reality! I had eagerly looked forward to the much higher standard of Explanation that I thought I would get at University: but it turned out to be abysmal.

I endeavoured to get explanations, but the lecturers were never available - there were, after all, almost 100 students in my year, so such individual attention was NEVER available. We did, however, have access to post graduate Demonstrators, but they just dismissed my questions with “Is the Mathematics too difficult for you?”. And, at my insistence that it wasn’t that I couldn’d “do the math”, so, could they show me the required Explanations for why the Mathematics worked: they soon got angry, and, of course, always had the support of the other students present!

So, I took to long periods in the excellent University Library, but there was nothing available in the Physics Section that could give me answers. So I switched to Philosophy instead, and there I very quickly found Lenin’s aforementioned book on Physics. 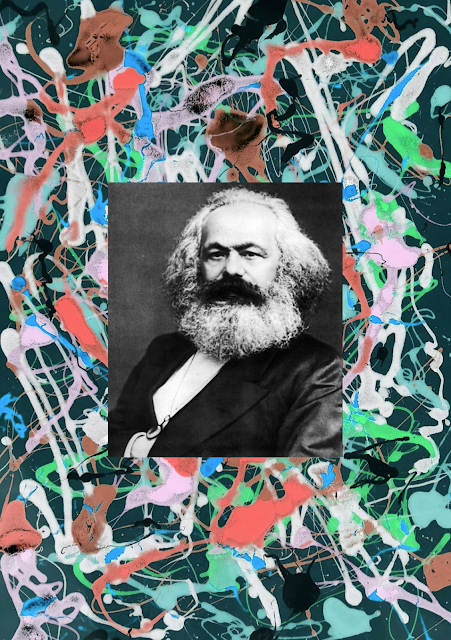 I thought I had found the answer, but nobody on my Physics course wanted to know! So, I joined the Communist Party to try and find out more about Lenin’s work. But even there, I never found a single person who would even discuss it with me. So, I continued to seek more answers in Marxist literature, but Lenin’s Book was all I found there!

And all the other self-proclained Marxist tendencies were no better. Politics and Science, it seemed, were mutually incompatible (or taken together, appeared to be beyond any single consistent understanding).

But clearly, in the way that such Marxists seemed to argue, they always insisted that they were being “very scientific!” Clearly, what was being called “scientific” in their “Reasoning” was definitely something else! It appeared to involve only the Mathematical Rationality of the Greeks, along with most modern scientists, that is, of course, not-at-all Holistic, but definitely merely Pluralistic, involving exclusively Fixed Laws, due to the artificially imposed restrictions upon ALL of their studied Situations.

Literally all such “reasoning” was erroneous, as Marx’s criticisms of most reasoning tried hard to dispel - but, with Marx himself being an Historian and Philosopher, he did not comprehensively identify and codemn the still-remaining Plurality, as such, so he too was unaware of the still involved and numerous False Bases still used almost universally in most Consequent Reasoning.

Lenin’s crucial lesson, in his valuable book, was NOT yet integrated, as it should have been by then, into an appropriately revised Modern Dialectical Materialism.

He had been on his own in genuinely developing Marx’s work. It was, therefore, no surprise, on many subsequent key occasions, that Lenin, wholly alone, managed to correctly interpret dynamic situations, as were regularly proved correct by subsequent actual developments! Just telling everyone Newly Discerned Truths is never enough: they have, also, to realise why they usually got things wrong! Lenin, himself, always had his finger upon the true pulse of the Developing Revolution, and within the White Heat of constant, incipient Change, he was effectively forced to insist upon his arrived at analyses - there was no time for Education Classes!

But Lenin was no dictator: his credentials were always being confirmed by Events. While, far inferior leaders, like Stalin, also insisted upon their required conclusions! They seemed on the face of it to be like Lenin’s style of conclusions, but, in fact, they never ever were! And, with Lenin’s tragic and premature death, the most valuable link to the most developed Marxism was lost!

In a long career in Revolutionary Poltics, I rapidly achieved leadership positions, but was never, at that time, really educated into appreciating Lenin’s Developments in Marxism: so, I too suffered from the usual inadequacies. Indeed, only in retirement did I have the time to study Lenin’s methods properly. And, without the vital revelations of Modern Systems Theory I would not have cracked it yet!

For, so-called Science still was wholly restricted to the Bottom-Up Approach, which was supposed to reductively explain All Causality - but instead it was only by what happened at the Atomic and Molecular Level (initially only dealt with in Chemistry, but, thereafter, presumed to determine everything in all other Higher Levels too), and nothing created above that Level was considered to be Causally important, at all. But, that was obviously wholly incorrect, and many Levels both above and below the one in question are always causally-active - though involving Bottom-Up Causalities, actually only occurring within the Levels, BUT then delivering consequent Top-Down Causalities which were active Between the Levels!

And, such an Approach necessarily omitted all the significant Changes occurring in transforming Development, which are, therefore, NEVER predictable in advance of them actually happening (a vital aspect of all Bottom-Up Causality): for they alone deliver the Wholly New - such as Life, Man, Thinking and even Social Revolutions.

As they didn’t even exist before: they are clearly created for the very first time, along with and within the Wholly New Development!

You can see the difficulty here for Holistic Politicians - for they can never promise beforehand, all the anticipated and fought-for Revolutionary Gains! What they actually deliver, are always solely the consequences of the effective creative actions, which more than anything else equips Mankind to make the future, even though all they can say is that it will be better than the the System before. 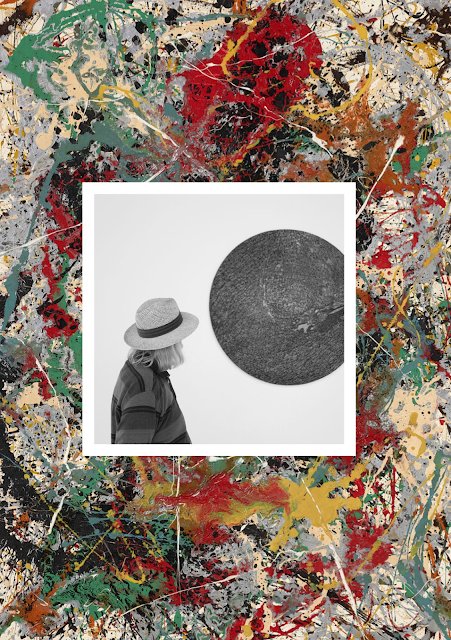 Now, all the teaching I encountered in all of my own Education, as well as in every single post I obtained, as an educator myself, whether in Schools, Colleges or Universities, had everything generally still clinging to the established Pluralist Stance, in all the scientific subjects I had to teach.

And, of course, no developmental conceptions were even possible: for that stance could never actually explain any Real Qualitative Change! So, there was no such thing as the Emergence of the Wholly New; all Laws were necessarily Fixed, and, to ensure this, all experiments had to be severely restricted and rigidly controlled, so that the Laws - thereby revealed - would conform to the unavoidably involved agenda!

The Real Laws of Reality-as-is were never addressed, during six decades spent in Science Education!

Now, let us be crystal clear in this assessment, Plurality works very well for many things, which is why it is rarely if ever questioned - it works perfectly for Technology and seemlessly for Production, because we can rigidly control all of the Systems involved.

BUT, surely the crucial purpose of Science is not to merely make things but to Understand the Natural World, Understand the many Systems we don’t or can’t control, and to Understand Real World Causality. With Plurality that was impossible to ever achieve!

So, a Theoretical Explanation of exactly WHY things happened as they did could never be revealed by the usual scientific methods! And, of course, there were consequences for this dominant Philosophical Stance throughout the other major areas of Study too, such as History, Philosophy and, of course, Politics.

For, everything undoubtedy evolves, and the dynamics of all their changes are unobtainable with the usual Pluralist prejudices severely distorting All Real Qualitative Development!

And we need to Understand how Natural Systems evolve now, more than ever. We need to Understand how and why they fail... by far and away the most devastating avalanches of so-called Natural Crises, are now, all over the place, due increasingly to the many decisions that are attempts to solve other problems we don’t really understand, but actually only accelerate the speed of Natural Threats that, instead of being under our control, are now swooping headlong towards unstoppable disaster.

The most obvious of these problems is Climate Change - which is already very close to terminally undermining many of the Actively Balanced Systems of importantly maintained and life-preserving Stabilities, on which the Level of Human Civilization relies.

While, elsewhere the urgent push for ever higher profits, in order to allay possible economic collapse, is also simultaneously undermining the need for the better safety measures needed to deal with Climate Changes’s many damaging affects - such as flooding and pollution.

Attempts to balance the economic system without a working Systems Theory causes unforeseen problems at all different Social Levels. For example, over-zealous cuts in safety-measures within Maternity Hospitals in Shropshire, led to delays in essential Ceasarian Sections in problem Births, and the avoidable deaths of several babies.

And, of course, let us not forget the Covid Pandemic - which was very badly handled by pro Capitalist Governments the world over, and which inevitably led to thousands of deaths of old and infirm people! But you see, doing what was right for the majority of People was no good for Profits and an Economic System reliant on perpetual growth - so that largely determined Government policies including a rush to return to maximal profit making - much too soon. And the effect upon the Care Systems for the old, infirm and disabled not only made it widely inadequate, but also drove many of the very best carers to despair, and an increasing number of exits from that profession, into less upsetting and exploitative alternatives.

This is just one example of the many labour shortages caused by criminal mismanagement of the economic system during this period.

Sadly modern Marxists have no answers to any of these problems either. It is vital that we now take a Holistic and Materialist Systems Approach to both Science and Politics, before it is too late, and these life support systems collapse for good. 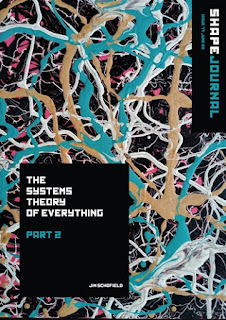 This short essay is taken from Issue 77 of SHAPE Journal - The Systems Theory of Everything II - It is also available on ResearchGate.
Posted by E Journal at 12:19