An Apologist for Liberal Capitalism 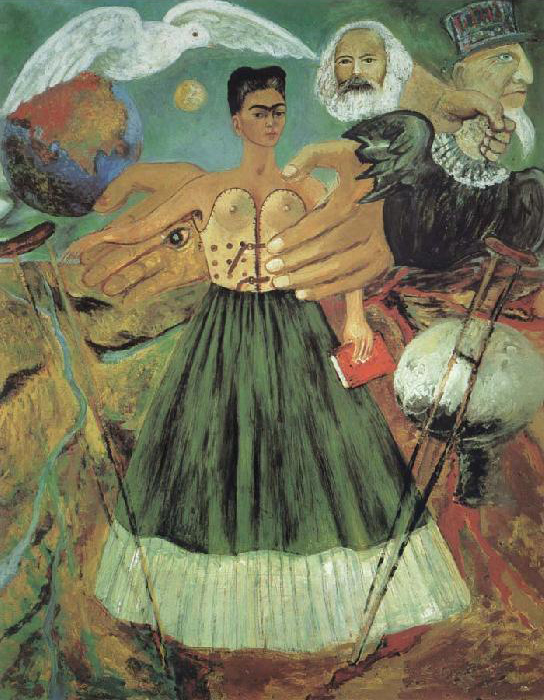 Joe Jervis’s article Is Marxism Dead?, as published on e-International Relations on 26th October 2011, is a remarkably biased, complacent and finally ignorant document.

And, because of this, it isn’t evident exactly who his intended audience is supposed to be! It is neither addressed to those who might “misguidedly” consider that Marxism may be the place to look to guide their own political activity, nor, absolutely certainly, to those who want to participate in the further development of that philosophical standpoint.

It is clearly a criticism from without, that is, from an a priori and clearly opposing position. For, when you do that you never attempt to explain anything. You already know “the Truth”, and hence cherry-pick your arguments to prove it.

Indeed, it was much more like a speech at a Party Political Conference – an applaud-able prejudice against the agreed enemy: an unlikely obituary by the graveside, hardly able to hide the broadest grin.

He catalogues the myths that were Marxism, and the unavoidable triumph of what he chooses to cal Liberal Capitalism. And he writes this in 2010, without a syllable on the World Capitalist Crisis, which commenced two years earlier, was deepening again at the time of writing, and has continued unabated, to be accompanied by the Arab Spring long before he actually published at e-International Relations. He clearly lives in his own tiny world, where none of these events are in the least significant.

He speaks of ideology and politics at length, and only once mentions philosophy in the same sentence as Marxism (and then entirely incorrectly).

It is clearly all about alternative Belief Systems to him, and that people arrive at their chosen position by listening to people like him, who can prove historically that Marxism was always mistaken, and could give you Chapter and Verse as to its total lack of validity with ordinary people “like us”. Some observers of the political landscape arrive at a particular ideology, more in hope than by good judgement, while others by careful consideration can, and do, approach “the real truth”. A major group of the former type he identifies as the Revolutionary Left, and “demonstrates” that they are chock-full of self-kid, and no real understanding of the World.

And he does this while identifying the very least revolutionary organisations as examples, such as the various Communist Parties, and even says that the McCarthyite Witch-hunt of the USA were understandable due to the intention of these lily-livered organisations to first foment, and then lead actual Revolutions (in the USA?).

He ranges over recent history picking out the salient features, and in conclusion pronounced Marxism as finally and permanently Dead!

What does he think Marxism is?

Clearly, he considers it an inverted myth, meant to guide political action: a programme for activists only, which he believes, he has proved to have failed entirely.

But, to write about Marxism without a single word on any of its historical origins in academic Philosophy, reveals that he had exactly what he wanted long before he did any research.

He does not mention Hegel, and the revolutionary nature of his contributions to Philosophy, nor the inversion of his idealist standpoint to Materialism by the very best of his disciples – the Young Hegelians, led by Marx and Engels, nor of the fact that Marx for many years wrote on European history and politics for a leading newspaper in the USA. He finds it irrelevant that these philosophers also integrated the brilliant contributions of Michelet in his Materialist conception of History, or of the great British contributions the Political Economy that were also a cornerstone of Marx’s developed position. To read this ignorant account, you would think that Marx was an uneducated dreamer.

Indeed, the width and depth of the contributions of the major figures in these developments get the briefest and most misleading of mentions. and only then when he thinks that such things could be made to fit his own damning analysis.

The First, Second, Third and Fourth International Workers Associations don’t get a single word, and without any proof at all he makes Stalin the natural consequence of this “ideology”

Revolutions he ignorantly thinks were the intentions of these Marxists, as if anyone at any time could merely decide to have one.

He is clearly an ill-informed apologist for Liberal Capitalism, and his analysis of the decline of “communism” as an ideology, rather than of Marxism as a philosophy, does nothing to re-arm the Working Class during this extended Recession.

He is certainly NOT on our side!
Posted by E Journal at 17:27