The Origin of Us 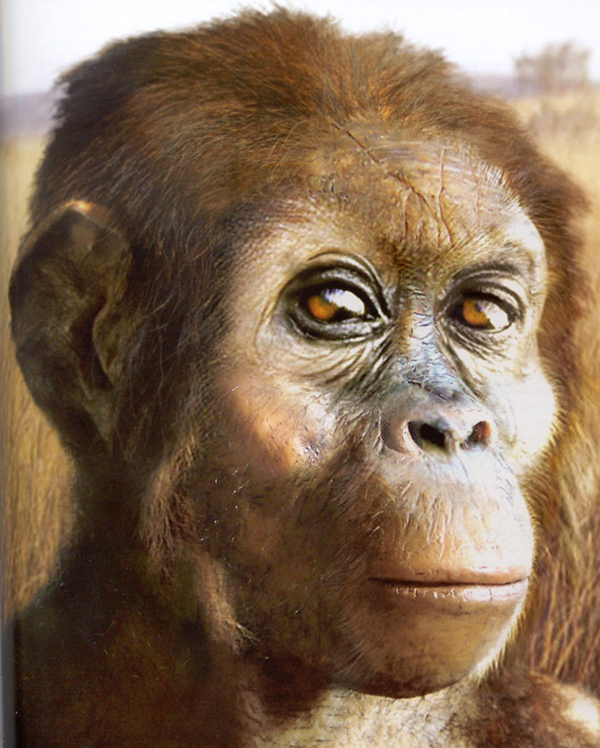 George Gaylord Simpson made perhaps the most telling contribution to the Evolution of Life on Earth with his interpretation of his extended investigation into the development of the horse, with the work that he carried out in what is now the US State of Wyoming, and in which he unearthed in an amazing series of fossils covering many millions of years of the history of this unique animal.

From the dog-sized eohippus all the way to the modern Equus, he collected enough evidence, on the one hand, from fossilised skeletal parts, and, on the other, about changes of climate during very long simultaneous periods of time, to begin to throw important light on the mechanisms involved.

A varying climate put changing and very different demands upon this evolving animal, which varied in response in several important ways. These involved the feet, the teeth and the brain, as evolutionary pressures selected for major changes, with each significantly different imposed lifestyle dictated by how the horse survived, reproduced and even prospered.

Now, the initial animal in this sequence eohippus had five toes on its feet, and teeth for browsing on leaves. It also had the brain functionalities and size of that needed by most prey animals of that size and mode of living.

But as climate changed, the most successful selective response in our dog-like animal was for increased speed of escape and for wide ranging locomotion to find ever-rarer areas of appropriate food. And these pressures gradually selected for a decrease in the number of toes, down first to three, and finally down to one. (See image below)

At the same time its teeth became those for grazing rather than browsing, and, most significantly of all, the brain grew considerably in functions and in size.

Now most evidence from the very distant past is invariably very incomplete, and conclusions drawn about the actual trajectory of development, between these scarce and widely separated signposts were naturally very unreliable. 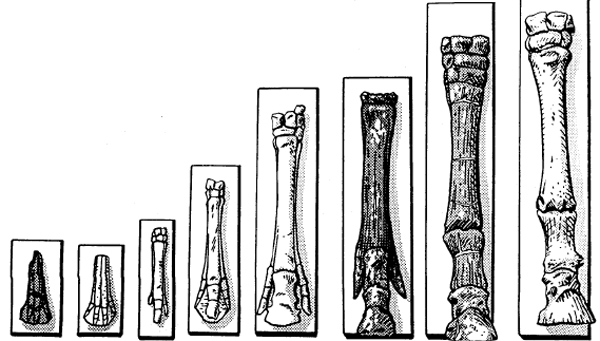 But Simpson’s chosen ground was remarkable for its truly large and relatively complete fossil record of these animals, that seemed to have lived in the same area for vast periods of time as both the ground beneath their feet, and the prevailing climate, changed dramatically.

Literally, the whole development was regularly delivered by enough fossils to make much sounder interpolations than were usual in most other circumstances.

And, of course, it was Simpson who was doing the investigating and the interpreting.

He was able to align his fossil evidence in a time-sequence, and could see developments in different parts of the animal’s anatomy as often parallel and connected changes. He was able to match these sequences both with a known sequence of climate changes and also, and significantly, with each other.

Crucially, he was able to see how changes in climate demanded changes in behaviour, which selected for important changes in the animal’s structure in various parts of its body. And, with such an almost sufficient record, his conclusions were much more reliable than usual.

Now, this section of my paper is only supposed to be a brief preface to a review of a TV programme, The Origin of Us, presented admirably by Dr. Alice Roberts as a BBC series (currently being repeated by The Eden TV Channel). So, clearly, I am not attempting a thoroughgoing description of Simpson’s work. [By to those who don’t know of this work, I recommend his great book, The Meaning of Evolution].

But his relating of a changing environment to the selection of modifications in the mode of life, and resultant changes in various functional parts of the animal as it evolved were exemplary.

For his crucial conclusion was how the single-toed foot for maximum speed on the plains, plus all those muscles that could facilitate the turns and changes of the chase, also and inevitably led to changes in the brain to control these new features effectively.

The various possible means of movement of the “horse”, which included co-ordinated use of both locomotive and balance muscles led to a rapid development of the brain to cope with such demands.

And, once the brain had significantly expanded in this way, the possibilities of other new functions could also arise to take advantage of the extra brain cells.

And it is this interpretation that I believe throws important light upon Alice Roberts similar interpretation of the development in human evolution over several million years. For in this series, Alice draws attention to the developments evident from the skeleton in finally producing homo sapiens as it was in its evolved state as a hunter/gatherer.

Homo sapiens possessed two remarkable things: first, it kept all five digits in its forelimbs, which also ceased to perform any part in locomotion, because the species became bipedal. It stood and moved on only two legs. This totally released the forelimbs as arms. And their digits became manipulative fingers. So, clearly this meant that a whole new set of possibilities, and consequent uses of their hands demanded, and got, by selection appropriate control developments in the brain.

But, this was a very unlikely predator. It certainly wasn’t strong, and had NO enormous claws or teeth. Indeed, the most important evolutionary development was (as with the horse) in its supreme ability to run and it could also sustain that for very long periods.

Many associated and necessary developments occurred, due to the emergence of a natural Running Man. 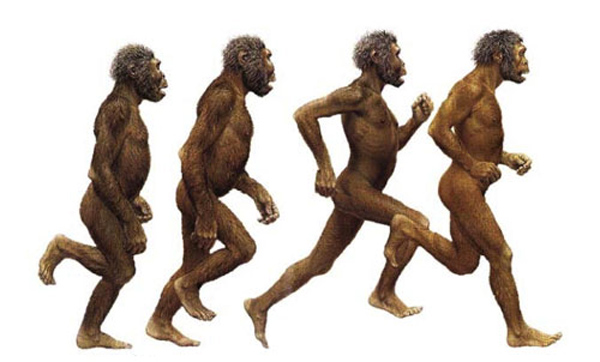 Balance, as well as locomotion, required appropriate changes in the brain, while the liberated hand became the most dextrous limb in the whole animal kingdom, and consequent brain changes ensued in that connection too. To see just how brilliant this limb became, merely watch a concert pianist playing a major concerto.

Now my reason for writing this review – apart from thoroughly recommending the viewing of this excellent series, is also to disagree with Alice Roberts allocation of the development of the large human brain to adequate sustenance and hence down to the use of fire in cooking food.

Though this was undoubtedly very important, I cannot agree that merely sufficient cooked food caused the growth of the human brain. It helped, of course, but Simpson’s reasons for a similar development in the horse far outweigh sustenance in the rapid acceleration in brain size. 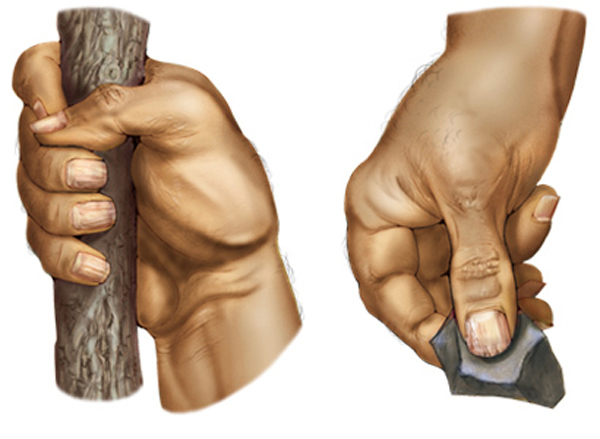 As Engels outlined in The Part Played by Labour in the Transition from Ape to Man, it was the hand that did it. And his 19th century contribution, plus the revelations from George Gaylord Simpson, and even Alice’s comments on the Running Man, are surely the main generators of the developed human brain. For once it had been established it could do a great deal more.