The Meandering Path to Truth 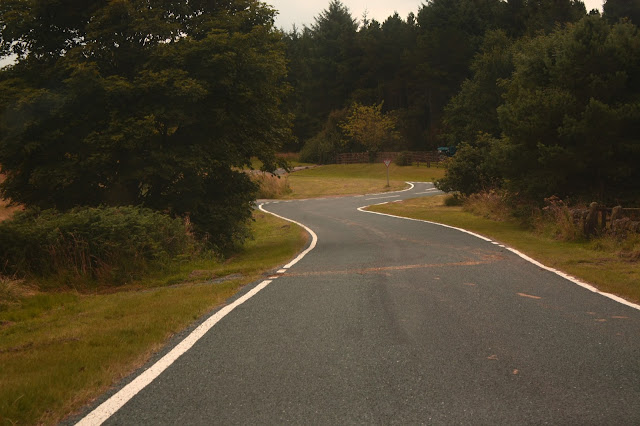 Whatever happened to Theory?
Prediction requires absolutely NO theory, only the extraction of a pattern! So, to make prediction the touchstone for understanding is frankly nonsense. Indeed, what now passes for Theory is without doubt merely Form, and the supposed essences that we delight in, as equations are merely descriptions of recurring formal patterns. To make such equations the foundation of Reality, and of its investigation via Science, is an abandonment of its correct and empowering materialist standpoint.
It is put simply, Idealism!

“Form drives Reality!”, is the credo!
But what determines Form? Without real Theory – explanation in physical terms - we are worshiping totally disembodied Pattern, and The Place where such things can be so ably manipulated is surely in the Human Brain.

So, in looking for a source for these driving essences, we find that we have a “ghost” in the machine (or is it “an elephant in the room”?) - the Thing that thought these Forms? It is either US, in which case the whole standpoint collapses! Or it is GOD, in which case, “Goodbye to Science!”

The apologists for a purely Form-based Physics, struggle to find these ultimate essences, and even occasionally (as with Bohr and Heisenberg) totally reject any attempted physical explanations, and instead prefer to dwell in a World entirely determined by Pure Form alone. Of course, such a World is NOT Reality! It is the well-known World of Pure Form alone, which I insist on calling Ideality, for quite obvious reasons.

And these few words cannot, of course, completely define the philosophical stance of today’s physicists. For buried within their history over many centuries are a series of assumptions and principles, which were dreamt up and adhered to for the facilities and empowerment that they delivered. And they were not only unavoidable, but also necessary. Mankind can only do what is currently possible at their present stage of development.They are not Gods! We cannot look down upon Reality as something other, seeing all in evidently causal detail.

We are part of Reality: a particular type of Ape, that is in the process of evolving into something different, and that as part of this development has invented a series of paths towards understanding Reality – or Truth, as we like to call it.

Now, all of these, in retrospect, can be seen as being inadequate, but also, all of which were, in their time, both invaluable and distinctly progressive. We found ways of extracting fragments (or aspects) of truth from Reality, and employing them effectively to our advantage in many diverse areas.

We have never dealt (nor can we now deal) in Absolute Truth, but only in invaluable Objective Content.

It is stupid to condemn Mankind for supposedly “making mistakes” in the past. That was not what had happened at all! Mankind found ways to extract more and more Objective Content, by simplifying or redefining Reality in various useful ways. And the earliest and most useful of these was undoubtedly in recognising common Forms. It was not by accident the Euclidian Geometry was so early on the scene as an integrated system of dealing with extractable shapes. Yet, there were NO absolutely straight lines, or dots of zero extension, or absolutely flat and infinite planes: all of these didn’t exist anywhere! Yet, within that approach to Form in Reality, there was sufficient Objective Content to make it an extremely valuable tool. Yes, Mathematics IS only the superb Handmaiden, and certainly NOT The Queen!

But, in spite of this view of Mankind’s efforts in dealing with Reality, it is also true that actual major mistakes – real significant errors are made, which cause a major retreat from the usual march of Science, and which has brought Sub Atomic Physics to a significant and seemingly irresolvable crisis that has now persisted for about a century. The Copenhagen Interpretation of Quantum Theory was such a major retreat!

But, to merely blame Bohr and colleagues would get us absolutely nowhere. For the seeds of that calamity had been sown millennia earlier, with our most basic (and useful) assumptions and principles. Indeed, the period around 2,500 years ago was crucial: for it was perhaps the most revolutionary epoch in ideas and lead to a truly magnificent period of development in ways of Human thinking.

Two basic standpoints were somehow extracted from Reality-in-General. First, there was Holism by The Buddha, and secondly there was Plurality by the Greeks. Both of these were magnificent inventions that advanced Objective Content, but in very different ways. Yet, though neither was sufficient in itself, they both survive to this day, because of the real gains they delivered.

Yet also at that time in Greece, a lone voice already demurred. It was Zeno of Elea, and his realisation of the invented nature of our most basic premises, meant that all the discussions and arguments taking place at his time in Greece were founded upon two mutually exclusive premises – Both of which could be clearly shown to be inadequate.

For him to get up and merely pronounce that would certainly NOT do the trick, so he devised a series of Paradoxes, which demonstrated hoe each of these alternatives led to inevitable contradictions.
They were the conceptions of Continuity and Descreteness.

But even deeper in their thinking was the universally accepted Principle of Plurality, which saw everything as analysable into its component Parts, and that these would be entirely separable: that is independent of their existing contexts entirely.

The holistic alternative of The Buddha took the exact opposite view, and saw everything as intimately linked and determined by everything else. You could NOT extract separable things out of integrated Reality, without transforming them.

Now, this being the case, such premises did, and still do, determine the trajectory of our conceptions, and as with Zeno lead inexorably to contradiction and inevitable impasse.

But pragmatic and intelligent as Mankind certainly was, ways were found to get around such barriers, NOT, it must be emphasized by transcending them, so such a tortuous path would certainly leave many things unresolved.