Quotes and Inferences from The Wonders of Life 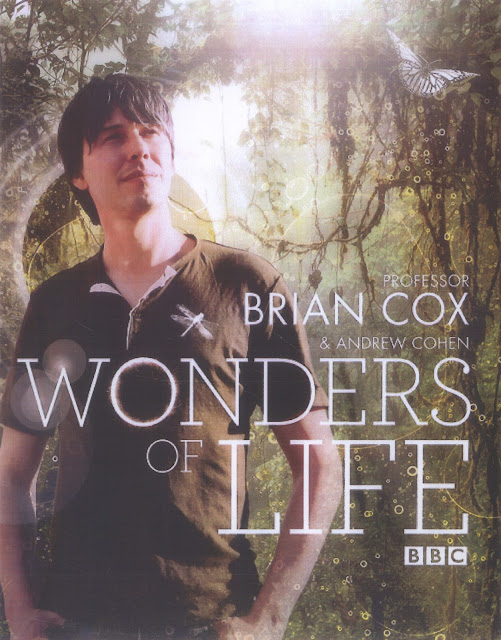 
Let us consider some of the direct quotes, or occasionally the recast statements that infer certain positions uttered by Professor Brian Cox in the What is Life first installment of his Wonders of Life series for BBC TV, which commenced on Sunday 27th January 2013.

Elsewhere, this writer has written a review of this programme, but the exact meanings of part’s of Cox’s narration really do need to be revealed as exactly as possible as he delivered them, because they do reveal exactly where he is coming from, and what he actually believes, not only about Life, but about the true nature of Reality in general, which he is certain resides primarily in his own specialist subject – Physics.

For Brian Cox is most certainly a fully paid up member of the current consensus in Sub Atomic Physics, He agrees completely with the so-called Copenhagen Interpretation of Quantum Theory, originally put forward by Niels Bohr and Werner Heisenberg, and this puts him, and all his colleagues, into a particular and surprising philosophical position.

For the whole group are what are usually termed “shamefaced materialists”, who have steadfastly embraced a purely idealist philosophical position, beloved of such people, which has physical Reality being wholly determined by abstract, disembodied and purely formal laws. These are so pure that they can be most perfectly represented by mathematical equations.

Now, let us be quite clear exactly what is involved in such a position. These laws have to be eternal – in existence throughout the duration of our Universe, and act as driving essences, actually making the concrete material World behave as it does. Now, you may find it hard to believe that there is anyone at all who subscribes to such a position, and especially professional scientists, but I assure you, it is entirely true. They do have reasons, of course, for such a profound retreat from the once steadfastly maintained materialist standpoint, but that will become clearer as this exercise proceeds, along with just a little history of 20th century Physics.

For, this position has been around for some considerable time, and is usually termed as Positivism when applied within Science. But, a much more descriptive label is the philosophical term Agnosticism (“I do not know”), for though the position purports to be materialist, it also says that there are many things not only that we do not yet know, BUT that we can never know: things that are “Unknowable Things in Themselves”.

Clearly, this was the stance made famous by the philosopher Kant, though it has resurfaced several times – a fairly recent interlude being at the end of the 19th century, with what were sometimes called the Empirio-Criticists. This group included both of the scientists Max Ernst and Henri Poincaré.

When, a little later, something like this position was considered necessary to paper over the ever widening cracks in 20th century Sub Atomic Physics, there was already in existence (and fairly “modern”) a body of philosophical suggestions that these physicists could subscribe to, and indeed tailor to their particular needs in their very esoteric area.

Now, in taking what Brian Cox actually says about The Wonders of Life, you certainly must see clearly where he is coming from. He is “in one way” a materialist, stressing the development of Reality without recourse to any spiritual or supernatural input, while, at the same time, rejecting the longstanding purpose of Science to explain why it is as it is. And, to cap it all, he surrenders all impetus in development entirely to a set of eternal Natural Laws – abstract relations (or Forms), which he insists actually “cause” the World to behave as it does, and even develop as it has.

So, nice easy put-downs will not suffice in dealing with such post-modernist eclecticism. The positions taken do NOT form a single coherent standpoint, but a variously based one, with either omissions (not spoken about), or a papering over the cracks (spoken about at length). So, the reason for these extractions from the programme should be clear. If you think that this universally commended paragon has been misquoted by this critic, you can make up your own mind by studying these important quotes. You may find many of his throw away lines more than a little difficult to accept. This fairly extensive collection will reveal many questions, which Cox does not answer, and many arguments that are certainly invalid.

Now, I originally thought of countering every single quote, but let’s face it, they do speak for themselves! I cannot imagine many reading them with a genuine realisation of their truth, and with real pleasure. I am sure that they don’t need me to explain which orifice he is talking out of.

NOTE: For those who might like to hear a more explicit alternative to Brian Cox’s conception of Life, this author has written another parallel paper attempting to do exactly that.