Real Marxism? It is a Philosophy. 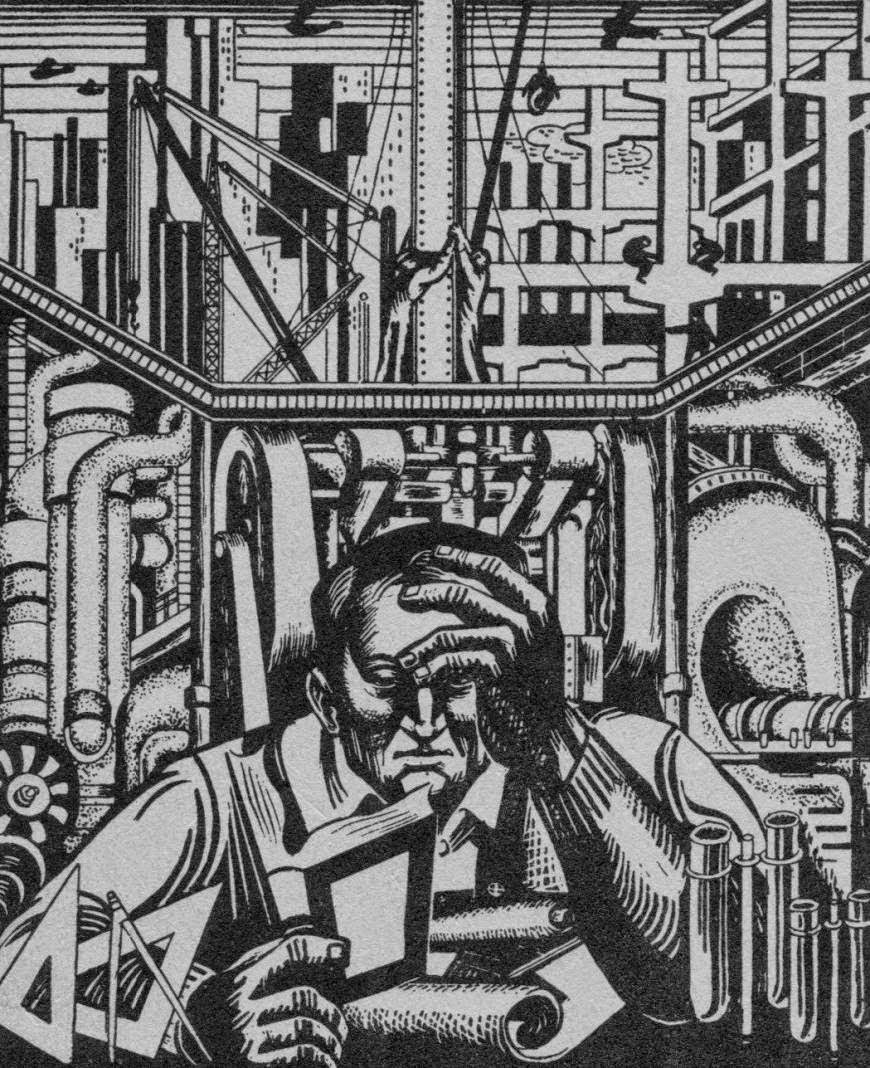 There are today many people in left-wing politics, who say that they are Marxists. But, what do they mean by it?

For decades after the Russian Revolution, it was that Event, which guaranteed their stance. It was, after all, the ONLY successful socialist revolution, and had most certainly been led by followers of Karl Marx, after his central theoretical role in the establishment of both the First and the Second Internationals.

But, what was it that made Marx’s position both entirely appropriate and unique?

Activists had been calling themselves Socialists for many decades before Marx, but he started from a very different place to almost all of them. He started as a philosopher; a follower of the Idealist, Frederick Hegel, and his conversion to that standpoint was achieved by the truly tremendous contributions of that academic philosopher in his chosen area of Thinking about Thought. It couldn’t have been more different than that of the majority of avowed “socialists”. And, after his conversion to Materialism, Marx spent a great deal of time criticising what he called the Utopian Socialists.

For him, the KEY was Philosophy!

And by this he did not mean Academic Philosophy – knowing and describing all the possible varieties, but, on the contrary, and with the same imperatives as the fast growing discipline of Science, his objective was to base all political activities upon establishing the closest understanding of the real nature of Society that he could achieve.

And, he was certain that to be able to do that, you had to follow Hegel’s analysis of Human Thinking – Dialectics, but applied to absolutely all developments, and particularly to that of Society itself.

Now, having myself been in one or another self-professed revolutionary party for over 50 years, I can insist that the people I worked with were NOT like that. From being 19 years old, studying Physics at University, I had come across Lenin’s critique of the philosophy, then in the ascendency in Science – Empirio Criticism, and as a real Marxist, he immediately had known that here was a philosophy that was going badly wrong. On reading his Materialism and Empirio Criticism, I knew it too. And from that moment on I became a very unusual person indeed: for I was both a Physicist and a Marxist.

I soon found that, in my academic studies, these two commitments were said to be on opposite sides. Not a lecturer or a fellow student in my course agreed with me. Physics as a discipline was marching steadily in a very different direction from the Philosophy of Marxism. Yet, it was clear to me that the exact opposite should be the case!

Now, experiencing such a revelation was, I’m afraid, insufficient to either bring about this necessary union, or even develop myself as a Marxist. So, I joined an overt Marxist Party to remedy my evident inadequacies. I hoped that I could be an affective political activist AND a better physicist from what I could learn about Marxism.

But, that wasn’t what I was able to get from a very long history in the Communist Party, the Labour Party the SLL and the WRP, nor did I find anything better in the many other varieties of Trotskyism in UK politics.

In fact, philosophically, they were nowhere, and the reason was that they didn’t DO Marxism as professional, full-time method. Indeed, the only reason I had got so much from Lenin’s book was that I was a physicist, and he was dealing with the then standpoint in Physics, but better than the agreed leaders in the field.

You could never become a Marxist by merely reading the Marxism of the past: you HAD to be doing it NOW! And, in an area you were intimately knowledgible about.

I finally became a Marxist by constantly applying what I knew of that stance in my own specialisms. And, these ranged over Politics, Physics, Biology, Archaeology, Evolution, Sculpture, Mathematics and Computing. Indeed, my stance took me on an unusual journey, and by the time I had posts in various Universities, I was the first port of call for researchers in literally all disciplines, who required tailor-made software to aid them in their studies.

Though I didn’t plan it, my specialism became Computers in Control in a surprisingly wide range of disciplines. I even won a BIVA award with a colleague for our Dance Disc – a Multimedia Aid for the Teaching of Dance Performance and Choreography.

With an increasingly Marxist stance and method I became the leader in this field, and finally got a professorial Post in London University, on the basis of this work.

There could be no doubt about the importance of Marxism as a philosophy, but, the understanding of exactly what that meant in particular areas of application, was something that had to be discovered, involving both successes and failures.

It wasn’t an infallible formula, but a philosophical method that had to be constantly re-applied to an ever-changing context. Book-Marxism was a waste of time, and speculative-Marxism also regularly proved inadequate. Marxists had to be professionals in the best possible sense.

Now, problem number one was that many “Marxists” would agree with all of this, but only apply what they had learned to tackle, which was solely concerned with political problems. But, that could be a dead end! The real power of this philosophy was its universality and its recursivity, for that meant that it could, and indeed, should, be applied to all other disciplines, especially those that were your professional area of expertise.

So, how does it differ from the usual approaches?

First, there are no eternal Natural Laws in Marxism!

The task is always to increase the amount of Objective Content in your theories.

Let us take the example I know particularly well – Physics!

This supposed-to-be Basic Discipline – on which all others are causally based, is incorrect.

It is the simplest basis, but can tell us nothing about the real dynamics and development of all other higher levels of organisation. Most particularly, it can say nothing about Life, about Mankind, or about Human Societies. Indeed, the modern Marxist stance on Physics has been greatly advanced by discoveries at higher levels – not least in the revelation of Emergences (or Revolutions) in the real Qualitative Development of these levels. For now, these same features have been revealed as absolutely imperative in Physics itself – especially in the Major Crisis now unresolved for almost a century!

Indeed, more generally, the usual methods were constantly coming up against both contradictions and dichotomous Concepts, and “solved” them by setting up new categories of study, to ignore these impasses, and carry on with the same methodology, but now in a new, isolated subject. The old methods proliferated the number of these categories, and forever shelved the contradictions that separated one realm from another, as something for “resolving later”.

Now, how did this affect my attempt to become a real Marxist, via my own specialism – Physics? I finally realised that it was up to me. No one else could do it for me.

Initially, literally all my work as a teacher in schools was determined by what I had been taught in my own education. And, there was much there to be communicated and explained to my students. Indeed, it was this imperative of Explanation, that had taken me upon a different route from the now-in-charge physics community. Explanation, which I considered to be Science’s main virtue, was steadily being replaced by Formal Equations as the real, driving causes. So, as a teacher, I from the outset considered it to be my job to “Explain Why” things happened as they did.

The effect on my career was significant. I switched first to solely teaching Mathematics, then Biology, and finally, Computing.

But, in spite of a better approach, I still had to develop philosophically, when I finally scaled the heights via Further Education, finally getting posts in Universities in Hong Kong, Glasgow, Bedford and London. The clincher was when I switched from a Teaching Department to Computer Services, and made my job one of helping researchers in ALL disciplines by writing tailor-made computer programs demanded by the full range of discipline experts. Success in a variety of unusual disciplines caused me to be approached to write a chapter in IBM’s Research and Academic User’s Guide.

Only then, did my philosophical development become consciously Marxist.

The epitome of this work was to be awarded a British Interactive Video Award for the Dance Disc – a multimedia Aid for the Teaching of Dance Performance and Choreography. A following series of projects took us to a leading position in the field, where we have been for 15 years. You would think that more experienced practitioners in the Dance World would catch up and pass us, but it hasn’t happened. There are NO Marxists working in Dance Education!

Now, the above is, of course, a very truncated account.

Indeed, I continued to do research of my own in Mathematics and in Philosophy, and by 2010 I had produced a non-Copenhagen Theory of the Double Slit Experiments and a New Theory of Emergences. My colleague in Dance and I produced another dozen titles, and she was awarded a Ph. D. for her brilliant adaptions of her extensive teaching knowledge to our products.

When my sight began to fail, I retired from that work, and became a full-time Marxist writer on Science and Philosophy

And, in politics, it wasn’t just activism, or knowing what Marx said in innumerable situations. It was definitely his philosophy and dialectical method that was crucial. And, I had to apply it (once I grasped it) to the biggest ever Crisis in Physics – the Copenhagen Interpretation of Quantum Theory, and begin to solve its many anomalies to confirm that I was finally a Real Marxist.

Of course, this very short paper has said very little about The Marxist Method, because stating in it generally is neither easy nor informative. The core of the Method is constructed upon Hegel’s discoveries into how we actually think, and, most importantly, how we are regularly brought to a halt by impasses, occurring as consequences of our assumptions and principles. What he then delivered was not just a view of this trajectory, but also a means of transcending its impasses.

And, of course, the detailed nature of these will look very different in widely separated disciplines. Finally, this method cannot be a final and fixed set of procedures, but will be at any juncture limited by the width of our applications and consequent understanding. So, to continually develop it, it has to be re-discovered in discipline after discipline, and literally all the time, not only solving the particular problems involved, but also in developing the philosophical method too.
Posted by E Journal at 12:32