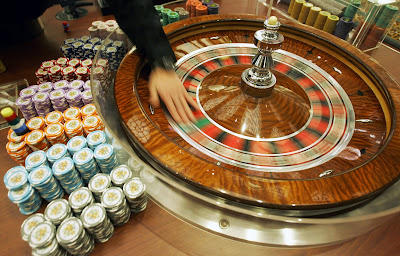 The article in New Scientist (3022) entitled "Capitalism’s Hidden Web of Power", questioned the current analysis of the 2008 slump. Yet, the slump, itself, was more or less taken for granted, and the only important questions to be addressed were deemed to be about how to police irresponsible companies, so that such things could be “nipped in the bud”, and retrieved before too much damage was done. The idea was that, with sufficient information, an impending crisis could be avoided. The recession would not be so deep, and the recover would be much swifter!

These correcting analysts insisted that the criteria for assessing risk were inadequate. Various institutions and involved researchers now vied to add the obviously as yet excluded component, which they termed “Complexity”.  [Not the many other meanings of this word, but merely how complicated many companies had become was what was meant]. But, of course, they were wrong too!

Complexity as it was now being revealed is there on purpose - to HIDE things!

But, it isn’t the methods used in organisation that are the unintended reasons for this problem, but exactly what they are always trying to hide!

The reason for these desperate swoops is the nature of Capitalism itself! And, of course, this has to be hidden at all costs. Tell me, are these regulators going to rearrange things so that the real causes are plainly evident? Of course they aren’t.

No one really looks closely at how Capitalism works. It is treated as a natural given, and all efforts are concentrated upon re-organising the deckchairs on the sinking Titanic! 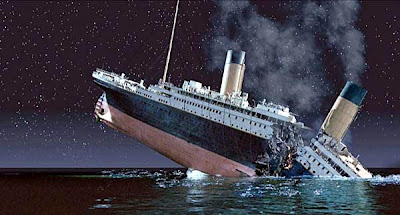 So, why do slumps occur? For that they certainly do! How can a system sustain itself in the face of the most unavoidable chronic crisis?

If Capitalism, as is claimed, delivers, of itself alone, “a better life for all”, why is it so frail, and so regularly (and catastrophically) compromised? Can you really blame it all on Complexity? Of course not!

It is much more likely that it is inherently and fatally flawed. And simply cannot avoid these major calamities. Is it not inevitable given how Capitalism actually works? Whilever the so-called experts are studying Complexity, no one is studying modern Capitalism as an economic system. And, no one is addressing its regular crises and inevitable, ultimate collapse.

What is the guiding Principle of Capitalism? It is the acquiring of PROFIT! And, what precisely is that? Is it like wages for work done? NO, it certainly isn’t! It involves having wealth, and investing some of it to get a nice regular addition to it! It is “Much getting More” without really doing anything for it.

No, they aren’t! The Stock Exchange guarantees that. Only the uninformed small investors will be wiped out! The big boys never get ruined. They even make money out of slumps. NOTE: In 2008 a famous British Capitalist was seen in Iceland, as its economy was collapsing, buying up whatever he could get for a song! How do you think he did out of his hurried trip?

PROFIT is an added overhead above all real costs and payments, to pay both owners and investors an unearned bonus. And, indeed, some of these playing the Stock Exchange don’t even care what their investments finance. For as soon as a profit is to be made they SELL! 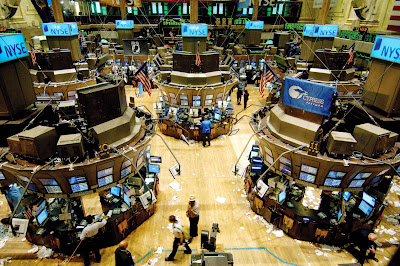 Now, you may well ask, “How on earth does it ever work (between the slumps of course)?”

It is because there is always the promise of unearned profit literally forever.

That keeps moneyed people investing, and others setting up companies. But, the values generated by such activities are never real values. So-called confidence inflates expectations and hence Market Values always above Reality. Yes, always!

Indeed, within Capitalism, inflation is not only inevitable, it is actually essential, for it helps the company owners in two different ways. First, it decreases the current values of the wages they pay their workers, and, second, it also decreases the real value of any capital loans that they must pay back. [Just imagine what a mess they would be in when Deflation is in charge – the value of borrowed loans increases, and the value of their workers wages increases too]

Capitalism is a system for owners, and is built upon Credit in its every corner.

And, of course, the mismatch between Reality and inflated values occasionally gets revealed, and the whole edifice begins to crumble.

And who then is made to pay?