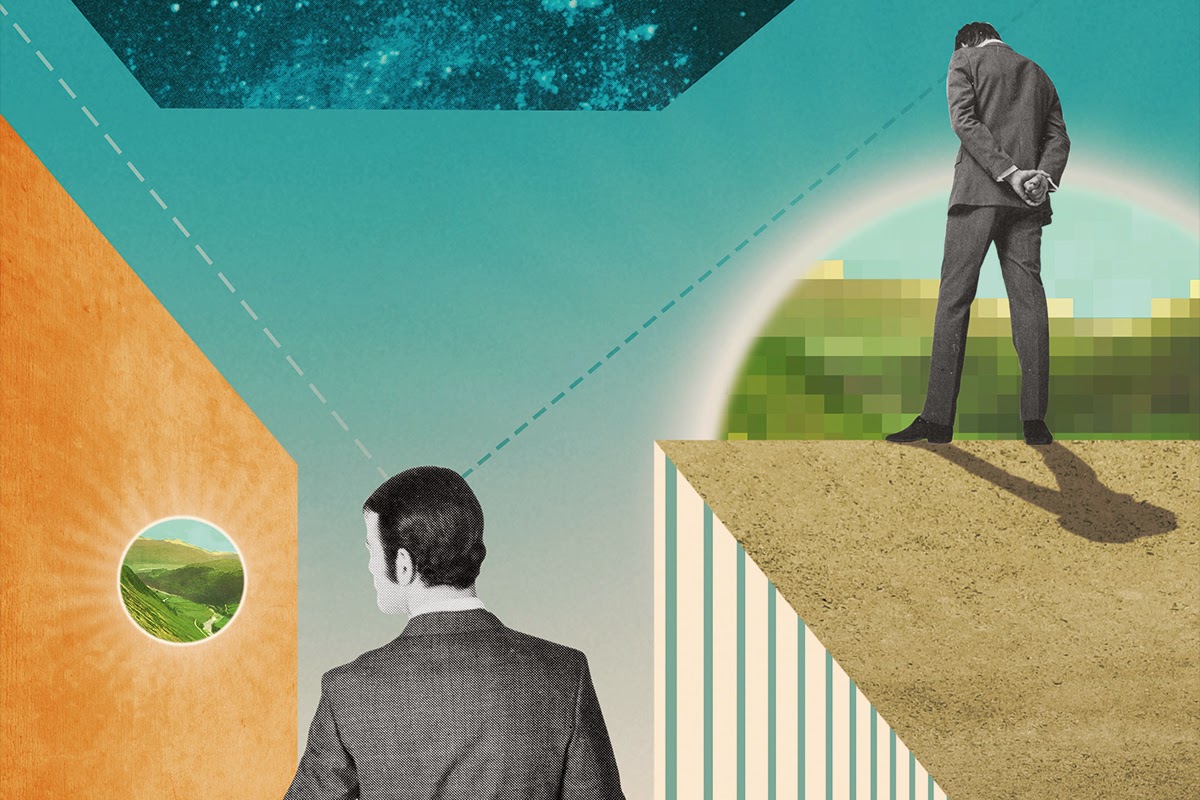 You Cannot Make a Silk Purse out of a Pig’s Ear!

Indeed, it is a perfect example of “re-arranging the deck-chairs on the sinking Titanic”. It offers NO profound additions to a majorly flawed consensus Theory about the quantum, and certainly presents no kind of alternative.

For the very real problems, inherent in modern Sub Atomic Physics, are not even recognised as existing, never mind presenting any solutions to them. The “New, Pure Theory” is not even scientific: it explains absolutely nothing, and, at best, infers incomplete treatment of particular key areas, without delivering any solutions.

It does recognise that something is crucially mishandled by the usual “scientific” paradigms, but then proceeds to wrap them up in the same sort of idealist presentations as before! There may be something useful in recognising their two categories, but standing where they do, these theorists are clearly incapable of seeing what is actually causing these two views, and can only offer “insufficient information” as their diagnosis of the problem.

The question is, in a World pre-ordered and limited by a particular mistaken stance, can they ever break out?

The answer, as this article clearly demonstrates, is that the answer has to be “NO!”

And, to clearly describe that stance we have to go back to, long before Copenhagen and even Relativity redirected Physics, we have to be clear on exactly what was, and still is, being studied in Science, and why that perspective leads them astray.

For, it definitely isn’t Reality-as-is that is addressed - that would be much too messy and unintelligible.

What Mankind found that they could do, however, was carefully choose an area to study, then isolate it from everything else, and begin to selectively modify it – removing confusing factors, and controlling others, until, in an extremely well-farmed situation, some quantitative relation would be clearly displayed, and could, therefore, be extracted.
This is what scientists strive to achieve, and generally succeed in doing it.

But, it most certainly isn’t unfettered Reality, but, on the contrary, it is always an extremely well-farmed and different situation, with ITS consequently evident relation.

Now, let me be clear: all of this is eminently reasonable, especially if your determining objective is to USE that relation in some purposive way!

BUT, it is what is, thereafter, assumed about Reality that is the real and misleading problem.
Is the obtained relation an eternal Truth about Reality: always and everywhere: is it a Natural Law?

It is a “law” of that precise and purposely limited context, from which it was extracted. And, the unopposable proof of this is revealed when you actually USE that “law” For, you have to re-construct the exact same Domain that was created to deliver it. Otherwise, it just doesn’t work!

All of Technology proves in every one of its applications. And, to get those vital conditions correct is what Engineers do: it is their valuable skill, especially when it comes to commercial production. So clearly, even the “technological” route is an entirely reasonable thing to do.

But, that is NOT the sole aim of the scientist.

Indeed, scientists have to conceive of how to discover it, then carry it out and finally EXPLAIN why it is so. But, our usual methodological tail wags the understanding dog! And, it leads us to assuming that the “extracted law” is actually present all over Reality totally unchanged from the state in which we extracted it. Everywhere in unfettered Reality this law is considered to be the same: it is an eternal Natural Law. No, it isn’t!

And, as we extract further such “laws” (each with its own appropriately farmed Domain), and insist that is precisely these “laws” that together in Reality-as-is make all the phenomena that you see happen.

And, there is more, to establish this assumption, there is an assumed to be universally true Principle, that of Plurality, which sees such “laws” as the real motive forces, and that they, each and every one, are intrinsically separate from one another. These “laws” don’t change, and any situation in Reality is then a mere SUM of such “laws” in various proportions: they remain exactly as we unearthed them in our experiments.

This is so fundamental that the whole discipline has to be necessarily re-labelled as Pluralist Science. And, that isn’t Science!

Now, that would be bad enough, but it isn’t all that is wrong.

For, the whole set of methods employed in Pluralist Science, have as their main objective, the extracting of these relations, via quantitative measurements, and, with these in their hands, they then arrive at an important process – they both simplify and idealise the data set, by fitting it to a pure, formal, mathematical relation. All deviations from this processed and tailored version are dismissed as irrelevant noise, due to non-essential factors.

So, to the error of Plurality, we also have to add that of Transforming Abstraction, which makes the data set into something else.

And, indeed, the formalised “law” actually becomes the “cause”(?)

Now this is clearly fundamental!

Though scientists historically always felt obligated to accompany their pluralist quantitative forms with Physical Explanations, these became more difficult to construct out of the increasingly opaque equations that were dredged from Mathematics to match JUST the extracted data sets, so the requirement for explanation was increasingly dropped.

Instead of the previously dualist philosophical stance, involving both idealistic equations, tempered by materialist explanations – this slipped into a wholly idealist stance, where it was the Equations that were the real determinators.

Now, it is this wholesale retreat that underpins the post-Copenhagen offerings, and without the necessary explanations, these were more and more evidently dead ends in the real understanding of Reality.

Indeed, even the new discoveries of these researchers, which contain real Objective Content, were emasculated by their subsequent theoretical treatments. They were on the threshold of realising the existence of holistic, mutually-affecting situations, which couldn’t be analysed in the old pluralist ways, but once more turned these into their usual solution – to treat them statistically without finding out exactly why they occurred. Indeed, Randomness has become the last refuge of Pluralist Science.

Now, clearly, this criticism needs further definition and amplification, and that has been undertaken in a whole series of papers and even whole Special Issues of the SHAPE Journal, which are already published on the Internet, or are already written and scheduled to be added to these in the near future. But here, we can briefly preface that work by answering the question:-

Where is the Door to Reality?

So having debunked the consensus in present day Sub Atomic Physics, as it has developed since the adoption of The Copenhagen Interpretation of Quantum Theory at Solvay in 1927, it is clearly necessary to indicate a superior alternative.

And, that is already underway and is beginning to deliver profound results.

For, in spite of Plurality and Formalism as the two evident impositions foisted upon Reality-as-is, there is also another purely physical limitation that prohibits an alternative being applied.

It is the assumption of Space being considered to be essentially Totally Empty – and this is not only out there in the Cosmos, but also everywhere else - down to the micro level, even existing between the supposed bottommost particles of Matter. But, that isn’t true either!

Indeed, this theorist (Jim Schofield) decided to tackle the famed Double Slit Experiments that are widely regarded as the most important proofs of the legitimacy of the Copenhagen stance. And, his first assumption was that this “supposed Empty Space” is actually filled with a Universal Substrate.

Of course, it had to be undetectable by the usual means, so he also defined a substrate of particles, which were composed of already known and stable sub particles that could deliver this substrate, as well as things like the propagation of Electromagnetic radiation/ With his defined substrate, he was able to explain ALL the anomalies of the Double Slit Experiments, without any recourse to Copenhagen at all!

The next major error had been, once the Ether could not be detected, was to abandon the concept of a substrate altogether. Now, if this achievement with the Double Slit was all there was, there would be an argument to dismiss it as it just doesn’t explain everything. But, an Indian scientist, Mohan Tambe, has put forward a different particle to make up a substrate, which seemingly effectively tackles Electrical and Magnetic Fields, and the American scientist, Glenn Borchardt has described yet another, which explains Gravity. It is, therefore, already underway to conceive of so-called Empty Space, as actually containing a variety of undetectable particles, which between them (or even in combinations) can deliver what Copenhagen certainly cannot!
Posted by E Journal at 12:04