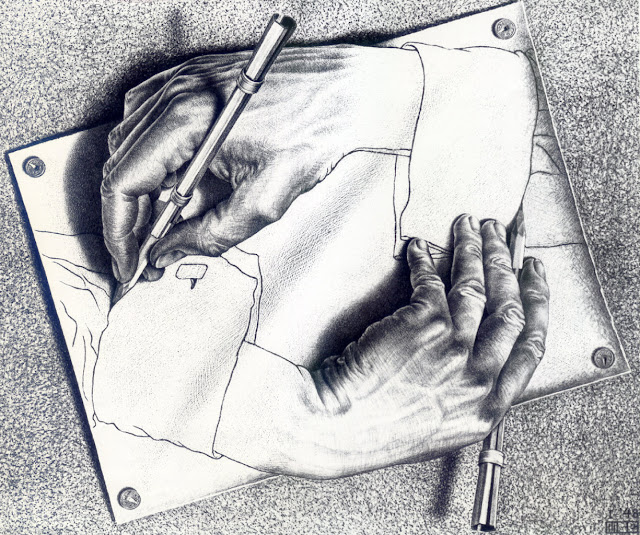 The Crucial Importance of Recursion

Is causality a one-way mechanism? Do certain circumstances simply produce a single predictable outcome? Are cause-and-effect phenomena a one-way transaction, governed by an unchanging Natural Law? For, if all these were indeed true, then the outcomes, produced in a given context, may then become the cause in yet another unavoidable happening.

Causes and effects will be possible in long forward-moving linear sequences to predict future outcomes, yet can also, just as certainly, be traced backwards to original starting points, as is assumed in both Analysis and Reductionism.

Now, essentially, this position is clearly embodied in the rare even mentioned Principle of Plurality, and it alone has established the assumptions underlying the investigative methods we employ in many areas of study, and, most importantly, in what we call Science.

Though normally left entirely unstated, this Principle is almost universally dominant, and this is because it alone seems to provide us with an applicable investigative and theoretical process, which both delivers what are termed Natural Laws, and, as already mentioned, allows extension via both Analysis of complex situations, and even a tracing back through Time via Reductionism.

Indeed, physicists, studying what they regard as the Fundamental Particles of all Reality and hence the basis of all the sciences, justify that claim, by assuming that Plurality is indeed the true Nature of Reality. Many leading scientists have claimed as much, such as Murray Gell-Man, with his book The Quark and the Jaguar. 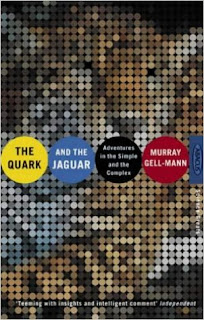 But, is this unstated assumed Principle really true? The simple and correct answer is, of course, “No!” Nevertheless, it has been, and still is, a useful initial stance, for in carefully chosen adjusted and then maintained circumstances, it can work quite well in many applications, where certain outcomes are required, and can reliably be made to occur.

The best description I can think of is that this approach is akin to The Farming of Reality. And, when this is done properly, it can certainly be made to work, and for the same reasons that Agriculture has been so effective in the large-scale production of food.

Instead of relying exclusively upon Reality-as-is, and simply using what we could find naturally occurring in the World around us, and using it “as found” (as was the case in our Hunter/Gatherer stage of development), we instead found ways to both change and prepare the land, to facilitate high yields from purposely sown-and-grown crops of what we required. And, that is also exactly what pluralist Science has managed to achieve in tackling a much wider series of situations and possibilities in our World - we are managing reality in order to use it.

But, just as Agriculture did not form a basis for understanding the Biology of Plants, so purely pluralist methods cannot automatically lead to a full understanding of Reality. It is clearly a pragmatic system of assumptions, concepts and methods, which necessarily kills the thing to be investigated, in order to try to understand it. It holds the piece of Reality dead still, in order to study it!

“Mix thoroughly and wait for equilibrium to become established before taking measurements” - does such a credo tell us anything about what was dynamically achieving our finally measured result, while we sat and waited?

So, if we can get by with most of our requirements by believing in this Principle, why is it also so misleading, and ultimately inadequate to addressing, and then explaining, the most important problems in Science?

The problem is partially to do with its too linear idea of Cause-and-Effect, as well as its too simplifying approach in its descriptions and its definitions. Effectively, it is an ideal method for studying static or stable situations only. But, it is useless for dealing with dynamic, evolving, or even only qualitatively changing situations.

So, its consequent way of dealing with Recursion is almost useless for it turns an actually ongoing and repeatable series of phases into a single caused effect, always ignoring ongoing, and frequently recursive transformations entirely.

Yet, when certain causes produce an effect, which only later on brings about a significant change in the original cause, a pluralist approach does not deal with that vital process at all: for it is, instead, addressed as just another cause affecting the original situation at a later time only. But it certainly isn’t that: it is a recursive consequence of the earlier cause, reflecting back upon it.

Now, such dissociated causes and methods as this are also carried over to become the main cornerstone of the ever more used method of Simulation. For, that has to be the only possible pluralist approach in complex, real-world scenarios, which cannot be separated into single effectively dominant contributions to be individually studied, without losing the actual crucial dynamic of the overall process. 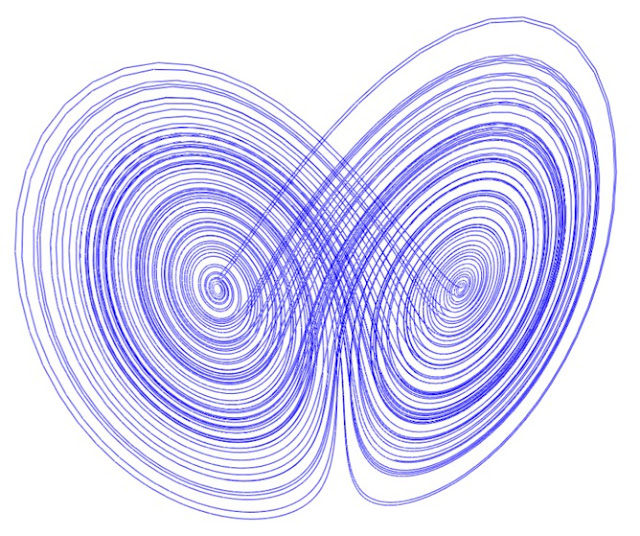 To cope with the unavoidably complex situation, that have various intermediate outcomes, which cannot be predicted by isolated causes, a significant and unpredictable qualitative change is, instead, identified, from prior experience, with the passing of a threshold value of a certain variable. So, that, when this occurs, the situation is merely switched from one dominant model and its equations, directly to another dominant form, with its own equations. Both dominant phases are simplifications of what really occurs, and the Threshold variable is simply used as a switch between them, without the smallest vestige of an explanation as to why it occurs in the real situation.

The pluralist solution to a real-world complex and holistic situation, is a large set of pluralist, dominant simplifications, with the switches between them governed by rules of thumb, involving variable and the threshold values at which switches should be made.

Such means are not only very crude attempts, but are also entirely retrospective, in that they will only cover already experienced phases: it can never deliver the wholly new!

Now, Man is a highly intelligent animal, and has honed these methods to a remarkable degree, and just as our hunter/gatherer ancestors invented and effectively used Bows-and-Arrows, which transformed their lives, without their knowing why they worked so well, the scientists of today can manage to get remarkable results out of their studies, even though their resultant Laws are NOT of natural Reality-as-is, but only of specially farmed sections of Reality – though never, even then, representing what is actually going on, but, instead, using one particularly dominant part of that situation, until it has to be replaced entirely by another.

Clearly, Pluralist Science is the study of Static and Appropriately Farmed Domains, and totally omits the really important processes of a Developing situation, which very often will unavoidably involve Recursion.

True Causality is not one-way, and rarely strictly linear.

We can make farmed areas of it, in specially prepared and maintained Domains, but true Reality doesn’t work like that, particularly when it's on the move! The reason for the creation of phenomena, that are wholly new, is that Reality can, and indeed does, work both ways. The result of a certain conjunction of causes can, and does, react back upon those causes, and changes them, and their then consequences, significantly.

NOTE: It is certainly worth mentioning here that the recent solution to the perplexing anomalies, in the famous series of Double Slit Experiments, involved just such recursive effects caused initially, by the things travelling towards those slits, upon a reactive substrate, which later on reacted back upon those very same causes to deliver the full set of anomalies, unpredictable by any pluralist means.

Such significant, qualitative changes do not happen constantly, of course, for Reality’s commonest mode is one of settling into a series of relatively Stable Regimes – into so-called Eras of Temporary Stability, but every single one of these periods are always finally terminated: for developments occur in what are called Emergent Interludes outwith Stability, which start with crises, then deepen into wholesale collapses, and only then finally climb again via tumultuous, and even chaotic, periods of new, qualitative changes, which we term Emergences.

NOTE: So, it isn’t only the holistic changes that are necessary, but equally important is to recognise the oscillations between Stability and Emergences, without which creative Evolution could never happen.

And, in attempting to understand what occurs in these crucial interludes, Plurality is totally useless.

The only effective approach has to be the direct opposite one, which is emphatically holistic and replaces the static with the dynamic, and “keep it stable” approach with the alternation of Stability and Emergence that actually is crucial to understanding qualitative changes!
Posted by E Journal at 15:51