What is missing in Žižek’s Marxism? 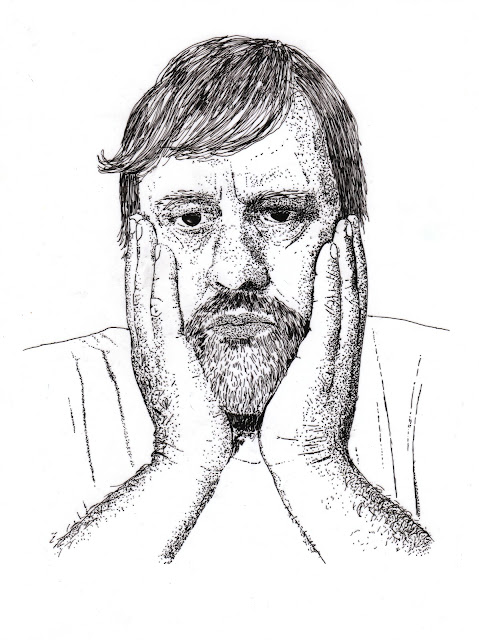 When attempting to deal with someone like Žižek, you are constantly trying to cope with, both a way of thinking, and a whole consequent vocabulary, that are saturated, nay determined, by his still-idealist premises. He claims, of course, to be a Dialectical Materialist - a Marxist, but that is evidently just the coat-and-hat that he feels it necessary and comfortable to wear.

And, it is made even more difficult, when there are parts of his stance that you not only agree with, but would have to defend alongside him, against the massive consensus, which takes a very different position upon these shared premises.

The most evident shared premise is, of course, Dialectics. But, much more basic than that, is the shared subscription to the Principle of Holism, rather than the consensus belief in the exact-opposite - the Principle of Plurality.

The trouble is that Marxism, or more correctly Dialectical Materialism, was not totally and finally defined by Marx, for he had a Social Revolution to prepare-and-organize for, and much still had to be done to maximise the reach and power of this revolutionary attempt, to ultimately unify both Philosophy and Science, into a single coherent, comprehensive and consistent stance.

For, in spite of Michelet’s brilliant History of the French Revolution, the task not only required the full participation in such an epochal Event, but also the professional Knowledge and Understanding of a scientist, to be able to move towards a generalised, indeed, a true comprehensive stance.

And, the main trouble is with crude, basic Holism!

For Holism and Plurality are a Dichotomous Pair of alternative concepts - indeed, the extremes generated as the result of incomplete premises as Hegel himself had crystallised in his Dialectics - the more real-and-active alternative to Formal Logic, in dealing with Abstractions. Indeed, “Ultimate Holism” as embodied in “Everything affects everything else”, is true, but totally unusable, in almost all circumstances: for absolutely Nothing is fixed, and in its most basic application - absolutely everything changes along with everything else, all the time.

How could any sort of Reasoning be possible on that basis? And the answer is, “None!”.

The possibilities of a kind of Reasoning were, however definitely achievable with the opposite concept of Plurality. But, Plurality - as it is usually defined, is yet another crude concept, for it assumed that all elements to be used, in any way, MUST be fixed: so that they don’t change at all!

The cornerstones of Plurality are the ideal-fixed-forms of Mathematics, and the eternal Natural Laws of Physics. So, as long as these incorrect assumptions are made, some progress in dealing with complex mixes seem possible.

And, it certainly was in Mathematics, for a great deal of purely formal complication was, indeed, possible: a whole world of Pure Mathematics could be built.

But, it wasn’t our World!

Major “engineering” was necessary to make our real world fit-in with Plurality. In what became known as Science, literally nothing was possible, historically, until Mankind learned how to control, modify, and maintain limited situations to approximate to a pluralist state , but only for a given sought-for relation.

And, that wasn’t all! The Greeks not only gave us Pure Mathematics, but also Formal Logic - again made possible by making Statements fixed and unchangeable too!

Now, any thinking about these crucial areas had to be by Reasoning, and so it too was severely hog-tied by Plurality.

As before, it worked in “maintained circumstances”, where things were constant, but failed miserably, when things naturally changed into something else.

Now, the reader can imagine that these ideas could be pursued comprehensively, and we could and indeed would go a very long way, if I was to carry on with it.

But, this isn’t a treatise upon Epistemology, but merely “The trouble with Žižek”, and that is difficult enough!

Clearly, for him, and everyone else, crude Holism is a major problem, and his total solution, as you might expect, is Hegelian Dialectics. But, in dealing with quantum physicists, he cannot oppose them, as he should, with ‘The Full Monty’, so he uses a combined approach with Engels’ Dialectics of Nature methods of revealing resonances between Dialectics and unavoidable opposites in the Copenhagenists’ researches and theories: the “look we are the same” technique, while, at the same time accepting their idealist retreat from Materialism!

He can do it because that is his real position too - retreating from materialism into idealism at every turn!

Not himself being a real scientist, he cannot intervene, as a Dialectical Scientist would, by resorting to concrete Reality. He cannot do that because his Holism is of the crude type. He hasn’t had to, as a true Dialectical Materialist scientist would have to do, develop holism into a new Level involving long standing Stabilities, involving multiple processes, systems of processes and self-maintaining super systems that can then act, as if they are independent of context for long periods, but ultimately are, at first, just sorely-threatened, and then defeated by Crises, with an ultimate inevitable Collapse towards Chaos.

In other words, he should have further developed Dialectical materialism, first to explain why Stabilities occur, and then, how the major transformers of such seemingly permanent states - major changes usually termed Emergences, or in Social Organisation - termed Revolutions, can transform things radically!

How can I say this?

It is because I personally have done just that, via my:-

That is what a real dialectical materialist scientist can do!

This paper is from our latest special issue of the Journal 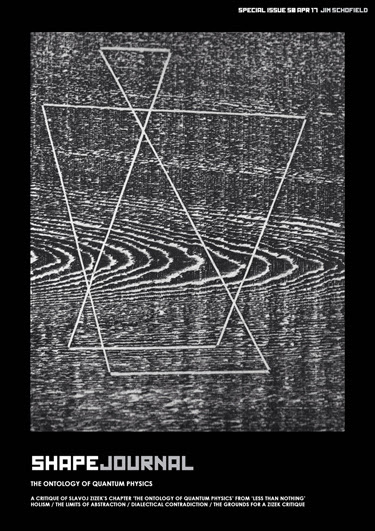