Key Questions for Socialists: Part III
What is to be done?

In these criticisms of current supposedly Marxist political theory and activity, the prior instalments of this urgent contribution have indeed been primarily theoretical. NOT, I must insist, as merely a moral stand for Justice-for-All, but via the only current account based upon the most developed and revealing philosophical stance yet revealed by humankind.

The proof of this has been established in the prior contributions of this essay, concerning both successful and indeed revolutionary contributions by Modern Marxism to the Sciences - resolving the Major Crisis in Modern Sub Atomic Physics, but also across the board in questions such as the Origin of Life on Earth, and most important of all, in further developments to Marxist Philosophy itself.

Several crucial lessons must be concretized in our future practice:-

First - in the conscious use of the most advanced Philosophy ever achieved in our day-to-day Analysis & Praxis: Theory must be paramount.

Second - in our emphasis upon the Youth, for they have the energy and ability to change and fight for a different future.

Third - in the priority of building Trade Unions, and Working Class Organisations of all kinds to bring our Class together in both Action and Leisure.

Fourth - in the winning of intellectuals to our cause via the quality of our philosophical methods and arguments, across the board.

Let us deal with these in turn, while emphasizing that only-a-subset of these objectives will be certain to Fail. All have been tried separately at different times, always engendering a forward surge, but without the others also contributing, that surge will inevitably lose-way and fail. To have a Revolution, the Class itself must be moving forward on all fronts, to make the most of opportunities as they arise, and they most certainly will. 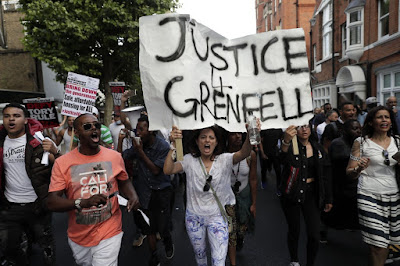 Let us address the first requirement - The Paramount Role of Theory!

It certainly wasn't such my experience as I sought for and joined what I considered to be the best Marxist organisations. Indeed, even Marxist Economics was not an ever-present factor in preparing us for our political interventions. An understanding of the history and role of Trade Unions was absent all too often. If anything they were seen as an alternative, even competing option, for our Class - stressing only Defence, but never the intended Socialist future. And, in addition, all Theory was handed down from the leaders, not as such, but instead as already-decided-policies. I cannot remember a single case of a thorough-going philosophical discussion, followed by a change in our practice. And as for a day-by-day update upon what was going on - absolutely nothing! I was, somehow, part of a new editorial board for a theoretical Journal, for which I suggested the name "Marxist", but I was immediately dropped from that role, and was never able to play any further part!

In spite of being won for Marxism by Lenin's Materialism and Empirio Criticism, I never had a single discussion with my comrades upon those topics. And, though the term Dialectics was occasionally mentioned, it certainly never was at the heart of any analyses presented to us. I had to find it for myself in solving problems in my profession as a physicist, and, crucially, via researches in the dynamics of movement.

Dialectical Materialism for Marx was the most penetrating and effective Method as well as a Philosophical Stance.

The proof of the earlier point about advancing on all fronts, is best exemplified by the regular and correct concentration upon enthusing and recruiting Youth.

More than once it was been realised and pursued with vigour, producing remarkable progress. The last 50 years has seen great strides made in this direction, but without any subsequjent genuine issue in the struggle. The youthful tide rose, seemingly inexorably, and then fell, leaving a generation having been returned to apathy by the inadequacies of the Movement!

I group these two together because they represent the most debilitating of the Movement's inadequacies in the turn to indigenous causes of the people and of our Class. I, along with most of my sometime colleagues in the Movement in the 1960s, came into politics via University. We were mostly ex-Grammar School Working Class students, who via that route had been wrenched from their Class Context at about 11 years old, and via academic success reached University, and come across many others like themselves, who were finding Revolutionary Politics and Grasping it with both hands.

There was absolutely no revolutionary politics, or politics of any kind, in the unskilled Working Class where I come from, so the version presented at University was very exotic, and included little or nothing about Trades Unions and their role in the Working Class. And, it didn't come up. Though at one stage I along with other comrades started to do "Factory Gate" interventions, the workers either entering or leaving weren't interested, and frankly we had little to say that would interest them.

Literally nothing was achieved by such interventions. Indeed, it was entirely by chance that I found out what to do. An Indian neighbour called Rajnikant had knocked on my door as he had seen some of my wood carvings through the window, and asked if I would teach him how to do it. So, he came around regularly and I showed him what to do. Then, one day he came round and asked for my help. He worked, along with many others from his community in a factory, where the white foreman was running a protection racket. All the workers had to pay him, or they would lose their jobs. 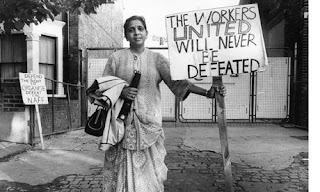 Rajnikant and I wrote an article for the paper of the Party I belonged to, and we hit the factory gates in numbers throughout a particular day. By the end of the day the foreman had been sacked, and all the workers knew who and how it had been achieved.

Yet if I had approached Rajnikant in the town centre, chances are he wouldn't have been interested. Friendship first had opened the door. I should have known better, for earlier we had been providing Youth Clubs, and football teams for youth on local parks, and had begun to gather good numbers in our clubs. We even managed to develop a very competant Football team with both Indian and West Indian players, some of whom later became nationally famous.

But, as mentioned earlier, success upon a single front will not, by itself, be enough!

Now, with this in mind, how should we look upon what is usually called Single Issue Politics? I remember when the SWP in the United States embarked upon "Hands off Cuba" as their over-riding Single Issue Policy, the group I belonged to denounced it s chasing numbers for short term success, and so it turned out! Clearly the "evident-easy-way-out" of the problem of building the Movement guarantees ultimate failure.

Most such campaigns have merit, but you must join them with an evidently much wider stance and programme. If some campaigns seem counter-productive, don't abandon them. Keep a wide set of objectives and analyse all the difficulties you confront!

Winning Scientists to The Marxist Banner

Now, in addressing this requirement, we have to know both why it's important and how to do it!

It will only rarely be achieved by single issues, no matter how currently popular and important they seem. The only real way is to solve individual problems within specialist fields, when nobody else within the discipline is anywhere near doing so. And, thereafter, debate with any within the discipline who have been impressed, and thus reveal other aspects to be addressed.


I'm afraid that by the time I was addressing the Copenhagen Interpretation of Quantum Theory, I had long retired from my University post, and inserted a whole new career in Multimedia Design and Production. I knew no professional physicists, anymore, so had no professional contacts to discuss with, so I had to do it all (à la Marx), from the bottom up!

It isn't easy, and Karl Marx, himself, decided he had to do precisely what I have outlined above with regard to Capitalist Economics, and being, effectively, the only one with that revolutionary standpoint and method, he spent the rest of his life doing precisely that.

Very, very few have done anything similar even when they professed a Marxist standpoint, or claimed to be a Marxist intellectual. Now, everyone cannot "Do a Marx", but every single valid contribution in a specialist field will impress someone, especially if such contacts are energetically sought, in that field, and at least begin that process.

But, I haven't yet said why such recruiting is necessary.

Without my long and varied carreer in several different disciplines, I would never have had a chance to even tackle such a task as I have now successfully undertaken. We need these intellectuals in our team, and we can get them because they also need our standpoint and methodology - they just don't know it yet!