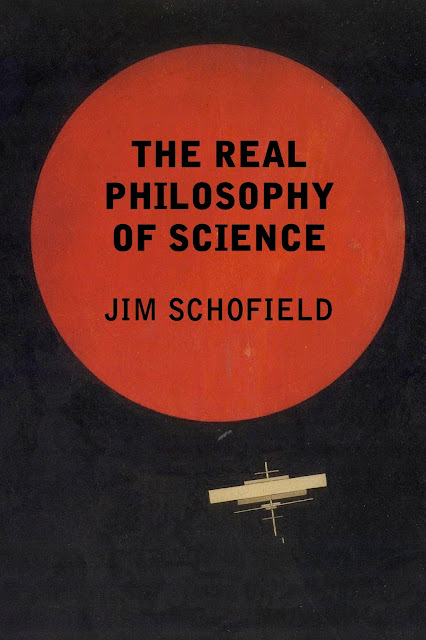 A complete rethinking of the Philosophy of Science is now vital. As climate change accelerates and capitalism slowly dies around us, it is no longer hyperbolic to state that human civilization now hangs in the balance. For the positivist consensus, salvation must come from science and its greater capacity to understand these problems and proffer vital solutions. Unfortunately for us all, and unbeknownst to most, science is in dire straights too. As it stands, contemporary science is not equipped to deal with these profound qualitative changes, or even its own shortcomings and failings. Physics, for example, has been undergoing a secret existential crisis for an entire century.


For the last ten years, physicist and philosopher Jim Schofield, has been publishing new theories and damning critiques of the scientific consensus in SHAPE Journal. His polemical writing largely rejects the epistemology of science as it is usually conceived, and instead poses a dialectical view of scientific history, its impasses and mistakes, and our flawed methods and assumptions.

The Real Philosophy of Science is Jim Schofield’s first full-length book on the subject, but it is long overdue. Many hundreds of papers have been published by the author. Included in this vast body of work is a final refutation of the Copenhagen Interpretation of Quantum Theory, alternative explanations for all of the anomalies of the Double Slit experiments, an extension of Charles Darwin’s theories to look at how they might apply to the evolution of reality in general, and the Theory of Emergences, which shows how Marx’s ideas apply beyond the social realm – to the revolutions which happen in nature. For Jim Schofield, it is only through real Marxist intervention in science, and scientific rethinking of Marx, that we can transcend the hidden impasses that now plague human thinking, and set the course of civilisation back on track.

This is my new book The Real Philosophy of Science. It's currently available from Smashwords and it should soon hit all major eBook distribution platforms.