When major redefinitions are both necessary and difficult


After almost a decade, as a full time writer upon Science and Philosophy, it was becoming increasingly clear that the wherewithal to fully address all the regularly-occurring, and clearly-evident problems, was still not yet sufficiently defined to enable me to "Make the Necessary Turn!". I had published almost 1,000 papers, and written a further 1,700, and most were sound in reasoning. But the core objective, which had gradually become clear, was still far from having been coherently presented as an integrated whole.

It would have to include a total demolishing of the Copenhagen Interpretation of Quantum Theory, in Sub Atomic Physics, and also a much wider-ranging definition of a fundamentally different philosophical Stance, which would have to be Holistic.

The difficulty was, and still is, that literally all intellectual disciplines since the Ancient Greeks have been entirely Pluralistic, and have become intrinsically imbued in all the available and acceptable methodologies for all of my professional career in Universities in three different countries. Indeed, I had usually succeeded in academia largely because I could do the pluralistic stuff, and would still unavoidably commence any new problem via the old ways first.

But, so many attempts have come-to-a-stop resulting in classic Hegelian contradictions, and their unavoidable impasses, that I had to attempt to take his Dialectical Logic much further than Hegel had ever managed to do, and even Marx had not developed his Dialectical Materialism deeply-and-profoundly enough to tackle many Scientific Conceptions and Reasoning, such as occur in Mathematics and every single one of the Sciences. 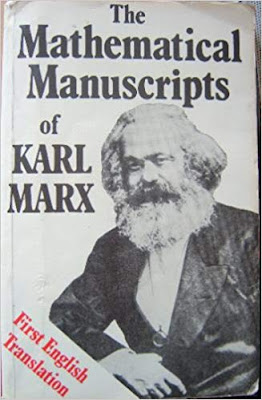 As a competent mathematician, I naturally read Marx's Mathematical Manuscripts, but they did not help, so I had to begin to address the problems myself.

I soon began to unearth holistic truths within my usual professional researches into providing Computing assistance to a wide range of professionals studying in many very different disciplines. The Key Revelations finally occurred in addressing real, complex and expressive movements in Dance, in order to enable both the teaching of accurate Performance, as well as that of Choreography too. And, ultimately, I devised the first effective way of successfully delivering what the Dance expert required, with appropriate Access-and-Control, using computer controlled Multimedia of recorded resources.

Surprisingly, the main problems were caused in the very same way that both Zeno and Hegel himself had noted in dealing with Movement, and the latter had even begun to understand, and then concentrated upon, but, with him being an idealist, the sort of impasses I came up against were not what he would ever have encountered, never mind tackled.

Though this work certainly greatly enabled my necessary assault upon the required Philosophy to address Reality-as-is, there was still another major problem to do with the premises underlying any Coherent, consistent and comprehensive methodology in pursuing such a path.

The problem resided in the omission of an absolutely vital premise in Physics!

Towards the end of the 19th century, Michelson and Morley had conducted an experiment which "proved" that there was NO Universal Substrate involved in the propagation of light - no Ether, as it was then called, and a whole significant branch of Physics based upon the assumption that such a Substrate existed was dropped as untenable.

It most certainly couldn't be detected, but the formulae based upon assuming that it did still worked.


Indeed, James Clerk Maxwell had devised his brilliant set of Electromagnetic Equations developed upon his now-discredited Model of the Ether, so I had to re-institute the Universal Substrate as an existing, but currently undetectable entity, and applying that concept alone, to all the Double Slit Experiments, enabled me to dispense entirely with all anomalies of those experiments, and all the assumptions of Copenhagen that had been devised to deal with them altogether.

But, that wasn't all that was required! There just wasn't a useable Holistic Methodology in Science at all. There was, however, a kind of holistic stance, but applied with a pluralistic Logic.

Clearly, I should explain.

Science, since the Ancient Greeks, had been an Amalgam of several contradictory stances, but always using the still-agreed-to basic tenet of Pragmatism - "If it works, it is right!", those involved in dealing with such things, simply switched between stances, until they found one which worked.

So, a "holist-component", within this approach, attempted to explain phenomena entirely in terms of the known properties of the components involved (it was that aspect which persuaded me to become a physicist). But, also severely modifying that sound stance, was the universally adopted Principle of Plurality. which insisted that all causative Laws were wholly independent of one another: they were fixed- everything could be explained merely in terms of the summations of eternal Natural Laws.

So, clearly, this severely disabled that stance from effectively coping with a clearly holistic and developing Reality. And, finally, those laws could be "correctly-encapsulated" in the Perfect Formal Equations of Mathematics - which is, of course, Idealism!

Now, believe it or not, this Amalgam was considered to be "The Scientific Method". It was neither consistent nor coherent, but it appeared to be "Comprehensive" due solely to the ubiquitous Pragmatic Tenet.

And Holism without Plurality and Pragmatism seemed to be totally impossible to apply, as its tenet was "Everything affects everything else!": and the key unanswered question was "How?" Just how, and in what ways, did the many affecting factors change one another?

Hegel called his solution to a complex changing reality, Dialectics, but he was only concerned with Thinking. Marx recast it as Dialectical Materialism, but never comprehensively addressed Science.

And all this still had to be systematically addressed. Literally nothing had been done!