Socialist Society: How we could live... 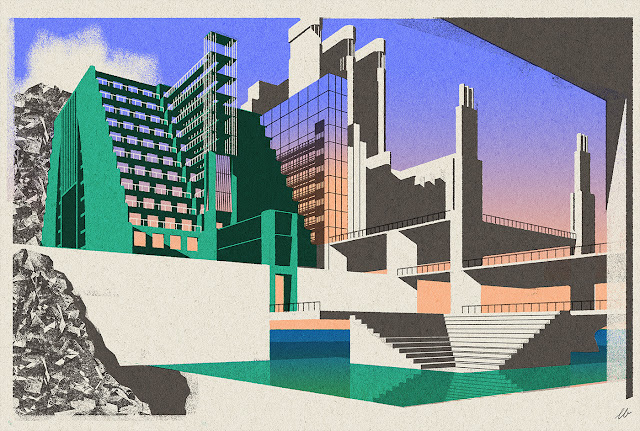 The objective is surely a society serving the needs of its People, and certainly not the ever-growing power and luxuries for a small group of the Super rich. For now, and increasingly, it is becoming Credit with ever-climbing interest rates that is replacing adequate wages, and which is certainly never the way to deliver either a productive or a fair society. It replaces earned capabilities, with heavy and onerous responsibilities: it replaces confidence and energy, with ever mounting difficulties and uncertainties.

Capitalism is not a planned, nor is it an adequate system! It has crises every few years, and calamitous, decade-long Slumps, and even World Wars - all to serve moneyed investors with ever bigger Profits.

Yet, such a system is not inevitable! In fact, it took a series of popular Revolutions to terminate its Feudalist predecessor, carried out with the universally supported slogans of:

...but, even with its success, these revolutions ultimately only greatly empowered a particular small section of the new Society - the owners of Land, Property and Wealth. And, whilever that systemic inequality remains, so will the continued rule of the rich!

A Society for all-its-people has to be very different indeed to Capitalism: for privilege and inequality guarantees a divided and unstable social system.

The lessons of the 20th century must be learned or we will all perish!

But, let us be absolutely clear what it is, at this time, that we desperately need. Instead of just the profit motive determining everything else, we must start with what the People need in order to live, and will work in order to achieve. And, to effectively deliver that, we must have the means to determine those needs locally, then nationally, and finally globally! For only then can we have a Planned Economy- supplying what is actually required to everyone that needs it.

And, clearly, that cannot only be about sustenance, resources and the wherewithal to achieve and distribute it all, but also the essential services to facilitate it too - such as Shops and Stores, Education and Health Services, as well as Leisure facilities, and adequate support for all those in need of extra help.

In this new world the "entrepreneur" is no longer the Hero, but the Enemy - shown to be a parasite rather than a creative.

Policies will have to be socially arrived-at, and then cooperatively delivered.

Democracy must exist at every level of Society, and always be superior to individual power: even elected representatives will be subject to instant recall and replacement if they fail those that they represent.

And, what could be achieved by all of this?

The congenital instability of Capitalism would have to be terminated! The benefits of invention and new technology would be available to all. All industry would be addressed to the needs of Society, including protecting our environment. No one would be rich enough to buy privilege or own the means of production or the means of communication. All Education would be free to all. All Health Services would be free to all. All Stately Homes will be converted into precious Communal Facilities, such as Schools, Hospices, Colleges, Research Centres, Sports Centres, Retirement Homes and many more. High Quality Council Houses would be the main form of Public Housing. Public Transport would be both cheap and sufficient everywhere. A great increase in both City and Country Parks would be instituted; and participation in the Arts made available to all!

And to safeguard all of this:-

The Banks would be Nationalised! As would all the major nationwide Services such as Electricity, Gas, Water, Railways, Air Transport and Roads.

But though planned nationally, they would be run Democratically, and not by an unaccountable  central bureaucracy.
Posted by E Journal at 14:29