Circles into Helices into Spirals 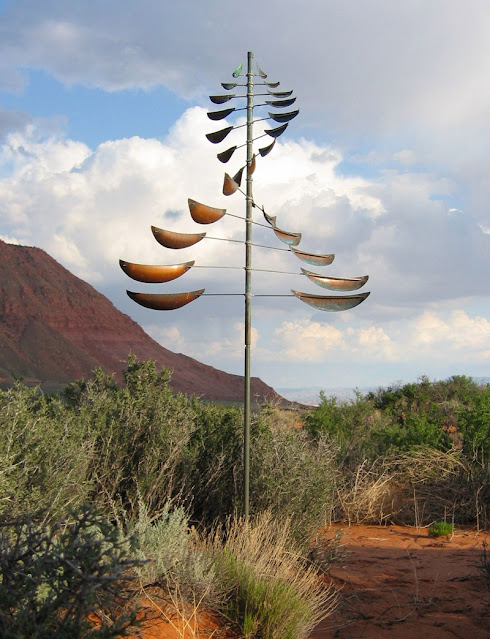 The Evolution of Circular Processes

Cycle I
The realisation of a seemingly-stable Cycle of Processes, initially and necessarily (in order to even begin to understand it fully), must always assume that it will continue-as-it-is, perpetually.

Thereafter, we assume a complete independance of the System from its Natural Context, detertmined solely by its own internal contents alone, just as we might for a wheel on a trolley, or even a precision cog in an expensive Swiss watch, with its century-lasting jewelled-mountings.

But while that view may deliver an understandable and useful approximation, it is most certainly NOT the permanent, on-going Truth: for, actually, absolutely all contexts, whether external or contained, will most certainly change over time, and will both deleterously and even advantageously affect the normal functionings of any such system - and particularly those which continue to repeat incessantly in a dynamic context.

The Swiss watch is a brilliantly conceived-of exception (although even Swiss watches break eventually)! For overtime, in self-developing Nature, things don’t progress rationally towards an intended objective, but instead can only find a consequent Development via undirected Variation. Thus, all contexts will change enough to alter any contained process: so, such a system will be likely to change its performance, due to variations in its determining context, which are likely to contribute to its subsequent decline, though occasionally alternatively instead to its growth and even its consequent range of significant Effects, instead of those solely determined by any internal deterioration.

Significantly, with multiple contributing causes to such a rotation, other changes might even cause positive modifications to emerge in the movement’s own initial causes, and hence re-direct things in a wholly New Way. To always be aware of this constitutes the Holist Approach!

And always considering Causality in this recursive way significantly breaks away from the usual truncated approach we see in most science and technology (the approach that built that Swiss watch), which purposely constrains contexts so that they never drift away from what is considered optimum - the Pluralist Way!

Indeed, in considering any such system, we must, in addition to internal changes, also consider what significant-but-not-terminating external changes will cause to happen in its subsequent performance. And by far the most significant external Effects, will be those that actually move the whole local context off from its initially conducive starting point, which, in a subsequent on-going, wider, containing context, will change a Cycle into a Helix (like a constant diameter Spring).

While another very different external change might have a significant effect upon the speed of rotation: thereby, if on-going, changing the fixed diameter of the previous Cycle, into a Spiral - either shrinking into an ever smaller Spiralic System, with decreasing energy, or one expanding into an ever growing spiral, with increasing energy.

And, of course, such changes would be unlikely to be limited to these very simple cases, The Systems we are concerned with abosolutely never act within otherwise stable situations: and though the most significant accompanying and consequent extra changes will be also related to other, as yet unconsidered, lesser driving changes, and even these themselves will have been caused by external changes that were also the initial reasons for already-considered, more obvious changes.

In addition, changes in such Systems will also happen in both directions, as natural systems are never mechanical, as in a watch or machine. Indeed, some on-going changes will certainly lead to terminations or even ultimately elicit wholly new behaviours.

These forms when they occur in a Living Economic Structure, for example, will occasionally lead to Total Collapse and even Revolutions!

Now, the highly constrained version of The Natural World we understand - because of is unavoidable transportation into a more reliable, but-strictly-Pluralist World - will always, if so adequarely controlled, deliver the expexted results achieveable via Mathematical Equations - for Mathematics is a legitimate Pluralist Discipline: it will validly deliver equations that fit!

But no such equations are available for Reality-as-is (without the pluralising straight-jacket we impose). And Holism cannot ever be encapsulated within any such equations - the Fixed Law we uses, indeed, mechanistic fixed relations, involved in such equations of Plurality, are wholly illegitimate in The Real World as it is!

For reality behaves holistically, things profoundly affecting one another over time, and natrual phenomena never exist in perfect isolation - and its changes are therefore Qualitative, rather than being Fixed and Quantitative, as everything is rendered in Plurality. The “laws” involved in Holism regard quality, and hence always changing and even transforming into other quite different Laws as contexts change.

So all the substitutions and manipulations of Algebra as essential in Pluralist Science, are illigitimate in the Holist Real World. Literally NONE of the essential dynamic holistic Laws are even considered currently, which is why Karl Marx, in attempting to explain historical development holistically, spent his whole Life tackling an explanation of Capitalist Economics, in his master work Das Kapital.

And, as should be no surprise to anyone appreciating the stance of the writer of this paper, there is as yet NO Dialectical Alternative in any of the Sciences - least of all all my key specialisms, Physics, Philosophy and Mathematics itself.

Indeed, even in the absolutely vital areas of Sub Atomic Physics and Cosmology, Plurality still Rules, but it is certainly not OK!

POSTSCRIPT:
Though this researcher, requiring a powerful Rationality within his core specialsms, has begun to tackle some of the key questions. But though demanded in other Major

Disciplines, he has been forced to enter the underlying Bases, only clearly available in Philosophy.

For, if positioned deep within Reality-as-is, and within its most demanding areas, the usual pluraist get-outs are legion and appear as the only known way to deal with understanding reliably.

And as will have become obvious at the start of this paper, as soon as holist alternatives are undertaken, the number of available options increases rapidly, and the study seems to be “spiralling out of control” in multiple different directions, with NO priority Path to make the task not only easier, but even possible!

Yet Reality itself, though containing ALL these diversions, does NOT follow them all at once! So, what is it that correctly limits its route?

In other words what Holistic Stabilities, though always temporary, are sufficient and long-lasting enough to enable initial steps to be made, before a general cataclym terminates a meaningful analysis?

We have to begin to understand Holistic Stabilities!

Now, interestingly, i have a very wide range of interests, and it has been some of these which enabled my first successful steps ino real Holist development! Indeed, it was within a deep venture into pre-Life Evolution of organic processes in the Sea. It was an ideal place to choose because, with a planet-wide connected System of Oceans, and spinning Earth recieving Day/Night differences in radiation, along with a seasonally varying weather system, as well as planet-wide circulations of water, via rain, rivers and ocean currents, not to mention more or less constant and differing contents carried by those rivers from very different land areas, and even their transformation by volcanism - and with the Earth’s tilt, varying Seasons! 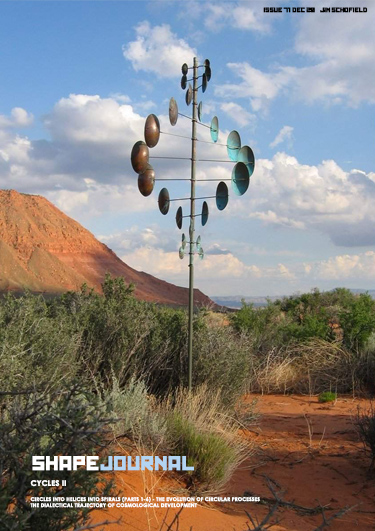 This paper is taken from the latest issue of SHAPE Journal by Jim Schofield, entitled Cycles II.

Issue 71 of SHAPE Journal is the second instalment in a collection of essays by philosopher Jim Schofield on the importance of studying cycles. In this collection the essays themselves are cyclic, returning to themes in a series of iterations, attempting to home in on their importance in natural systems, evolution and in the Dialectical method itself.

You can read the first part here. 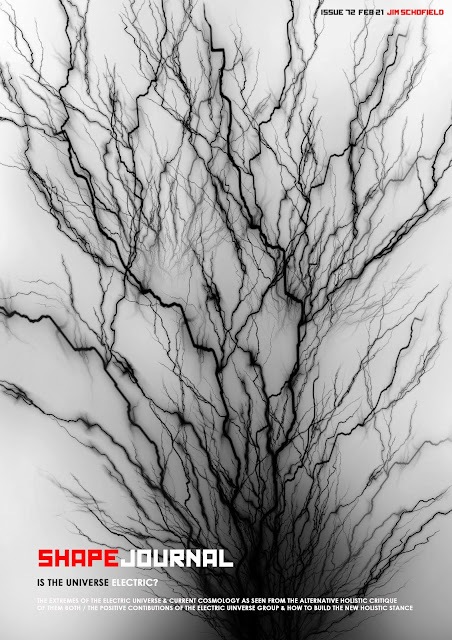