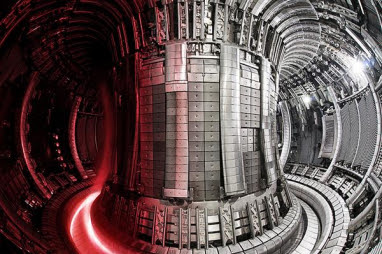 Beating the Pandemic, Economic Depression and Climate Change - only Socialism and Nuclear Fusion can do it!

Deep down, everyone now knows that Capitalism and its Ruling Oligarchs will definitely never beat the combined threat of the Current Slump and the Global Covid19 Pandemic, because to do it would have to end their Worldwide Dominance. Look at the almost incessant Wars in the last couple of centuries - absolutely ALL OF THEM to maintain, extend or transfer that particular mode of wealth and power.

NO - All the usual past "solutions" cannot possibly solve it - and Capitalism is fundamentally opposed to what is necessary to reverse catastrophic climate change.

The current multiple crises facing humanity are too devastating to be addressed in the old ways (scientific, social or economic), for many of these crises are now becoming existential - the continuance of the Human Race now solidly embarked upon a series of terminal swoops towards a guaranteed oblivion!

The Rule of the People

to totally reorient things and finally break forever the malignant Power of a Ruling Capitalist Class.

Nothing else can do it!

AND, for the first time in human history, this is now clearly possible. The pieces of the puzzle exist, at least.

However the Super Rich will never cede The World to its Working Classes. They have proved that they will go to World War to maintain their wealth, position and privilege. Remember it wasn't the Nazis that dropped Two Atomic Bombs upon civilians, but the United States of America, who dropped them on Hiroshima and Nagasaki after the war had already been won - primarily as a warning to the communists.

But for many decades the various committed activists and political organisations, on different fronts, have insisted upon their perceived Crisis as the Primary Danger, and have refused to join forces with the many other movements, but with the present devastating simultaneous many-sided Crises all coming together at once, the insistence upon separate struggles is quite obviously self-defeating and WRONG.

For now, the very best of the Nuclear Fusion Scientists has joined the fray in earnest, with the leading Focus Fusion Group, around Eric Lerner, coming out with a new video linking Energy Generation and the Fight for Socialism as crucial allies in the Overall Struggle!

A United Front of all the Fighting Organisations must be forged to remove the Common Enemy - the Ruling Billionaires.

And the means to remove ALL the causes of the Existential Crises is now clearly imminent and Led by One of Us!

The world must be reclaimed and saved for the majority of the population. Look at the mess The Ruling Class are making of Fighting Covid 19 and the Slump!