The Problem with Classroom Physics 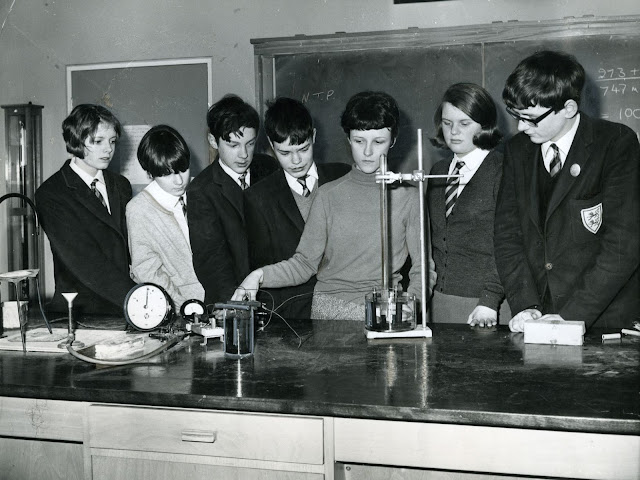 Having watched a video from the USA supposedly presenting the very best of Schoolroom Demonstration Experiments in Physics, I immediately recognised exactly the kinds of experiment that was done in my own own school as a boy, when I first started studying the subject.

For, I am now able to see why my efforts, and that of my fellow pupils', in those unavoidably delivered circumstances, were, (despite my being proven as excellent at the theory) all so poor when it came to experiments, and also why some of my fellows students did so well in that area.

For, whereas I did exactly as I was told, and consequently got the poor results, in fact, all of these poorly-equipped investigators should have affected everybody, yet at least some of my fellow students "looked up the expected answers", or asked previous year students, to see what they should be getting, and made damn sure they got something like that themselves! But, I was convinced by the Theory, and expected invaluable confirmation in the "proving experiments", so when they didn't, I accepted that I was a lousy experimenter!

And, it didn't get much better, as an undergraduate at University. For, once again, I was a top student at Physics Theory, but "poor" in experimental work! Nevertheless, I still usually ended up top, particularly in Mathematics, which did seem to conform exactly with Real World applications.

And it is only now, a lifetime later, that I can clearly see what was amiss...

Even in Higher Education, most of my peers had quickly learned to cheat, for the Experiments were both too badly conceived-of, and even set-up, to ever give correct answers. So, while I misguidedly struggled to find "The Truth", in what I believed to be the true scientific way, my fellows just wanted the right answers and got them by other means.

Sadly, these experiences put me off Experimental Physics, though I continued to excel at Theory: and I consequently had many rows with the postgraduate "demonstrators" who were supposed to aid undergraduates with their experiments. And, as they were the only real contacts between the Staff and the students, my stock with the powers that be in the department was soon declining rapidly... 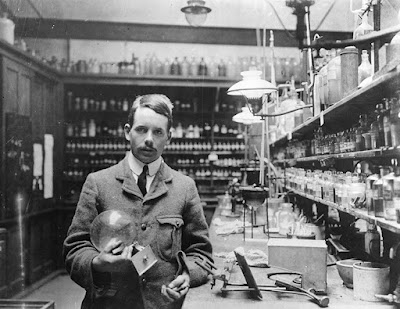 And it is only now that I know why!

The reason was that the Pluralistic Mathematics intimately-involved in both in how the experiments were conceived-of and carried out, and even in the so-called Theory that we were taught, were mutually gelled-together, as well as possible, between the two, but only if "correctly" carried out "perfectly" on the experimental side. But, neither side actually delivered Reality-as-is at all!

The crudity of the Experiments meant that the matching with results became increasingly difficult, and even often impossible to obtain, and if and when they did, it was NEVER the sought for Truth, but an approximation based squarely upon an assumption of permanently Fixed Laws.

Indeed, this major error, over many years, had separated those involved, into those delivering Experiments, and the Theorists who interpreted them, into two very uncomfortable groups of bedfellows, who, nevertheless, were indispensable to one another - precisely because of their very different priorities in maintaining a simplifying fiction.

So, by my fellow students cheating, the true inadequacies of the Experiments were masked, and, consequently, literally no-one was comprehensively adequately trained in all aspects of Experimental work. Indeed, if by some prior good teacher of experimental work, a particular student actually got exactly what the experiment could deliver, it would, nevertheless, be marked as wrong, because it would still NOT exactly match with the "Theory"!

Let us see why such a scenario was wholly unavoidable.

Ever since the Greeks, the Results of Experiments were always treated totally pluralistically! All were aimed for particular Laws, that were assumed to be naturally forever FIXED.

Nature was falsely assumed to work only via such eternally Fixed Laws.
But the real unfettered world is not fixed in such a way, and to get anywhere even reasonably near to that situation, the rigid control-and-maintainance of the constitution of the Experiment would have to be absolutely perfect: and that, of course, was almost impossible to achieve without great expense and sufficient time being allocated to ensuring that supposed "perfection".

And, needless-to-say, that didn't ever happen with entirely student-run lab experiments!

By the way, in Professional Science contexts, the experimenters and practical product deliverers were Technologists rather than Scientists, while the theorist interpreters of the resulting data were the actual Scientists.
Any Fixed Laws, extracted in such experiments, were never generally applicable either: they would only behave as such if the Applying situation was totally identical to the Extracting one - the complete control of these environments is technology!
So, in other words, the true guardians and implementers of the aimed-for Pluralist Science were ONLY EVER the Technologists.

The scientists, on the other hand, were initially holists, seeking Natural Laws, which in that Real World of multiple simultaneous and mutually-affecting Laws, were impossible to extraxt as such, without a radical pruning and thereafter continued rigid control of the situation: and that could NEVER reveal the same Law, as applied in Reality-as-is.

For the Laws did not just SUM: they changed one another in various different qualitative ways! So the Laws in Experiments were DIFFERENT to those Laws in Reality-as-is!

A FIXED Law as was evident in a perfect Pluralist Experiment, actually never existed as such anywhere in Reality-as-is!

Now, for Science-in-General, and even in the professional World of scientific endeavour, a further totally-mistaken assumption was made. It was assumed that the Fixed Law extracted, by these methods, was the natural, underlying Law present in absolutely ALL relevant situations, usually along with others, all of them being of the very same type. They just combined somehow to deliver Reality-as-is. And, this belief was embodied in the universally-accepted Principle of Plurality.

What that meant, was that absolutely NO Qualitative Changes could ever occur, by the action of Natural Laws: all real Development and even Evolution were put down solely to mere Complication alone.. And this is clearly wrong!

So, why was it adopted so emphatically?

You have to remember exactly-when it was first achieved, and what a remarkable Revolution it precipitated within Mathematics! For, it was first implemented, as such, in Ancient Greece, almost 2,500 years ago, in what later became known as Euclidian Geometry, and thereafter and equally legitmately extended to the whole of Mathematics - as it then was. For, the use of a wholly new kind of Abstraction had been involved that only referred to Relationships, and consequently had, for the first time ever in Human History, enabled the sound construction of a whole new Intellectual Discipline, by using these Revealing Abstract relations, via a totally reliable New Rationality.

Indeed, the Revolution was incorrectly-assumed to encompass Absolutely Everything: and was immediately, and wrongly, applied to both General Reasoning and all the emerging Sciences too.

Now, to further explain that more general use, we have to consider the special situation of Stability: for, in the Rationality of Mathematics, it was also validly applicable in Stable Situations of all kinds, as long as they remained as such! And Mankind had long been "holding-things-still", while they used them, for a very long period prior to the gains in Mathematics! So, the extension was obvious, and, as long as the Stability was maintained, it remained a valid application.

But, an intellectual Rule that only worked in special pragmatic situations was NO GOOD for valid-and-comprehensive explanations, even if it was adequate pragmatically: in other words, it was OK for Technology, NOT for real exploratory Science!

So, these two stances for dealing with the very same things, naturally drifted apart, and pragmatic problems were solved by technicians, while the scientists persevered, under increasing difficulties, with the consequent pluralist Theory!

Now, Experiments increasingly were set up "to work" by necessarily-attendant technicians, while the scientists carried out the Experiments and attempted to fornulate the "Fixed Natural Law" supposedly involved. But they usually got somewhat different results, each and every time they carried out the "supposedly very-same" Experiment. Now, it was always put down to "randomly-varying conditions", so that by taking averages over several runs, the underlying "Fixed" Law might be extracted.

But there isn't such a Fixed Law! The real World is holistic, wherein many simultaneously-acting Laws, both modify each of them AND the overall final effect too! And, that variability in results would be an average of all those, still making some sort of contribution, BUT by randomly varying as would always be cancelled by averaging, but "all-in-its-own-single-way" for each and every as yet still not-completely-removed contributor.

Sum the achieved average would NOT be of a fixed underlying Law, with randomly varying context, but, instead, an average of the involved and still-acting remnants of the supposedly-removed natural and multiple, usually accompanying contributions.

Which is why, in the title of this paper, I termed it "Semi-pluralist"!

And, which, at best, delivers only a poor approximation to an actually non-existant supposedly Fixed Law anyway!

Clearly, to conquer Reality, in all circumstances - absolutely essential if the many anomalies and crises, currently totally inaccessible outside of the artificially-fixed version, are also to be fully dealt with, what they simply must be tackled with a comprehensive knowledge of the Real Holistic possibilities.

A Holistic Version of Science must how be both unearthed and systematically developed!
Maybe one day we'll see holistic experiments in school Science labs...
Posted by E Journal at 17:55