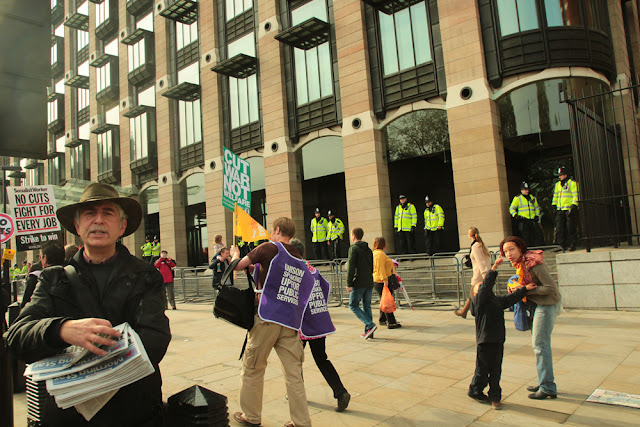 You can’t have one without the others!

I always remember, as a young student, listening to a speech by Gerry Healy of the then Socialist Labour League, a Trotskyist Revolutionary Party affiliated to the International Committee of the Fourth International, and his answer to a question about the rights and wrongs of a particular strike, which caused him to respond with, “What you don’t seem to understand”, he affirmed, “is that the bosses are always wrong!” Such a response took the questioner by surprise, for he expected a rational, or even moral, explanation, for that was how he arrived at his political positions and “beliefs”. But Healy didn’t come from that background at all. He knew the enemy and their lying ways, and knew that you had to fight them with Working Class action, AND also that, to be a Marxist meant that that you were always on the side of the Working Class, and against the Ruling Class on every single issue!

But though he was right to answer the Middle Class student in that way, he was wrong when it came to training a Marxist Revolutionary Leadership for the Working Class, for those would have to go well beyond Trade Union consciousness: they would have to understand deeply about Capitalism, and even more fundamentally, would have to become both a Marxist Philosopher and a Trained Marxist analyst and theorist. And that would involve the necessary Philosophy – including both Holism and Dialectical Materialism, which would have to be their steadfast yet developing worldview, in order to supply their required methodology for dealing with all problems at all levels. The gut reaction may place a speaker, like Healy, on the right track, but the preparation of a revolutionary leadership required a great deal more than that.

After a lifetime in and around revolutionary politics, I finally realised that those who currently profess to be Marxists were NOT doing what Marx and Engels, and later Lenin and Trotsky, knew to be imperative. They were neither developing Marxism (absolutely essential), nor training a new cadre to be Marxist in the Leninist sense. They weren’t, and still aren’t, equipping a leadership, and hence they were failing the Working Class.

Now, I have just finished reading the most detailed (and extensive) Marxist essay on Syria (written January 2013), which was a serious and competent delivery of much that we need to know. It was, by far, the best that I have read, but it gave no clues as to what Marxism really is – and by that I mean it did not reveal its philosophy and method. The dialectics of a tract by Marx were absent. You either took what the writer revealed, or you didn’t.

There wasn’t an evident and unstoppable imperative of a superior philosophy clearly in action, and that, as Lenin himself was well aware, is vital! He didn’t write Materialism and Empirio Criticism as a filler between vital political activities. He wrote it because he was attempting to train a Marxist cadre, and even colleagues like Lunacharsky (later Commissar for Education in the Revolutionary Regime) were tarnished with the positivist brush of Henri Poincaré and Ernst Mach.

It seemed to me that there are many sides to the essential activities of Marxist revolutionaries. The common denominators to all groups who profess to be such are Reportage and Activism the first must inform of the facts before any appropriate action is decided upon. BUT both will be flawed without the essential ground provided by the Marxist Philosophy, and its methods. For the World is in constant change, and a Marxist cannot just “look up” appropriate measures: he has to re-invent them as things change. In the midst of a revolution, the revolutionary will be changing “what has to be done” by the hour!

What characterised Lenin was this sound Marxist basis and analysis. In the midst of the Russian February Phase, only his philosophy and method saw “what had to be done”, and in his April Theses, he turned the whole Party around.

Finally, in the turmoil of fast transforming Reality, he usually knew what to do. No time for reportage or even political activism then! The correct analysis of the moment, and the right immediate actions were essential. Without his solid and brilliant philosophy, he simply could not have done it.

I, therefore, ask, with respect, the writer of that excellent piece of Marxist reportage (**see reference below), “Where is the Marxist Philosophy?” Needless to say, I ask because I am attempting to contribute towards that standpoint and theory via my expertise as a scientist and teacher, plus 50 years in the revolutionary movement.