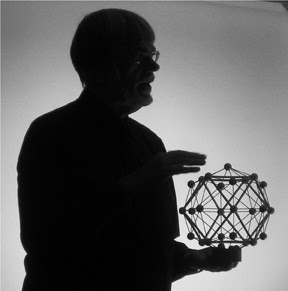 Some years ago I was invited to give a talk to a group of Marxist activists as a kind of education class.

My son, who was a member of this group at that time, had been extolling the virtues of my Marxist philosophy, and thought it would be interesting for the group.

No particular remit was involved, so no-one had much idea of what I was going to speak about. So, I chose an area that I had been involved in, in my professional life, for several decades, and one where my philosophical standpoint and approach had allowed me to make a unique and significant contribution.

But I must admit that, to my audience, my choice of topic was a very surprising area. The reponse from them was clearly total incomprehension! For, I had chosen to speak about the detailed methods and analysis that along with a specialist in the field had developed for the teaching of Movement in Dance – both from a performance aspect and also from creative choreographic considerations too.

They could hardly believe their ears! Here was a so-called Marxist, talking to an active Marxist Group about how to perform and create Dance? Was he off his rocker? He is fairly old!

I suppose they must have been expecting an analysis of the current political situation, with maybe a little more theoretical ammunition to use in arguments and discussions. But, instead, they had this academic talking about Descreteness and Continuity, and explaining Zeno’s Paradoxes.

They could see absolutely nothing for them in what was being revealed. To them, it sounded totally useless as a contribution to what they did, day-in and day-out. But, they were wrong!

Indeed, having been in revolutionary Marxist organisations for most of my life, I finally knew clearly exactly what was wrong with them, and it certainly wasn’t insufficient arguing points. It was that they were NOT Marxists! They never thought about Philosophy at all, and frankly could see no real use for it in what they did! They distrusted academics who “pretended” to be Marxists, but who were, as far as they could tell, merely treating Marxism as a subject to be studied, analysed and criticised.

But they had forgotten what both Marx and Engels were: they were academic philosophers situated in German Universities, and originally were the disciples of the Absolute Idealist Philosopher Frederick Hegel.

Their first and most important "revolution” had been to “stand Hegel on his head, or rather upon his feet”, and transfer bodily his holistic dialectics into Materialism. Without the struggle of these Young Hegelians to transform “academic” Philosophy, there would never have been any Marxism at all!

So. the very focus upon something NOT part of their everyday practice was my plan to make them consider things philosophically, and away from the ready clichés that purported to be Marxist Philosophy. It had to be an entirely universal approach applicable to absolutely everything!

For, at the beginning of the 20th century Vladimir Ilyich Lenin knew that his Bolshevik Party could never lead a revolution to success in Russia, unless it tackled its abysmal Philosophy. He both wrote Materialism and Empirio Criticism and set to reading the works of Hegel materialistically, which he then captured in his Philosophical Notebooks - Volume 38 of his collected works.

Frankly, the position at this present time is incomparably worse than it was then. These activists know ZERO about the Marxist Philosophical standpoint and even less about its importance. You would never know from such people that such a philosophy was, and still is, THE most powerful existing anywhere at this time. Yet not only does it never get aired – much more important it also NEVER gets used!

So, as far as I can tell no one studies it, and most certainly no one is developing it. Almost all so-called Marxists know absolutely nothing about the gains made by the founders of Marxism in Philosophy, and certainly no one knows how to use it in the myriads of areas, where it would be both necessary and revolutionary today.

For example, even after 100 years the totally reactionary Copenhagen Interpretation of Quantum Theory still rules Sub Atomic Physics, and in most sciences the assumed primacy of Natural Laws is presumed to actually drive Concrete Reality to be what it is, and behave as it does: a purely idealist concept!

At the same time the real strength of Science – its Explanations (its Objective Content), have been dumped in favour of eminently useful Equations. Yet the way that these are extracted from Reality and raised to Natural Law status relies totally upon the Principle of Plurality, which makes all such extracted relations totally independent of their context, and hence makes them eternal. Mere complication of many such Natural Laws is supposed to deliver absolutely everything! NO, it does NOT!

The whole thrust of Marxist Philosophy is that it is Holistic – the exact opposite of Pluralistic, and, instead of concentrating on Stability, as does Science, it instead concentrates upon Qualitative Changes, and in particular, Emergent Events, which in Society are termed Social Revolutions, but which also occur in all Development, no matter where and when it happens.

How, did a handful of Marxist leaders manage to intervene in the Russian Revolutions of 1905, February 1917 and Octover 1917, and not only win, but rebut the monarchist Standing Army, and the armies of 14 invading nations intent upon defeating the first ever Socialist Revolution.

Do you really think that slogans in the Russian Revolution lasted throughout? NO they did not! The leaders had to constantly be reviewing what they put forward as demands, and had to unify disparate elements the poor – not least the vast majority – the peasants from the countryside, and the Working Class from the cities and towns.

This they did, though at one point Trotsky was in prison and Lenin was in hiding in Finland. Yet by October they had it correct and took the power.
Posted by E Journal at 15:42