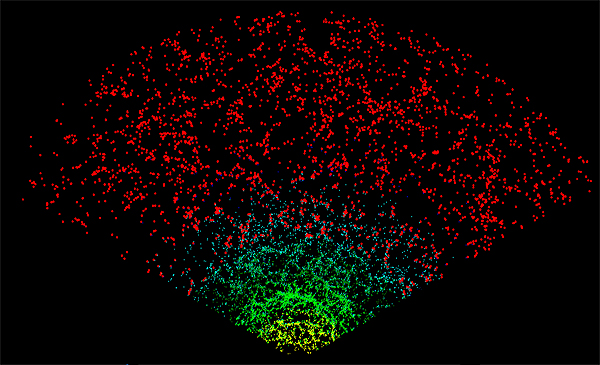 
The current evident interest in the idea of a Black Hole/White Hole Bounce which was suggested in order to “explain” the recently observed bursts of Radio Waves in Space, may sound somewhat like that idea of a collapsing Universe immediately turning into an on-going expansion of a seemingly, completely new one - but the theorists involved in the new suggestions don’t make that connection at all, for they are solely concerned with forcibly-adding as much “evidence” as possible into their pre-existing, purely-formal theories – in this case concerned with Loop Quantum Gravity (perhaps).

Hence, the whole exercise is totally non-physical! It amounts to formal/mathematical research, without an overt physical basis, yet again extrapolating to “infinity and beyond”!

But, surely, what is really required is a physical, explanatory assault upon such concrete data, along with the best possible physical models of what are supposed to be the entities and happenings involved? Any purely formal route is doomed to failure, for it has to be an incorrect path with its purely descriptive premises, so that it cannot take real explanation any further!

The physical premises, for those purely formal theories must be exposed, criticised and replaced, and a truly scientific attempt made to explain such phenomena physically undertaken.

The problem is that the total abandonment of explanatory theories in modern day Physics, leaves current theorists without a model to criticise and improve upon. Forms cannot be criticised! We have to work back from their current theories to expose what physical premises were assumed. 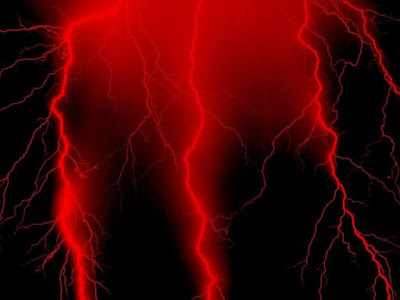 The Electric Universe group talk about a cosmic Red Shift that isn’t caused by a Doppler Effect - transforming the frequencies being observed. They assume instead that it is intrinsic to different modes of production within the developing atom.

Now, presumably, the usual explanation of radiation emitted by atoms assumes a particular context – say, in a vacuum, or, if not, they must be making the productions totally independent of any context!

Now, it is most probably the latter, but if a Universal Substrate exists, and is present not only as context for all atoms, but turns out to even be present within all atoms too, things could be different! For then, distortion of that substrate in extreme, external conditions, will definitely affect the electron orbits inside atoms, and cause changes in both emission and absorption frequencies, when such orbital transactions occur. This might be the only intrinsic modification of the emissions and absorptions in radiation, and hence will, in such extreme cases, affect the Red Shift too!

NOTE: As Red Shifts are so common, it would seem that the electron orbits must all be at lower energies, so that transitions down to lower energy levels will also be lower – towards the red end of the spectrum.

Now, we know that Solid, Liquid and Gas concentrations of atoms do not change the characteristic frequencies of emitted or absorbed radiation, so those modes of matter cannot change how atoms normally work! To find intrinsic modifications of the characteristic frequencies, we must consider extreme circumstances not usually encountered in the usual matter-phase modes. But, if those extreme conditions were to affect the Universal Substrate, that would also affect the insides of atoms, whatever phase they were in, and hence deliver the effects we are trying to explain. It could well be that normal phases are not extreme enough to make significant changes to the substrate. What must be involved will be conditions well beyond the usual ones.

It could be when stable concentrations of the Substrate are well outside the normal – in circumstances, for example when Matter is very highly concentrated, as in a Black Hole, or, alternatively, very sparsely concentrated, as at, or “beyond”, the Edge of the Universe! This being the case, we can assume that, within such an entity, the nature of the Substrate inside it can be significantly changed, so that the natural quantised orbits  will occur at different radii, due to different energy levels.

If we also go to the opposite extreme and consider the effects around the edges, then, once more, the electron orbits within the atom will be changed but in the opposite direction, due to the sparse nature of the Substrate.

Now, if these extreme cases are to throw light upon such things as the Red Shift, we will have to consider very carefully, what will be changed.

Obviously, when general radiation is so “red-shifted” (as seems to be the case for distant sources), we must adjust our measurements, to include the fact that we will be looking into the past, sometime long ago as well as far into the distance. It seems that, in this pretty well universal case, we may well be talking about the possible evolution of the Universal Substrate. It is unlikely to have always been there, exactly as we conceive it now!

It must have changed over time, as did everything else, and therefore, could not have been completely unaffected by the developments with which it had to be connected. 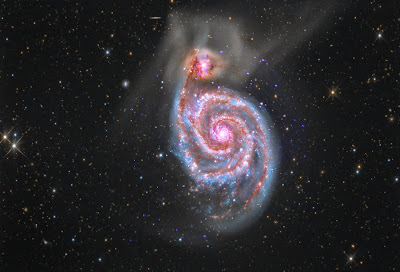 For example, if some kind of Big Bang did happen, how does the establishment of the Universal Substrate fit into that changing scenario? And, even if some form of the Substrate preceded that Big Bang, it would unavoidably be successively modified both by that calamitous Event and its following consequences, with effects sweeping outwards from that “Point of Origin”.

In addition, we have to consider a natural “Temperature” of the Substrate over time. In current theories of the Universal Substrate it underpins many phenomena that use it as both sink and source for energy.

So the Substrate could always have contained a measure of Energy, either in the internal orbits of its component units, or in “whole unit” oscillations or translational travel too!

Hence the propagation of other energy would be promoting the internal orbits to levels above those necessary for its initial establishment, and any due to a general state of a region – its so-called “Temperature”!

NOTE: Though a particular unit with a promoted internal orbit will immediately demote it by transferring a quantum to another “empty” unit, when a whole area has all units with extra energy they will effectively equalise to the same internal “Temperature”.

This being the case, we have to consider how propagation would be affected. Remember, we have assumed that the Substrate does not alter the nature the propagation of so-called radiation: whatever it is, it will be propagated  totally unchanged! But first, how does our unit of Substrate manage that, and secondly, how may this be changed by circumstances?

NOTE: If the theories (of this researcher) concerning the role of the Universal Substrate, within an atom, and concerning quantized electrical orbits, are true, then the vortices caused in that substrate, by the orbiting of an electron, will be changed, if the Substrate differs from the classical form during extreme circumstances.

Clearly, if, for example, the density of the Substrate units were significantly changed (for some external reasons) the necessary matching of the orbit with the rotations of its caused vortices to bring about quantized orbits would also change, and the orbits will be at different radii (and different energy levels) though still close to what they were in normal circumstances.

We must determine how the behaviour of the vortices will be affected in a more densely packed Substrate within the atom. Now, if this caused the transitions between energy levels to be slightly lower, the energy of the released radiation would be lass, and the frequency would undergo a Red Shift – one that is intrinsic to the “Atom plus Substrate” system in those conditions. Also, a crucial factor (perhaps within or very close to a Black Hole) could involve a truly massive matter density, which might well distort the relationship between the orbiting electrons and the Substrate.

The more pressing problem is to explain the Red Shift that is merely from distant and past objects, but is internal rather than due to Doppler Shift. How could the radiation be altered either in initial production within the atom, or in transit while being propagated by units of the substrate? 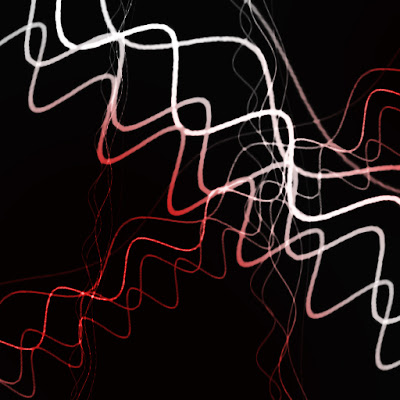 A word about method!

Notice the very different demands upon Theory, between fitting formal (or even statistical) patterns to measured data, and the alternative of explaining that data via physical reasons in some form of concrete analogistic model. The former method is purely formal and includes no content or context information: it is merely a quantitative form-fitting to pre-existing ideal mathematical forms, whereas the latter MUST involve both content and context and explain phenomena in terms of substances and their properties in particular defining conditions.

Halton Arp’s astronomical data may well be crucial in alighting upon a reasonable theory of intrinsic Red Shift. His data will have to be carefully studied, but at his Electric Universe Conference presentation he associated Red Shift with the initial creation and development of galaxies, which he gave evidence to show “budded-off” the hubs of mature galaxies and moved away perpendicular to the plane of the parent galaxy. What were most interesting were the changing Red Shifts as these new-born sub-galaxies moved away, for the Red Shift decline in seemingly quantised steps! It inferred that something determined these particular values, either in initial production or as they changed over time.

An explanation of these data if validated more generally, would imply similar possibilities on a galactic scale to those considered on a sub-atomic one – indeed, with a substrate at all levels.

PART 2 of this paper