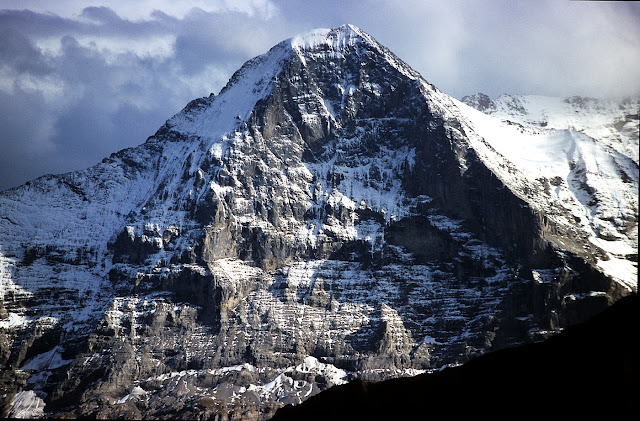 It is vital that we are aware both of our shortcomings, as well as our remarkable abilities, when it comes to a sound assessment of our devised concepts, beliefs and models of the Reality that we both inhabit, and attempt to understand.

Indeed, most of what we juggle with and cleverly manipulate, are, at best, useful human inventions, which contain only parts or aspects of that unobtainable Absolute.

Though, often brilliant, and even occasionally wonderful, they are always constructs that, in various ways, attempt to reflect ever more of that existing Reality, but always via means, which can and do, to a significant extent, mislead us.

We have to put away our homocentric prejudices, and significantly change our own assessments to get a developable handle on our "supposed understanding". For, we were not "added-in", as the final, finishing touch, adequately-equipped to both understand and employ that Reality, in the best possible ways.

On the contrary, we evolved via the same selective mechanisms as all other Life to merely survive and maybe prosper, but, certainly not to understand, necessarily!

What was truly remarkable, was that actual evolutionary processes should, in the case of Mankind, be redirected, in a wholly new way, which took our species away from an animalistic, practical set of characterisations and methods to a "GOD-like" attempt to solve problems by attempting to understand them. It involved a crucial, revolutionary redirection, because it was more general, and delivered the possibility of many more solutions than could be amassed by mere individual experiences.

Now, such a redirection has revealed many unpredictable theories and methods, which have literally overthrown the usual strategy-for-survival, (basically the same as for all other life forms), into one in which the Brain, and what we call Thinking became our primary asset.


We, no longer, merely learn-and-repeat: we also strive to find reasons and causes for what we observe: We attempt to redefine our observations into forms that underlie whole ranges of behaviours. We attempt to understand!

But, of course, that is much easier said than done, and the trajectory of development has not, and, indeed, could not be either direct or self evident.

On the contrary, it is full of misconceptions, many of which lead, inevitably, to dead ends. There has appeared NO direct stairway to Understanding.

What is remarkable is that many very clever inventions have been achieved, which, though including ever more Objective Content, certainly with increasing effectiveness in use, but also often leading us astray theoretically. Indeed, many means have been such, as to only ever be local to a particular area of study - and, so much so, that, in every area, the considerations have always, fairly quickly, reached terminating situations - characterised by the emergence of Dichotomous Pairs of concepts - alternative contradictory ideas that cannot both be true!

Now, this is crucial!

To make any sort of progress in our objective of understanding Reality, Mankind had to do several remarkable things. They had to arrive at a set of premises - basic assumptions, supposedly common to the current area of study, which clarified a seemingly complex situation, into one that could be investigated. There was no avoiding this route!

Reality was too complex and too holistic to be addressed "as is".

We would have to simplify it, to make it more amenable for study, and indeed for use. But, such modifications had two very different effects. First, it did make things easier. But, second, it would inevitably end by leading us into a cul-de-sac - an insurmountable impasse in our formal reasoning.
These crucial areas of real development, led us, inevitably, into very different qualitatively evolving trajectories.

Formal reasoning would get us absolutely nowhere!

First, these impasses divided Reality up into many different areas, within which some objectives could be achieved, but which were always limited in extent, and surrounded by these impasses.

And, such a patchwork, of separate areas, forced us to seek something common to them all as a unifier!

Mankind did find something in Forms and Patterns, so there were these universal formal features that could be recognised, as occurring, across all of these areas. But, though these formal commonalities certainly did recur literally everywhere, they were altogether too common, too simple, and clearly too merely descriptive to be seen as the actual causes.

But, the inviting hole was there to be fallen into, and everyone followed one another "over the edge like lemmings", and soon everyone began to see "Form as Cause", which it most certainly was not! 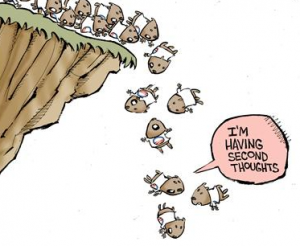 Of course, such mistakes did nothing to assist in the problem being attempted here. MANY a false path concerned with form alone, often misled those in pursuit of the Dichotomous Pairs.

The only way forward was Hegel's pursuit of these crucial stumbling blocks, followed by the exposure of their causing premises, and their consequent replacement. Only by such a route could the contradictions finally get explained, making further progress possible beyond these tiresome contradictions.

Man. as with all other living things, evolved by means of Natural Selection. But, in this very special case, where the Brains and Thinking of living human beings became the crucial factors, for mere physical adaptions could do nothing in solving problems like Dichotomous Pairs and their unavoidable impasses. Very different means had to be developed consciously by living human beings for themselves.

It became a very different problem, and took Mankind into a very different sphere of evolution. It wasn't appropriate physical adaptions which enabled development via genes, but new ways of thinking that had to be invented.

If Man was to crack such problems as this one, Natural Selection had to do a very different job, somehow. It had to select for general intelligence, which would "succeed" by achieving wholly new concepts, and new ways of thinking.

And, the most likely areas for that to begin to work would be in hunting strategy successes.

In other words, it would be another kind of intelligence that would be selected for. And, the sought for intelligence, we are considering here, would have to be provided indirectly, and so would involve a whole evolutionary development of a new kind to finally deliver what was required.

Genetics alone would be insufficient: it is clear that social teaching would be essential too!

Indeed, the idea that there could be different genes, for different "knowledge" is certainly mistaken. More and more characteristics of a new offspring would have to be taught to it as it matures. They could never be coded for in the genes of that individual.

To pass on such things would always have to be achieved ater birth in subsequent education.

Of course, certain mental abilities required to cope with such learning will be inherited, but without the necessary teaching, such abilities will never come to fruition.

Clearly, a wholly new phase in evolution has occurred, when it comes to Mankind. For, though both teaching and learning occur in many animls, it is language and literacy that enable a colossal leap forward. New generations don't only learn from their parents and teachers, but also from long dead thinkers' published writings.

A mammoth step change in communicated knowledge and understanding occurs with language and literacy. No longer was all evolution solely determined by Natural Selection, and limited to purely adaptive improvements, in the actual forms of living things, via living success in survival and reproduction. With Mankind, a whole new trajectory, much less pragmatic than Selection, began to be increasingly significant.

But, clearly, such gains could NOT be passed on genetically, so quite different means were employed by living humans attempting to do the impossible - consciously understand aspects of Reality and passing them on by teaching the new generation. And, of course, doing it entirely without the tailor-made, inherited means of genetics, many mistakes and misinterpretations were inevitable.

What was passed on wasn't always right! Indeed, it may have contained something of real value, but would always be insufficient.

The process wasn't only concerned with effective teaching. It also had to be how Reality was investigated, and how discoveries were made. And, even more difficult, the necessary informed criticism of premises and methods. As it is so poetically put by some thinkers - "Man had to pull himself up by his own bootlaces!"

The gap between Zeno of Elea and Friedrich Hegel took 2,300 years for the crucial next step to be realised. And from Hegel to now is 200 years (and counting).

The necessary developments are not easy.

Indeed, in perhaps the most advanced Science - Modern Physics, the majority of participants have been idealists for almost 100 years, and with no sign of a change being immanent, it will take even more time to remedy that "backwards step" in our evolution!
Posted by E Journal at 12:22