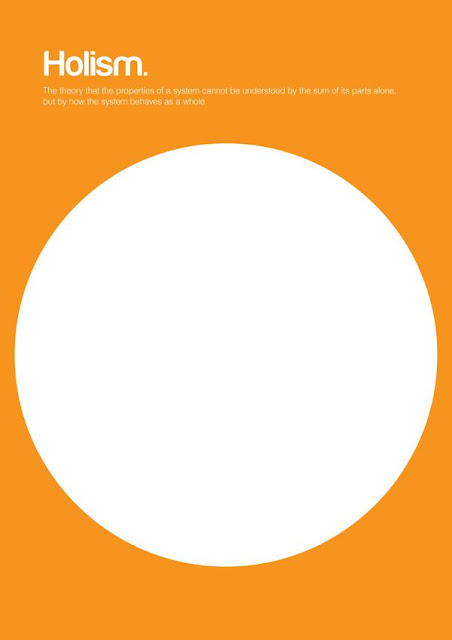 What is Holism? It isn't the usual New Age pseudoscience which unfortunately co-opts the term.

Having commenced reading a book upon supposedly "Holistic Science", I was surprised how very differently, and with very different conclusions to my own, in the way that very idea of Holism was handled.


For, my emphasis strongly contrasted Holism with what I term Plurality as crucial-and-opposite premises, in considering the World, whereas, at least in his introduction, the writer contrasted it with what he termed "Atomism" and Reductionism (or even "Mechanism"). His emphases upon top-down-causality as distinct from bottom-up-causality seemed to primarily define his Holist Stance.

Yet, in all Causality, it has to be Properties that primarily enable explanations of phenomena: and though this does seem easier in bottom-up explanations, and therefore naturally-selective of subscribing to Reductionism, the universal resilience of Stabilities, regularly overcoming challenges from below to nevertheless persist, also invokes credit to some sort of apparently "top-down" causality too.

But, the absence of any reference whatsoever to Plurality does not bode well, and I will explain why this is so.

Plurality actually enabled Abstraction for the very first time, to be greatly and powerfully extended into wholly new areas. It happened when the ancient Greeks invented Euclidian Geometry, and thereafter, the much larger discipline of Mathematics, that it begat. It was simultaneously a Great Enabling Revolution, and yet also at the same time, a potentially-destructive "time-bomb" to possible further developments at a later and more advanced stage in Mankind's intellectual thinking.

For, Abstractions don't exist as such, physically: they are aspects of Reality that can be extracted and discussed, because they reflect something important in what they are aspects of, while also being common to a wide range of other physically existing things too.
Number is the clearest example!

NOTE: But, as we will see, the absence of even a mention of all this, and the emphasis upon "top down drivers" opens the door implicitly, without direct mention, to Principles like that of Plurality, as well as to the allocation of Cause to Form - to mathematical versions applied to physical relationships too.

But, the Greeks took Abstraction further, to include descriptors of Shape, Position and Direction. And, they soon were able to relate these into "always true" Rules: which they established into a system of relationships, between these, amounting to a kind of Spatial Reasoning.

But, only of fixed Abstractions. 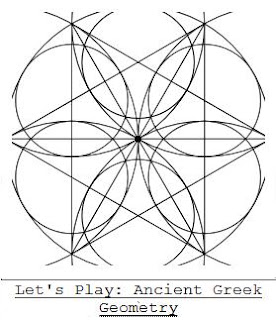 Now, though quantitative features can vary, the Principle of Plurality insists that the formal Abstractions and their inter-relationships don't: they cannot change qualitatively.

And, this limits Mathematics to only those areas where such will always be the case.

But, and this is very important, the success of Mathematics caused the Greeks to extend Plurality to general Reasoning too, delivering Formal Logic, and later to Science also - and this limitation to everywhere in these contexts is most certainly NOT legitimate!

Indeed Pluralist disciplines cannot deal with qualitative developments of any kind: they can only apply if the situations are either naturally or artificially kept rigidly-unchanging in the "essential" qualities involved, and only vary quantitatively.

Clearly, not even mentioning this crucial ground in his introduction does not bode at all well for where he personally will be taking the important topic.

In addition, many other features, that are often mentioned, also need explanations.

For example, how on earth can top-down causality work?

It cannot be the same as the role in bottom-up, as instead of many-to-one causalities - simply adding-up, many-to-many cannot be so easily dealt with, for the actual containing Context is also being changed, and even multiple Recursions via a series of bottom-up caused changing Contexts, can often be unavoidable. Top-down causalities therefore often drift into one-to-many restrictions such as Principles or Iron Laws from "on high"!

NOTE:this criticism also applies, though less often, in bottom up causality, but not most of the time, though when it does occur, the established relation being assumed no longer pertains, and a partially or even a wholly different one is usually required.

We call the situation when-Plurality-pertains as the state of Stability, and, when it irretrievably fails, as that of Instability!

NOTE:That Science, as-originally-conceived-of, after the Greek Revolution, could only be relied upon, by successfully imposing the most extensive and rigid maintaining of the Context - tailor-made for a single aimed-for Law!

Nevertheless, with the rapidly increasing skills of the scientists and technologists in both achieving and maintaining those requirements, the successful application of these methods rapidly increased.

I'm afraid that up to the end of his Introduction, his stance appeared to be, so far at least, wholly inadequate!

But, there is an excuse for the current mess that is evident in the theoretical and philosophical bases in this area. For, they consequently reflect the dire standards, both in Education, and perhaps even more so, due to those same inadequacies in the political organisations of the Working Class. 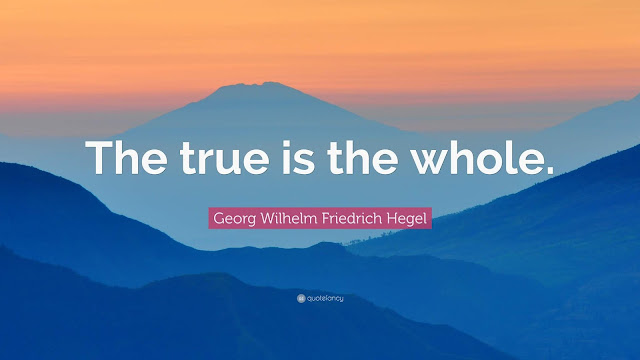 For, though the means to avoid these errors had been finally established, first by Hegelian thinking, and then, more generally, by Marx in his Dialectical Materialism of concrete Reality too, it was never comprehensively applied to Science, despite being the forefront of philosophy from the early 19th century onwards.

The still fast-moving monolith of Science carried on exactly as before, constrained by its dominance by those committed to, and staffed by scientists exclusively from, the privileged classes.

But Marxism had been taken on by many in the Working Class Movement, and, hence, it was down to that strand to also apply it to Science.

But, to the detriment of both, that didn't happen either!

And, as indicated by Dusek's Introduction, this book will not be tackling the real problems either! Nonetheless I will be following this initial crit with further contributions in the near future...