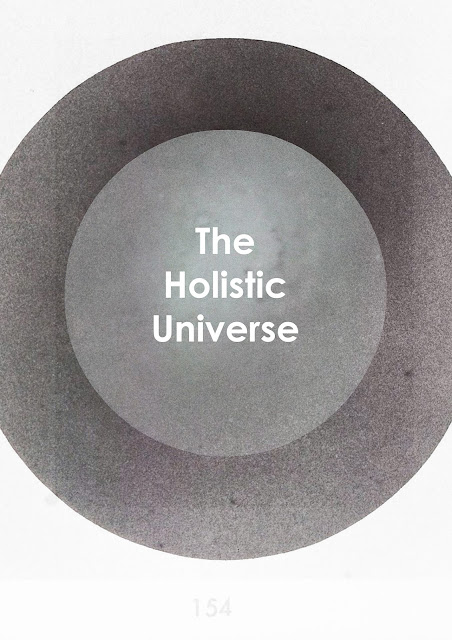 In this bumper edition we collect together the most important cosmological writings of Marxist philosopher and physicist, Jim Schofield: his work on the nature of the Universe.

In his ongoing application of Dialectical Materialism to the many disciplines of science, Jim has increasingly turned to Holism as the answer to the persistent crisis in Physics. But this ancient philosophical stance isn’t what most people think of when they hear the term “holistic” science.


Much like the rampant misuse of the word “quantum” by quacks and snake oil salesman the world over, the word “holistic” has been dragged through the dirt for several decades, becoming synonymous with the worst kind of pseudoscientific drivel, in the minds of many scientists, and in the popular consciousness too, particualrly when it is applied to the field of medicine.

For the team at SHAPE Journal, it is high time this vital word was reclaimed for those who use it deadly seriously. While holism is often used as an exuse by some to abandon analysis and scientific rigour in favour of some questionable belief system - the rational always subtended by the spiritual - the philosophical concept itself, implies no such thing.

The dictionary definition of the term doesn’t suggest this either.

Holistic is posited as the antonym of ‘atomistic’, as the study of wholes rather than parts, or an acknowledgment that parts cannot be understood without reference to the whole (and vice versa), that contexts and the changing relations between entities, are as important as the entities themselves. That holism is oppositional to reductionism doesn’t entail an abandonment of analysis, but a crucial acknowledgment of what analysis actually is; the limitations of all analyses and the necessity for examining the real material contexts in which any findings occur.

To really understand what Holism is, it is important to understand it in terms of its opposite, the currently dominant Priniciple of Plurality, and Jim spends much time explicating the differences between these two philosophical approaches. As he states in What is Holism:

“Plurality saw Reality as being determined by a set of eternal Natural Laws, which simply summed in various mixes and proportions to deliver everything that there is. The task of studying Reality (in all its diverse forms), therefore, had to be to reveal what these Laws were, and any means that could be used to reveal them more clearly was considered a legitimate method for finding such clearly defining things. For, as they were eternal, they could not be changed by context. So, if the context was significantly adjusted to most clearly display a given Law, that would in no way change the sought-for Law. Context would still determine what was seen normally, but merely due to the summing of a set of eternal laws in a given set of proportions.”

This is contrasted with Holism in the same paper:

“This was most carefully defined by The Buddha in India, about the same time as Plurality was being revealed in Greece. And, in a nutshell, it was defined as, “Everything affects everything else” or alternatively as, “Everything is always in constant change!” You can see how very different this premise made the process of understanding Reality. Instead of the pluralist assumption of the addition of FIXED things, there was instead the holist assumption of the mutually-affecting combination of easily changeable and hence constantly CHANGING components.”

Holism is most vitally different in how it sees time rather than space - it’s not just about looking at wholes rather than parts, but looking at changing properties over the assumption and manipulation of fixed laws that we see in all the sciences. Hopefully you can begin to see the relevance of this to Dialectical Materialism and to our understanding of the evolution of the Universe.

The tendency in Physics is to assume the laws that control the Universe have always been the same, but there is no evidential reason to assume this - the flaw is an unspoken philosophical assumption - and it has lead to a very skewed view of Cosmology.

This set of essays begins the task of looking at the Universe and its history holistically - the Universe as an interconnected and evolving Everything.