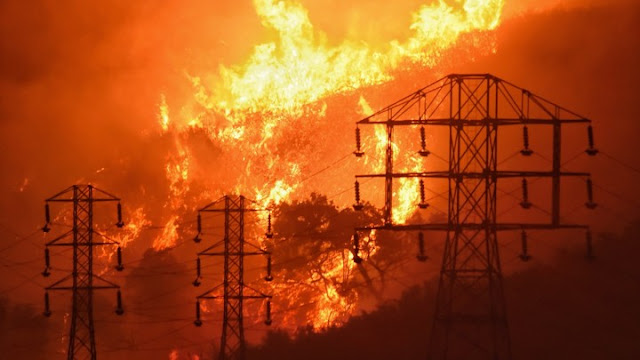 We Must Unify the Struggles of the Left


Two significant problems currently stand in the way of the essential political actions absolutely necessary to dispense with the clearly evident causes that produce most of the debilitating issues of today - which together can only be due to the Capitalist System, underpinning all of the difficult aspects and problems that we encounter.

For nothing less could possibly make any real and lasting difference!

But, being confronted with such a seemingly impossible-to-achieve solution will always then impel people to focus their anger-and-actions upon a current single evident problem (climate change, refugee crisis, Palestine, Brexit, fracking, stop the war coalition) now being addressed. And the apparent lack of any wide-ranging, integrating stance, more or less guarantees the inevitable downturn and final ebbing away of support in all such individual-and-separated actions.

The first difficulty is that clearly and evident separation of all the necessary and growing struggles, which, when so isolated from one another, and with no evident, overall-solving-objective available, can never individually have the necessary wherewithal to actually visualise any real Change-in-the-System, and, no matter how legitimate those single issues are, they will definitely only swiftly build to a maximum, and then decline, ENTIRELY due to each isolated struggle's unavoidable Lack of achieving any Persisting Success!

Surely, the dynamism of such struggles has to be understood to address this recurring problem?

For, the "purely moral" isolation often involved does NOT naturally indicate a necessary wider scaling-up-of Protest, into something both more general, and with a wider range of other related and important struggles - with common causes.

And crucially, a unifying-political-form of organisation, encompassing the extended, clearly-related range of issues, and a consequent coherent, comprehensive and integrated Programme of what has to be done, AND ALSO, necessarily, a series of Objectives to be concretely achieved, on-the-road to a Final permanent Political Transformation of the situation, will be vital in sustaining the necessary momentum of all the struggles.

I was immediately energised by the Extinction Rebellion response to the clearly accelerating Global Warming and consequent Climate Change (caused by the unsustainable growth of Global Capitalism), and the also clearly evident increasing undermining of the usual Climate Stability, into instead the possibly catastrophic outcomes for both the Planet and its Peoples.


I have been involved in a wide variety of such struggles, all my adult Life, and have seen the Rise and Fall of totally legitimate, but almost always separated movements, which, even when they succeeded, have NEVER left behind a sufficient political change to defend and maintain any gains. So, though the solution seems clear enough - the Unity of such Struggles is never ever achieved both concretely or organisationally!

YET, the argument frequently and vigorously insisted upon by many organisers of such actions is that widening the struggles will drive away supporters of this particular individual issue, and hence cause it to fail...

NO! it will fail precisely because the wider basis for the problem still remains, and at the first opportunity any gains will be removed again.
I was greatly stimulated by the remarkable actions of those energised to both help, and then to vigorously demonstrate, after the terrible Grenfell Fire Disaster in London: there were many angry, energetic, articulate and organising people powerfully moved to do what they could.

But it rose to a crescendo, and finally ebbed away. 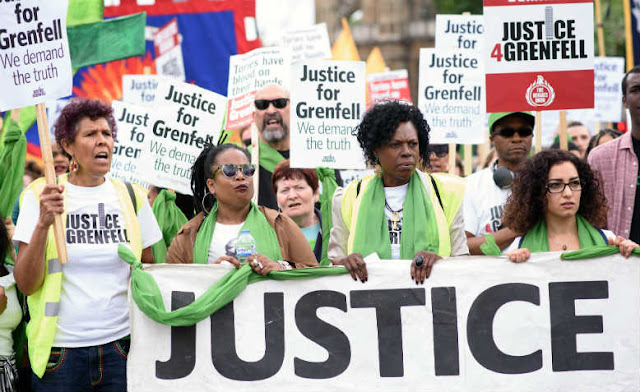 Such great people should have been integrated into a bigger force-for-change, but where are they now?

What a waste of love, energy and talent!

Now, we have to reveal exactly why this never happens.

I am a Working Class person, who got an Education and thereafter a series of posts in Educational institutions, from Schools to Universities, in three different countries. I was, throughout my adult life, involved in political struggles, and consequently ended up involved in one organisation or another, but though they all had what they considered was an overall unifying stance, the leaders both didn't, and indeed couldn't, have meant it.

The leaders were invariably from the Wrong Class!

And, the level of understanding of these leaders, though often sophisticated, and well-read, was always inadequate to powerfully energise both their members, and those they were attempting to help or recruit.

I have subsequently met many of my past-colleagues from such organisations, again later in life, and they had all reverted-to-Class, and found my continuing commitments embarrassing, and even often pretended that they didn't recognise me, and kept out of my way!

So I was, over time, in a variety of Political Parties.

NOTE: I am a physicist, but a steadfast opponent of the then and now current Copenhagen Stance, which is still today the consensus position in Modern Sub Atomic Physics, so, in my youth, I looked around for an alternative stance! I finally found it in a book entitled Materialism and Empirio Criticism, which criticised the at-the-time-of-its-writing, increasingly popular ideas of Henri Poincaré and Ernst Mach, who were termed Positivists. The stance of the writer of that book, a certain V. I. Lenin, was brilliant, philosophically, but he was no physicist. So, finding out that Lenin was a Marxist, I joined the Communist Party, expecting to find what I needed there.

But it wasn't available! 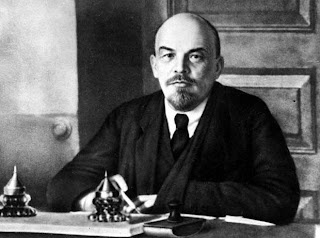 It took me some time to find out, but I never found anyone who wanted to discuss the problem, and finally realised that the version of Marxism which they subscribed-to, resided solely in a series of books covering a particular area of studies, which certainly did not include Physics! No one was an active practising Marxist, though they all insisted that they were.

And throughout my political life, in various Parties, I found the very same problem. A consistent, coherent and comprehensive stance was simply not involved.

So, more generally, the separation of struggles COULD NOT be integrated via a shared theoretical stance - for nobody involved seemed to have one.

Now, even supposing such a comprehensive Marxist Stance actually existed, and I could understand it, several difficulties were still inevitable...

Not least was its comprehensive application to Modern Physics - a truly mommoth task: then a facility for applying it to political compaigns and objectives, and finally, perhaps most difficult of all, the means by which all the various struggles including new ones (as they arose) could be presented from an integrated critical position - absolutely essential to formulating the correct policies for them all, and sufficiently energising to my auditors to integrate them all into a coherent and extendable overall campaign.

I feel I have finally got somewhere with the first two of these objectives.

But now, at 80 years old, and almost blind, I feel I will not complete the third...

That, perhaps, will be your task!