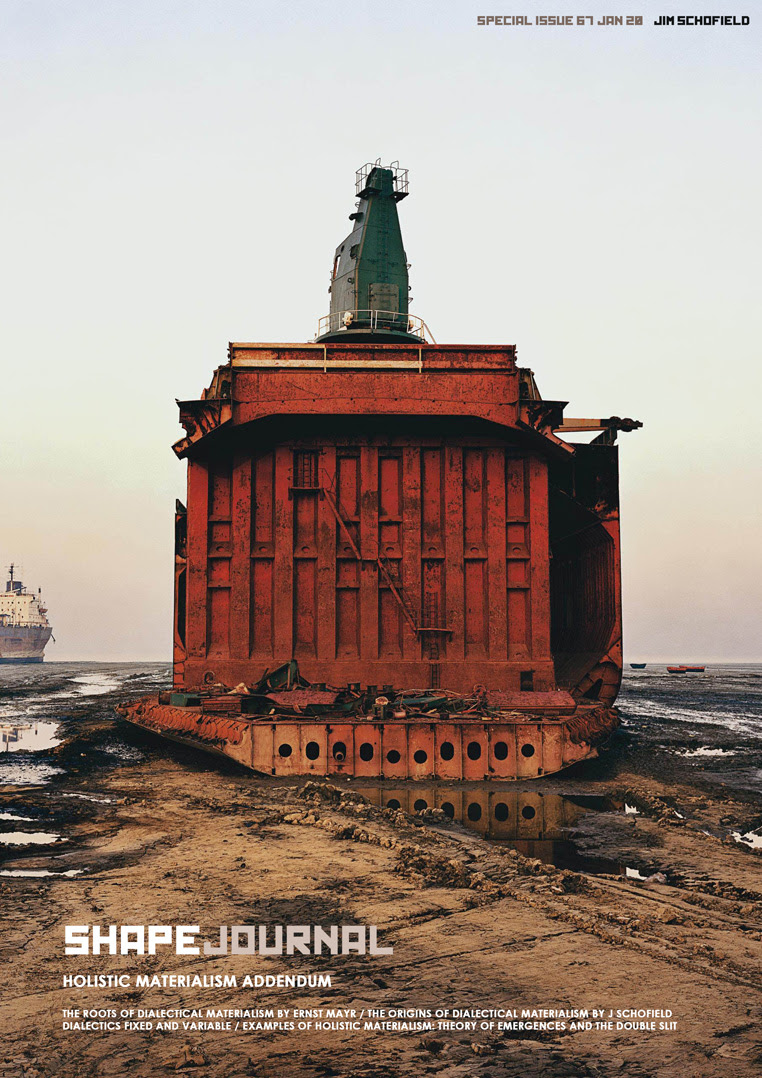 
This Special Issue of SHAPE is an addendum to the original two part series entitled Holistic Materialism published last year.

The original series constituted a set of loosely related papers by Marxist theorist Jim Schofield concerning his philosophy of science, and his application of Holism and Dialectical Materialism to the sciences, especially particle physics. This has been a historical and epistemological project as much as it has been a philosophical and scientific one. In order to understand the mistakes and impasses we are presented with in science today, it is imperative to go back and have some understanding of how knowledge and philosophy have evolved over human history.

But what exactly is Holistic Materialism? Holism is a word that means different things to different people, a seemingly vague term that is often abused and misused - ‘holistic medicine’ for example covers all sorts of pseudoscientific nonsense no empricial researcher would care to be associated with. However Holism as a philosophical concept refers to something quite specific, and for Jim Schofield it is encapsualted in its opposition to the Pluralist position (not to be confused with pluralism), which sees all entities and laws as separable - capable of being isolated and studied in isolation - but more importantly, that this separability will somehow unlock the truth of how things in reality work. Essentially it is the philosophy of reductionism and this underpins almost all contemporary scientific research.

Jim Schofield’s work is a unique critique of the hidden assumptions which underpin all science.

“The discovery of the similarity between dialectical materialism and the thinking of the naturalists is not new. Several authors have called attention to it, particularly Allen... He starts quite rightly: “The process of natural selection is as dialectical a process one could find in nature.” Allen thought that the dialectic viewpoint of the naturalists had been lost between 1890 and 1950... Allen asserts that the “holistic materialism” of the naturalists had failed to incorporate two important dialectical views. First “the notion that the internal change within a system is the result specifically of the interaction of opposing forces or tendencies within the system itself.”
The Roots of Dialectical Materialism (Mayr, 1997)


In the work of Schofield we see this kind of holist view of natural systems but very much informed by the dialectics of Karl Marx. It is not enough to see the interconnected-ness of things but realise how natural dominances emerge, to the point of seeming universal, and also how these dominances can come crashing down as their internal contradictions finally play out. It is in these crucial events that we see the Emergence of the wholly new. In these papers we see how Pluralist science prohibits access to this fundamental feature of reality, and that while those 19th century naturalists may have hinted at the way forward, holist science is something new.

In this additional set of papers we address Mayr’s contribution directly, including his full paper The Roots of Dialectical Materialism as part of this publication.

Jim Schofield’s initial conspectus (also included here) is critical of Mayr’s positioning of early Naturalists as instrumental in the development of Marxist theory, but also acknowledges Mayr’s work as potentially very valuable to the further development of Marxism, philosophically, and in aiding the difficult progression towards a holistic scientific method. 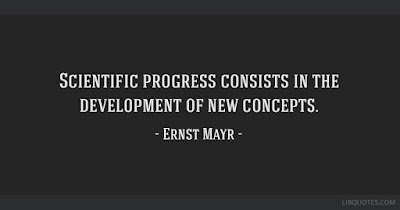 The World Socialist Web Site, published by the International Committee of the Fourth International, certainly considered Mayr’s work important to Marxism, publishing a detailed obituary of this great thinker upon his death in 2005. In this piece Walter Gilberti writes:

“Mayr’s life-long interest in the fundamental questions that continue to animate the biological sciences, combined with his exceptional longevity as a working and thinking scientist, engendered in him a profound appreciation of its history. In particular, he stressed the importance of a study of the history of scientific concepts (natural selection, e.g.). He wrote: “Preoccupation with this sort of conceptual history of science is sometimes belittled as a hobby of retired scientists. Such an attitude ignores the manifold contributions which this branch of scholarship makes” (1982). He stated further: “One can take almost any advance, either in evolutionary biology or in systematics, and show that it did not depend as much on discoveries as on the introduction of new concepts.... Those are not far wrong who insist that the progress of science consists principally in the progress of scientific concepts” (1982).”

This is certainly similar to Schofield’s view and the approach taken by this retired scientist, also trying to better understand how science works, and how it fails to work, through theory. Scientific Concepts are vital here, as Mayr suggests. However objective one’s data may seem to be, it is only through the frame of key concepts that interpretation and understanding begin.

Holistic Materialism is just such a concept - a frame for understanding our scientific findings by adopting the much wider view that is necessary, in such a complex and interconnected world.
Posted by E Journal at 13:17