We live in a Capitalist Economic System, and have done so for such a long time that most people consider that it must be the best. It didn't seem to have been imposed by War, but ultimately by the clear successes of Capitalist Enterprises in competition with alternative forms of economic organisations: they evidently must have been victorious in the Market Place!

But, nevertheless, it was never ever a free choice of individuals - a genuinely democratic decision - as to what sort of Economic workplaces there would be. Such decisions were still only taken by people with sufficient Money and Power, who were in a position to make and implement such decisions for everyone else.

Even after the English Revolution in the 17th centiry, with the King executed, and Parliament victorious, the vast majority of ordinary people who had ensured that victory still had NO say whatsoever in what was to replace the Old Regime. Ordinary citizens had NO vote to elect Members of that Parliament, who exclusively represented those who already had wealth, but now also had the Power, which used to reside solely with the Monarch.

But now, Oliver Cromwell, a landowner in Parliament, and then a military leader of the New Model Army in the field, after victory became the Lord Protector of the New Regime, and had established that position by both Status, but also by Force! Many of the reins of power which had been in the hands of the King, were now in Cromwell's hands, and he was perfectly clear what he had to do with them.

And the Diggers and the Levellers who had fought alongside him against the King, were now his enemies, and absolutely nothing that they had fought for, was granted to them. For, once in power all the taxes, tariffs and other income of the State were now directed via Cromwell's priorities!


Parliament had been increasingly dominated by wealthy farmers, landowners and traders, and had never represented the bulk of Working people, so from their Victory in leading an "Alliance of All The People", they naturally set about what was in their own interests alone, and for many that enabled the beginnings of Capitalist production and organisation.

So, what was evidently continuing fight for Democracy all about? Was it ever, in the minds of its leaders, about "Power to the People"?

The answer must be clearly "NO!"

It must always look as though that was its objective, but in truth was only ever to be a facade, behind which the Wealth and Power of those now in charge was to be maintained and greatly enhanced.

And looking at the current Chaos in British Politics, is that not still the case?

And, once such a success had been achieved in Britain, it was evidently possible elsewhere too. So, the British colonists in North American were next, and then it was France, but the difference was now up-front and from the outset a clear promise of "Democracy For ALL!" was necessary to bring together the necessary Alliance to carry the Revolution to Victory.

But, of course, involving the enfranchisement of only those with the wealth to implement the now well-established objective of Capitalism!

were the necessary slogans, so may have been the marshalling demands for the People, but they were never the real intentions of the Revolutionary Leaders!

Indeed, some lessons were learned, so by the time of the 20th century Revolutions, indeed Vanguard Parties equipped with committed Marxist leaders were now not only inevitably involved, but were the only guarantors of the demands of the workers and peasants, and ultimately the only possible leaders. The Slogan of the Russian Bolshevik Party was

somewhat different, I think you will agree.

But notice that whatever was achieved, whether sufficient or not, now just had to be via a Revolution, and with a very different set of Alliances upon each side! It had to be led by a Vanguard Revolutionary Party, informed by a Marxist critique of Capitalism! And, no alliances with Liberals could any longer be trusted.

And even if such a Revolution were successfful, it would elicit invasions from Capitalist Nations on all sides, and if those failed, which they certainly did in the case of Russia, then such a Rogue State would be effectively isolated from trading worldwide. And, even long-duration pressures and defensive expenditures would be inflicted upon such a State as in the Cold War, could be, and indeed were implemented!

In the end only World Revolution could ever guarantee the success anywhere!

Now, the self-proclaimed Socialist Parties in the various combatants in the First World War, ALL supported their own individual countries. Whereas in Russia the Bolsheviks agittated vigorously againat the War, even within the Army and Navy of the Russian State . Only the Bolsheviks in Russia, on successfully taking the power, pulled out of that War between Capitalist Nations.

And, after the war, they re-named their Party The Communist Party, and set about the worldwide construction of an International Organisation of genuine Socialist Parties to replace the prior International that had been the objective of Marx himself, but which had been vigorously attacked from within by Anarchists and the Social Democrats, who had turned it into a toothless Talking Shop alone!

The Question was not only an appropriately theoretically-equipped Revolutionary Party, but also one having a resolute Anti-Capitalist Leadership!

And, even within Russia the Revolution was not yet assured.

For it had replaced the Capitalists with a State Appointed Bureaucracy, without extending Democracy into all the Workplaces nationwide: and the Bureaucracy, instead, established itself as a privileged Elite, rather than a real Socialist Leadership!

Two vital components must be ensured at the hearts of Revolutionary Parties worldwide.


Especially, in its crucial extension to The Sciences, which was never undertaken in the past!


Finally, what is currently called Democracy, in literally all countries in the World, must be totally dismantled, as it is currently the stongest bastion to the Rule of Capitalism: as significant modifications have turned it into its very opposite!

The ones spending the most money selling themselves and manipulating communications get elected! Also, the electors have no means of questioning or even mandating their chosen representatives.
And instant re-call and replacement is totally impossible. Even the initial selection of Candidates for Office is now rarely left to the members of the Party Branch they are to represent if elected! And innumerable other changes, which have been instituted to concentrate power in a centralised elite within the Party.

Democracy itself must be renovated to deliver what it was intended to achieve in its conception!

But, there are still problems, that are not easy to address!

In the early 20th century, several leading Bolsheviks were impressed by the Empirio Criticism of physicists Henri Poincare and Ernst Mach, which was a Positivist alternative to strict Materialism, and it caused Lenin to immediately suspend other theoretical work to urgently write the book Materialism and Empirio Criticism, which emphatically condemned such a philosophical retreat.

And, it achieved two things: it pulled back those leading Marxists in the Bolshevik Party - realising their mistake! And also it confirmed the intellectual Leadership of V. I. Lenin in the Party.

Later, in July 1917, in the interlude between the two revolutions of that year, the Kronstadters arrived at Bolshevik Headquarters, armed to the teeth, demanding that a leading Boshevik to both lead and speak for them in making the demands upon the Kerensky Government to resign.

Literally everyone at Bolshevik headquarters were against it, knowing that it was too soon, and it would undoubtedly fail.

These are our people, and when the time comes we will be able to count upon them - but if we tell them now to go home, we will rightly lose their trust.

Though warning it is probably too soon, they would nonetheless, be led to the Winter Palace by Trotsky, to show whose side we are on.

And that is what happened! It did fail, and Trotsky was jailed, and Lenin had to hide in Finland,

BUT, in October when the time was right! The Bolsheviks said "NOW!", and the Kronstadters stormed the Winter Palance, and the Second, this time Bolshevik Revolution of 1917, was carried through to success.

Again the tactical Leadership of Lenin was vital...

Switch to the present day in the UK! 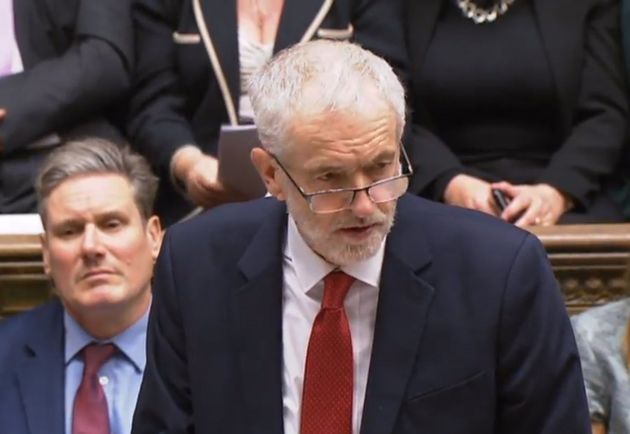 Jeremy Corbyn gets elected to the Leadership of the Labour Party by an extended membership of the Party, and goes for Policies much further to the left than Party was used to.

But most of the Labour MPs in Parliament were NOT chosen by their Party Branch members! During the Leadership of Tony Blair, he had changed the rules, so that the central leadership provided all Party Branches with a list of suitable candidates as MPs - none of whom were remotely Left. He even renamed the Party New Labour!

And, their Blairite MPs were against Corbyn from the start - they did everything they could to remove him, and played a major role in Labour's recent historic defeat. They undermined the shift to the Left at every turn.

The necessary structures of a Real Democracy must support effective leadership, while opposing bureaucratic elites attempting to win power by NON DEMOCRATIC means!

Not easy. But vital.