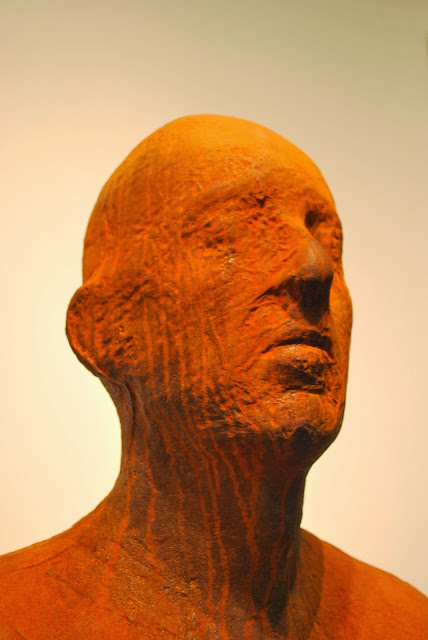 Now, in my studies into Abstraction, the above techniques turned out to be a very small part of the area as a whole. The majority, and more important parts, of the system of processes were those concerned with modelling with a view to understanding reality. There seemed to be TWO main routes through to worthwhile results. Both of these were, of course, predicated on the initial steps in the processes outlined above. That is in the distillation of relations from the real world phenomena, and the attempts to fit these to some underlying form. When this was taken as answering the question “Why?” we move into this much wider area.

These two alternatives could be clearly categorised as Explanation and Mathematics.

Now the reader may feel that I have already covered something of mathematics with my discussions on Technology and Engineering, but the asking of “Why?” did NOT emerge at all in the methods studied there. If this question is taken to be central, the mathematics involved changes profoundly, and the philosophies implied by the two alternatives become significantly different, even contradictory. The wished-for myth stated by many scientists and mathematicians that the roles of scientific explanation and formulaic mathematics would turn out to be entirely complementary has only rarely been established.

Indeed, the “grounding” role of scientific explanation, on the stratospheric flights of idealist mathematics was a much more realistic picture. And, in the modern era, this role has been eroded to almost nothing in areas like Modern Physics. It would be much nearer the truth to say that idealist (Platonic) mathematics now dominates in these areas, and scientific explanation there is maybe in terminal decline.


What is Scientific Explanation?

The initial, straight-forward description of scientific explanation could be that some analogy is found somewhere in the real world that can be said to fairly closely reflect the new area being studied. That is a sound, established situation from one part of reality is mapped onto another.

What would be the content of such an explanation? Well, the scientist does not pick any “old”, unsubstantiated analogue to use. That would not be explanation but speculation! Quite the reverse is attempted! An example is chosen because it immediately comes to mind as “resonating” with the new area, but also it must be “well established”, and in its own area generally accepted as an accurate description.. Now this requirement guarantees that embedded within it is an already undisputed “objective content”.

Now, Science is not like mathematics. Whereas a Mathematical Proof has to be a logically established, 100% certain truth, Science is more about the preponderance of evidence. If an experiment is repeated innumerable times, and always gives the exact same result, then the scientific community accepts the processes involved as established, and the situation is “marked down” as the “current” truth! Such “truths” are always provisional, and can be conceived of being modified, or even overturned, at some point in the light of new evidence.

But, in addition, scientists always want their “truths” to be bases from which they can build, so that they can take each well established situation as a GIVEN in their subsequent researches and theorising. Their “elements” must be capable of such constructions.

So, we have established that the carried-over analogy is backed with previous evidence and confirmatory experience. Then, it is applied in the new situation, first of all as a place to “start” from, and then carefully investigated to allow a sound fit. The thing being carried over is NEVER a quantitatively and precisely defined entity, and the mapping is never expected to be a case of absolute identity. NO, it is instead a case of the qualities and processes that are considered to be essential in the mapping. The dynamics of the situation, its developments and transitions, its stabilities and instabilities are the essential ingredients that are carried over.

An explanation is NOT a one-to-one mapping in a tiny, precisely defined situation. It is a broad, system-type mapping, where the trajectories of change and the plateaus of stabilities are “mirrored” in the two situations. Explanation is FULL of experience from the world as already understood, and finds that qualities and their inter-relationships recur throughout reality.

The confidence in such a scientific explanation has TWO foundations. The FIRST consists of repeatedly revealed evidence in proper, scientifically set up experiments. And SECONDLY, in the coherence and consonance of qualitative dynamics and inter-relationships. Such resonances are NOT quantitative, neither can they be! The demands of an analogue model full of qualities and change will always PROHIBIT an exact quantitative match. The best that can be achieved is the identification of intrinsically similar systems in quite DISTINCT situations. Now, even when a scientific analogy has been achieved, the process is, as yet, incomplete! A qualitatively similar situation can give a sound feel for what is going on in the new situation, BUT, the physical features involved can be very different. To go from a suitable analogy to a Scientific Theory needs a series of extra steps to be taken.

The “elements” of the new situation, that are seen to have similar, corresponding “elements” in the original model, must be identified as real physical entities, and named. Gradually, a detailed version of the analogue is built up into a FULL theory to cover the new situation. Such a result is NEVER a mere speculation. It is imbued with “objective content” from both ends, and these have been established by rigorous experiment. The mappings are never identical, but the dynamics and feel of the situation are RIGHT. The new model or Theory is a significant step forwards.

Notice, at this point NO quantitative side has been established in the forms described above, and sometimes this is the unavoidable order of events. Frequently however, particularly in the latter period of scientific research (since Newton, say) the overarching theories do not come first! Observation can lead to inklings that quantitative relations are present in a given real world situation, and scientists will then structure a carefully designed experiment to constrain most variables and effectively reveal clearly the surmised relation (often between only two variables). The result is a quantitative relation, which can be turned into an accurate mathematical formula. Notice though that the mechanism here is very different from the one described above. Instead of broad area dynamics, we have a severely constrained quantitative relation. 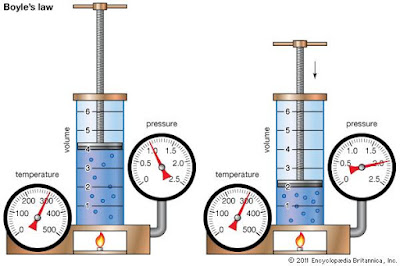 At the heart of the process is a contradiction. The derived formula is NEVER all embracing and overarching. It is always narrow and particular. The so-called Laws that are erected based on such quantitative experiments are inappropriately named. They are not LAWS – surely that is much too grand a name. Consider, for example, Boyle’s Law PV = CONST. for gases. This relation is true in very rigidly constrained situations, but is scarcely a profound theory. It is a relation, crystallised into a useable quantitative formula, but to use it, the conditions of the area of application must be constrained exactly as in the original experiment. “No problem1”, I hear you say. “We can do that!” And you would of course be correct. The industrial revolution was precisely the process of setting up such situations – BIG! Relations could be used in manufacture, and thus become powerful tools in the hands of mankind. So, why do we need scientific theory too? Won’t simple relations turned into dependable and useable equations be quite sufficient?

The answer is definitely NO!

To follow the above policy, mankind would end up with an enormous bag of particular relations, and NO understanding at all would be involved. To go from PV = Const. and the inverse proportionality of the pressure and volume of a given mass of gas in quite controlled conditions to an understanding of “WHY?” requires a broader and quality-full context to be established. In the above case a whole “story” about what a gas is, what energy is, and what temperature is, is necessary to explain the above relation. So quantitative relations alone can only give rise to technology. To weld such particulars into a “general” understanding requires qualitative theories – requires scientific explanation. Now, no matter what present-day mathematical “scientists” may say about this, they cannot dispute that some form of wide, qualitative context is necessary. And, if that is not to be achieved by the above described method of scientific explanation, then what does provide it? The answer is that apart from enormous borrowings from past scientifically established entities, the modern answer is invariably Speculation! We will not go into the various forms of speculation at this point, because the issue here is clearly “What is the nature of Scientific Explanation?” It will be dealt with in detail elsewhere, BUT at this stage it is crucial to totally distinguish it from scientific explanation. Modern speculation is a trajectory from quantitative relations TO definitions of “possible” entities TO co-ordinating theories. An entirely different sequence to that for scientific explanation.

Indeed, throughout both Science and Technology, theory is essential! WHY? You can only take the cumulative effect of multiple quantitative formulae so far. All technologists and engineers, and so-called mathematical physicists NEED an overarching, comprehensive context for their wealth of particulars. They need a co-ordinating matrix to relate the parts to some whole. They need GROUND! That ground must be scientific explanation.

Let us return to the subject of Pure Mathematics...

This is the fourth in a new series exploring philosophy and mathematics: Man & Reality. Part V will be published here next Monday.
Posted by E Journal at 13:14