So, mathematics is a great deal more than a mere toolbox. It is not just a rag-bag of pragmatic techniques. Then what is it?

My admission that I can spend major tracts of my life doing pure mathematics, doesn’t gel very well with it being a theory-less, quality-less and mightily abstract, yet man-made construction, does it? So, let us leave the pragmatic, head-down, carpet-fitting behind us and climb into the high uplands to breathe in the grandeur of true mathematics. To realise its qualities we have to reveal exactly what mathematics is really about.

Mathematics is the Science of Form!

Quite distinct from subject-centred studies such as Physics, Chemistry, Biology and the rest, it is not concerned with the causality of the world. It is concerned with disembodied Pattern! It isolates significant pattern from reality, or even from our own inventions, and finds its universal formal properties. It is the Logic of Pattern.

This isolating process refines the patterns to their minimal configurations, their ubiquitous essence, and allows their study without the confusing and inessential clutter of multiple overlays that abound in nature. Thus the idealisation of relations into mathematical forms (or formulae) is its essential feature. It is no wonder that Plato and other Greek philosophers waxed lyrical about ideal shapes and forms. Reality, as is, does not give up its secrets easily. They are hidden in a confusing matrix of contending forces, and a fog of what we would today call “noise”. But, nevertheless, constant glimpses (to tempt the curious) of significant relations were always being momentarily revealed and the extraction of these “truths” became, in time, an enticing mistress.

Exactly what these relations were caused by was not clear, though throughout mankind’s conscious history it has always been the question.

Nonetheless, millennia rolled by in which these magical relations were put down to gods and devils, and the never-ending detours of ritual appeasement of these forces were embarked upon. The clear social advantages of such co-operative and consensus beliefs entrenched the explanations, and mankind’s techniques and current knowledge always seemed incapable of an alternative approach. “You can’t pull yourself up by your own boot-laces”, as they say!

The Role of Belief

The processes involved were by no means scientific. The consensus belief system “seemed” to be confirmed by the society’s continued success and growth, but the coherence involved in a shared belief system was perhaps more significant than the contents of these beliefs in ensuring continued confidence and co-operation, and thus success in their endeavours. What always amazed me about the situation in the Second World War was the dedication and valour of the Japanese and Germans. In spite of seemingly insupportable reasons for going to war, and a twisted and reprehensible fascist ethos in both these countries, their soldiers sacrificed themselves in inordinate numbers for “Der Fuhrer”, or “The Emperor”, or even the “Fatherland”. How could this be? I think the answer is contained in my initial point about the strength and confidence imbued by a general and elitist belief system. Other examples litter history. The aggressors are invariably more radical in the way they carried out the business of war, and more confident, while the aggressed against fall away in disarray. All, I believe for the same reasons - a belief system. A primitive society exposed to the world for the first time, in a way that has its ideology, religion and self-belief shattered, dissolves into mediocrity and weakness. “Any coherent, confident belief system is better than none” - from a survival point of view.

However, by the time of the ancient Greeks things began to change. They were the first to see the possibility of another way. Without any of the modern techniques of scientific investigation, they nonetheless made profound gains. And where did they make them? In Mathematics! As a boy just started in Grammar school, I was introduced to the Geometry of Euclid, and was seduced by it. It was a surprising entity! Totally impossible abstractions were refined out of an “imperfect” reality, and studied in an ideal form. Circles were perfectly round, made of lines of zero thickness, while planes were perfectly flat and extended in all directions to infinity. Yet, a coherent structure could be erected on a handful of such assumptions. Mathematics had its first triumph! Form had been extracted and studied and shown to be good! And, all you needed to study it was paper and a pen (or in the Greek’s case – a sandy floor and a bit of twig). Yet, these same Greeks, also saw the pitfalls from the outset. It was Zeno who clearly revealed the dangers of idealised assumptions, and the consequences of their application to the limit. In spite of their epoch-making contribution, the Greeks could not develop their inventions without restriction. They were, so to speak, ahead of their time, and quickly found themselves in the same morass of spiritual causes as everyone else. Profound contributions were a long time coming after the Greeks.

NOTE: As each new abstraction was distilled from reality, and then investigated as an ideal system, the richness contained within what at first seemed to be quite modest assumptions, thrilled the practitioners and seduced them into seeing all as evidence of a co-ordinating mind. Certain areas were remarkable in that they did not seem available in nature at all. Figures, derived by mathematicians, such as the dodecahedron and the icosahedron were breathtaking constructions of order and beauty, yet they didn’t exist in nature. But surely, they couldn’t be pure invention. They had to express some profound, but hidden aspect of the world. Thus the mystification of mathematics was unavoidable, and the Pythagoreans spent lifetimes explaining the world in terms of their figures and forms.

In a surprising way, it was the emergence of proper measurement and experiment that allowed the breakthrough. These techniques revealed significant relations at every turn, and produced an avalanche of forms for mathematicians to extract and study. Though these developments led initially to the Sciences, they also “created” both Mathematics and mathematicians, and it was the latter who seemed to be dealing with the nitty-gritty of reality. Give them an inch and they regularly took a mile.

They had the advantage of not being shackled to demanding experiment and long-winded collection of data. Once delivered of a form, they could investigate the idealised version to their heart’s content. They even took to “creating” forms to investigate, and quickly showed that such studies were indeed possible. From quite early on, they embarked upon Number Theory – the most abstract aspect of mathematics, which studied Number itself, and led to the definition of Prime numbers, and the formulation of “rules” such as Fermat’s Last Theorem. Perhaps the most important feature of their “artificial” flights of fancy of mathematics, was their subsequent role in “fitting” these to new, “inexplicable” relations revealed by scientific experiment. Areas that were generally considered to be total inventions were found to “map” onto aspects of reality. This inversion of the normal relationship between maths and reality posed a new question. Could mathematics be the true essence of the Universe?

Mathematicians soon became so confident in their ability to supply forms for every situation, that they embarked upon what can only be called maths-based speculation. They worked FROM maths forms to attempt “explanations” on a Cosmic Scale. The famed “Theory of Everything” is the current pinnacle of this line of work. From basic forms to do with oscillations of all kinds, arose the conception of “Strings”. These would be physically existing entities would could take on almost any oscillating mode. Like the old Fourier Analysis, it was postulated that these “entities” could then come together to produce the Universe, all by themselves! Now this aspect is not the only one in a breath-takingly broad phenomenon. In addition, maths formulae began to replace scientific explanation over an increasing range of situations. In particular, where analogous explanations seemed very difficult, or even impossible, they were immediately replaced by “reliable” formulae. “I don’t know why, but I certainly know how!” “I can tell you exactly what will happen in a given situation! Do I need an explanatory theory? Are they not always constructs anyway?”

Could not the universal forms of mathematics actually be the essence of reality? A world encapsulated in pure mathematical formulae might well be the epitome of Science. 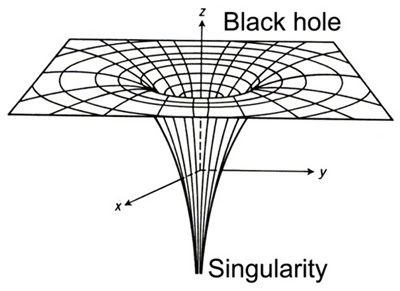 This is the fifth in a new series exploring philosophy and mathematics: Man & Reality. The conclusion, Part VI, will be published here next Monday.
Posted by E Journal at 15:01