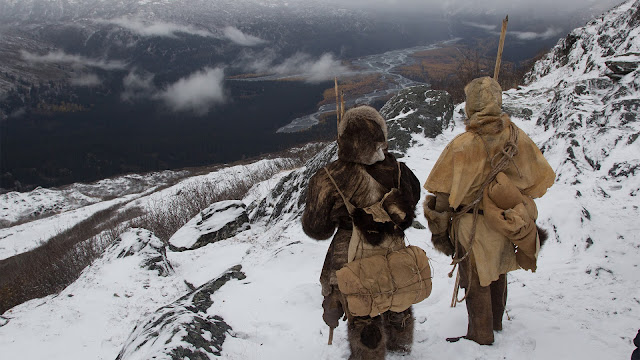 The First Peopling of America

In how many waves, and when and how did they come?

Things are changing fast in the studies of Early Man, and many once-firm conclusions are being dismantled by new archaeological evidence.

A very interesting body of different discoveries from all over the whole of North and South America, are questioning the generally-believed single first immigration from Siberia, only 40 thousand years ago, which now looks as though it may have been at least three incursions, including much earlier ones by very different routes.

Quite apart from the above archaeology, there has always been seeming contradictions in the cultures of various tribes and civilisations that have left their proof in both the constructions still standing, and the peoples still existing to this day.

It has always seemed to me that the most primitive economic system that has existed until recently on the plains of the Mid West, in what is now the USA, the hunter/gatherers, contrasts markedly with the much more advanced peoples very much further south, in Central and South America. 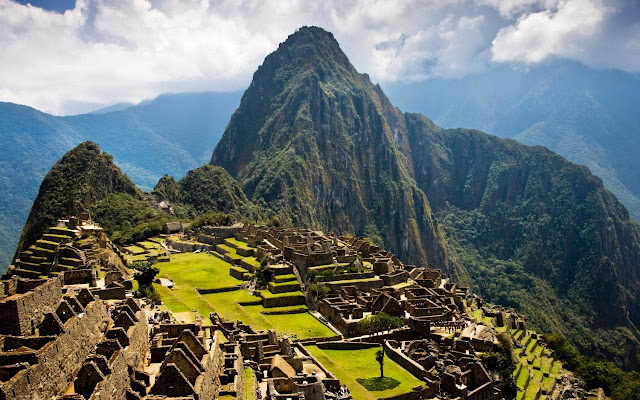 For, the former were much closer to the supposed original point of entry - across the now Baring Strait, presumably when it had been turned into a land-bridge, with the decline in sea-level, caused by the build-up on land of the fast-advancing, vast glaciers of the Ice Age.

And, to raise even more questions, remains found in Brazil of an ancient woman or girl, were validly dated as the oldest ever found in the Americas, and she looked nothing like either the Plains people up north, or even the supposed Siberians or Mongolians who were considered to be the ancestors of all first Americans.Indeed, she looked more like the first peoples of Australia.

Then, even more recently found, some very old remains were revealed to have features more like modern Europeans. And, some were reconstructed to look more like the Ainu from northern Japan.

Finally a well-preserved, but very ancient body was found, and investigations proved that his entire diet had been of fish, which inferred a possible close-to-the-sea route of access, while along the south coast of Alaska animal remains proved conclusively that they must have lived upon land, next to, but not covered by the Ice Sheet that was dominating the rest of the Land.

And, of course, the ancient land revealed by the locking up of water in the Ice Sheet, will by now be inaccessible, due to the demise of that Ice Age, and the returning of the water to underneath the Pacific Ocean, so cannot be investigated for necessary evidence.

Now, why would anyone brave the rigors of the ancient far north to reach America?

The best argument seems to be the herds of Caribou, which occur, today, not only in Alaska and Canada, but across Eurasia from Scandinavia to Siberia. 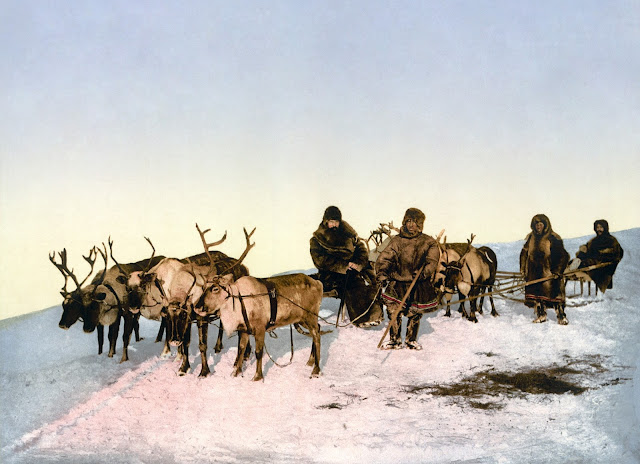 And, Man soon learned to follow them in their essential vast migrations to new pastures. With a way of getting to such resources in America Humans could have followed them, using them for food, clothing and even transportation, as they do today.

Some time ago I put up a paper entitled "Did the Eskimos Discover America", reasoning that they could have conquered living in the Arctic of Eurasia, and merely followed the edge of the ice, during the Ice Age, occasionally on their sea-skin boats, to America.

And, this contribution has proved very popular. So, though that is clearly not the full story, it had merit.

From what I can make out from the excellent NOVA Documentary (on YouTube), there now seem to be several waves of early immigrants at very different times, stretching back much further than the now replaced single incursion.