The Ed Green lecture is in the second half of the video above, if you want to see it.


In this excellent recent lecture upon early pre-humans and Neanderthals, Richard “Ed” Green delivered a fascinating description of what is now possible from “decoding” the found Genomes of now extinct near- humans, and comparing them with both living and long deceased Humans.

I cannot do justice to his remarkable revelations amd conclusions, but they are all available on YouTube, and should be obtained directly, and in full, from the producing source. And, though Green does not make the same conclusions as myself, there is little doubt that what he derives from the now available evidence, takes him a long way from the prevailing Pluralist philosophical stance, and much closer to the alternative Holist stance.

For, I can draw, and indeed have-drawn, conclusions which, I believe, are extractable from Green and his many colleagues’ work, when early humans are compared with other animals, in terms of their then unavoidable “Means-of-Life! Green arrives at remarkable results for the natures of the Genome in all the early Humans and near humans investigated. They are considerably different from what happens in herd animals and also sedentary groups of animals, for they seem to bear the genetic stamp of being isolated Hunter/Gatherers, which, necessarily, imposed upon them a lifestyle of constantly- wandering small family groups, and even spread them, even at that early stage over extensive areas of the Planet.

And, such a lifestyle meant that to reproduce they would have to come across other, maybe very different family groups, from which partners were found and new mixes produced to then continue the incessant wandering.

The evidence available to Green, indicates the “localisation” of genetically different groups - not only Neanderthals, but others in both different parts of Asia and in Southern Africa, and interbreeding causing present day Genomes of particular humans to include a mosaic of features from “ostensibly-different” hominids - yet, still producing viable humans as a result!

Clearly, in spite of long periods of time, and extensive spatial separations, these populations are more like country or regional differences of today, for they all remained humans, according to all agreed definitions, and they would certainly have continued to have the same conditions and consequent lifestyles too.

Finally, if a holist stance is taken as the basis for all analyses in such developments, the emergence of the wholly new - the change to a new species, would have to involve a major crisis, which dissociated the prior Stability, and from its dissolution a new stability - a new species could result.

For, with such a stance Evolution CANNOT be incrementally achieved: the changes that occur without such an Emergence are NOT qualitative, but merely quantitative, the species has new varieties within it, but its essential nature is unchanged.

In other words, the lifestyle tended to isolate families over extensive areas. But the necessity of Reproduction also required access to others, probably forming still- separated, but communicating overall groups, which later came across one another (probably in the form of individual wandering families).

So, though such “local groups” might become extinct, something of their Genome would be preserved within surviving individuals long separated from that group by joining a still wandering group and contributing, genetically, to some its offspring. 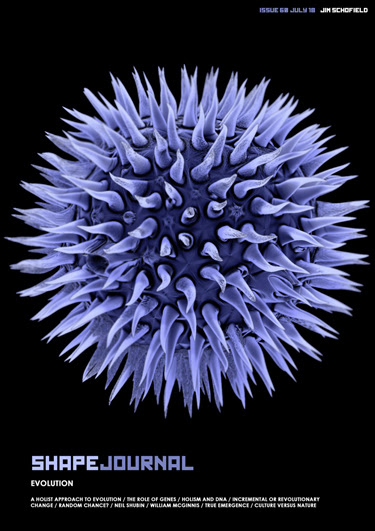