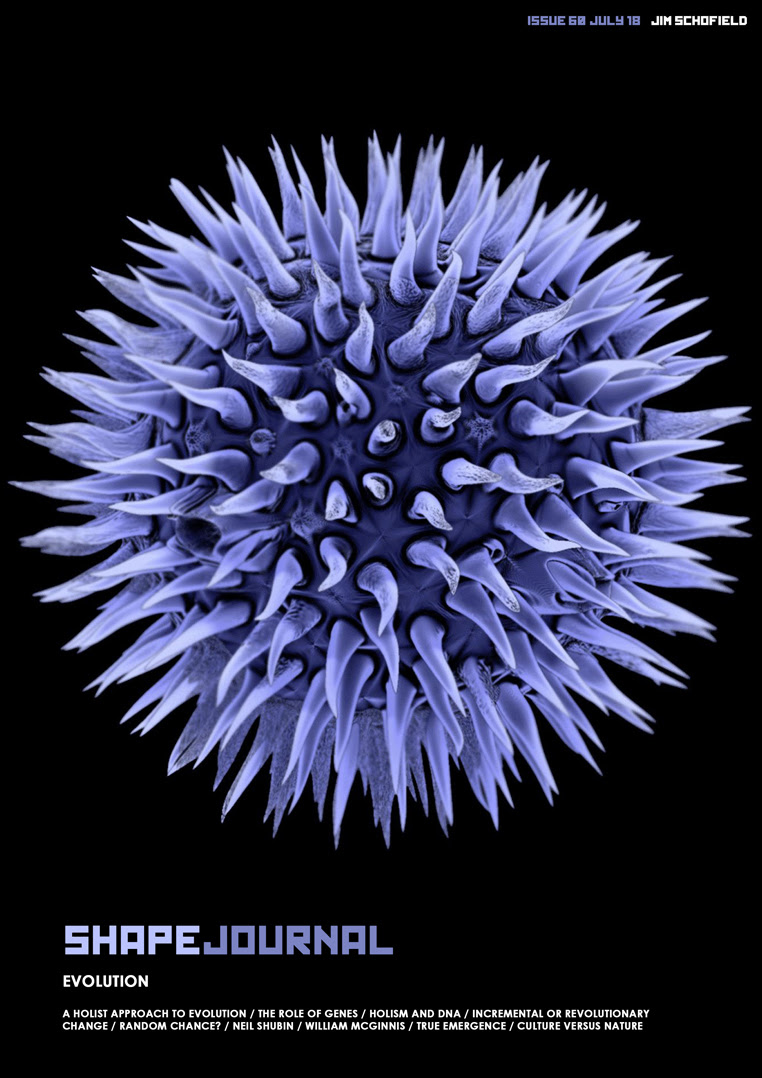 Here we return, at long last, to the theme of Evolution. How might our recent insights into the notion of Holist Science affect our study of biological change?

This is certainly not a full-and-final definition of an Alternative Approach to the Study and Explanation of Evolution. But, it is something of a well-informed muse upon how that might be addressed - contributed by a philosopher who has specialised in just such an approach in Sub Atomic Physics, primarily in opposing, and finally disproving the current consensus stance of the Copenhagen Interpretation of Quantum Theory.

It resolutely rejects the universally-supported Pluralist Stance, which underpins not only Mathematics and the Sciences, but crucially Formal Logic too. And, the reason for its failures is that it focuses exclusively upon Stability, not only as the underlying basis, but as the only means to expose and allow the extraction of Reality’s supposed “Eternal Natural Laws”.

It thus necessarily excludes all Qualitative Change in all its analyses, and uses only Quantitative Change - thus substituting Amount for Quality, and Complexity for Emergence!

It has, of course, proved to be invaluable in dealing with situations within such Stability, but useless in coping with Qualitative Development such as Evolution.

It is also significant that the Holist alternative to Plurality was, and is still, a widespread philosophical standpoint, particularly in Asia, and among Buddhists, for it was first extensively described and used by the Buddha in his many Suttas. But the modern version arose out of Hegel’s criticisms of Formal Logic, and was developed as a system by Karl Marx in his Dialectical Materialism.

This short collection of papers is an initial argument for the holist stance to be applied to Evolution, as it was originally defined by Marx in his analyses of the development of Human Social Systems, and their transformations in Social Revolutions. And, also as demonstrated by this writer via the application of his Theory of Emergences, in his works on Philosophy, Mathematics, Science and Formal Logic