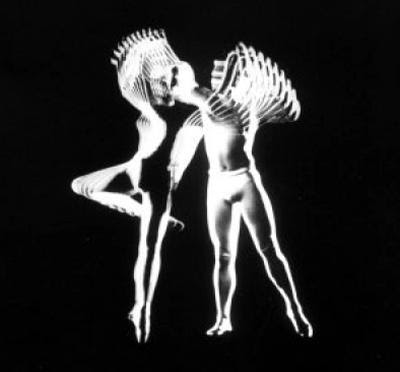 Pas de Deux (1968) Norman McLaren
BEGINNING TO UNDERSTAND MOVEMENT AND CHANGE
Carrying on from the prior papers in this series, I will further establish the System Nature of a Holistic Science, as applied to the Study of Creative Dance Performance and Choreography. The last 30 years of Research in this area, has also, surprisingly, enabled me to make this contribution, both there, and for Holistic Science in General!

I, of course, did the majority of this work in tandem with another researcher, the excellent Dr. Jacqueline Smith-Autard (Jackie), perhaps the leading expert in such studies in the World. She was the dance education specialist in the relationship, so please forgive my total concentration upon the Philosophical, Scientific and Computing questions involved, based upon a long professional life in these areas, mostly in Higher Education.
Crucially, this research into Dance, and the difficulties of analysing movement using video, led me to fully appreciate the philosophical importance of Zeno of Elea, beyond his paradoxes of movement (the dialectic of continuity and discreetness) and to the importance of the Whole and the Part - and a fundamental critique of all Reductionism.

I terminated, the immediately prior paper undoubtedly somewhat prematurely, in the midst of beginning to establish a wholly new Holistic Approach to the Sciences, certainly only now made possible by the extensive work with Jackie in Dance Research. But also, very clearly, this was too important a contribution to be tacked on to the end of what was really only a Basic Introduction, to a turn to a major new topic, so it was clear that a dedicated separate paper would be necessary to initiate such a Major Undertaking!

But, I feel that I must also make clear, that I had spent many years aiding researchers with computer solutions, in a whole wide range of Disciplines, from Physics and Engineering to Biology, before I was enchanted by Jackie's unique requirements for Dance. My own original areas, from where I started these kinds of interdisciplinary studies, were in my original specialisms of Physics and Mathematics, terminating finally in Higher Education in a major change to both Developing Operating Systems, and ultimately Directing Computer Services in two Colleges - latterly one that was part of London University (Goldsmiths). 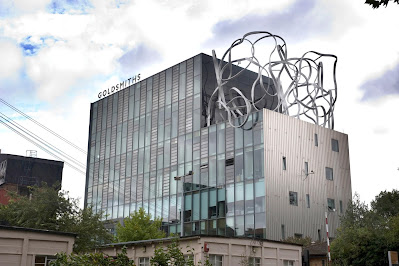 In an earlier Higher Education post, I had established a unique Supporting Service for Researchers across many different Disciplines in a Scottish University, and had soon been forced to go well beyond the Total Plurality of my core Subjects, in order to solve a whole new range of problems that they were encountering. The complete abandonment of actually Explaining Qualitative Changes, which dominated literally all Current Research, forced me to daily address the often terminating anomalies within most Disciplines, and attempt a consequent General Turn to Holism!

And, as I was finally realising, towards the end of that prior paper, the Determining Systemic Nature of Holism, would have to be comprehensively established as an essential prerequisite to any attempt at a Real Developable Analysis of Change, which undoubtedly require an Epoch-Making shift in literally all current research methods. The usually assumed Total Independence of Single Natural Laws, was clearly untrue, and the usual way of eliminating those effects - by severely restricting the Scope of Investigative Experiments, merely threw all these crucial effects away, which involved the assuming of greatly more complex situations, that could be achieved by the mere summation of Eternally Fixed Laws.

And, in addition, the Pluralists believed that the Laws found by their methods were exactly the same when multiples of such Laws were acting simultaneously.

Simultaneously-acting Laws always adjust one another to greater or lesser degrees, in ways that wholly Pluralist Methods will never Reveal. So these Holistic mechanisms have to be clearly revealed: thereafter determining exactly HOW production should be both implemented and controlled.

Or, alternatively, were there any naturally-occurring Stabilities, very different to those that occur in manmade Pluralistic Experiments, that actually are part of literally all Holistic Situations, and could be effectively and soundly used, as part of a more complex on-going System? The answer turned out to be "Yes!".

But, it was discovered by the historian Karl Marx, in a very different area, well-hidden within the Key Explosive and Emergent Happenings within every successful Social Revolution. For, such cataclysmic Events were considered "un-analysable", until Marx revealed that they were perhaps the only periods of substantial change, anywhere in Reality-as-is, that took place at a tempo that Humans could possibly apprehend and understand - primarily because, there alone, the Processes of History were entirely brought about by the actions of Human Beings themselves! Marx was not able to explain the apparent Stability of those slower processes of History, which for very long periods appeared to be steadfastly Stable and Unchanging. But, within a Revolution, the Maintainers of Stability totally collapse, and concerted actions by motivated groups of ordinary people, COULD bring about Significant Systemic Change!

However, in passing, such Events also revealed the seemingly permanent Stabilities all around, which resolutely maintain the Status Quo, for often vast periods of time, but, in fact, though strongly maintained as such, were happening in a Holist World, and could therefore, in the end, certainly be terminated.

These long-existing, self-maintaining Interludes, were clearly what we are looking for, being wholly naturally established and then maintained, but, nevertheless, only as Temporary Stabilities, possibly delivering Real interludes of Stability, via which a means of Holistic Rationality could be temporarily established and used, and naturally demolished when no longer applicable.

Clearly, for this to be the case, the composition, and self-maintenance of these Temporary Stabilities must be explained! Indeed, something both flexible and persistent must, on the one hand, be capable of mostly re-establishing the prior Stability, in a wide variety of possible undermining disturbances: AND also eminently capable of re-establishing conformability, to a new stability of outcomes.

Now this is by no means easy: but the best clue to a solution seems to reside in Diametrically Opposite Processes, which Zeno (of old) certainly noticed, and the idealist philosopher Hegel, organised into a varying system, in which these could deliver one outcome, or its direct opposite, and could, it has more recently been revealed (in my Substrate Theory of Physics, for example), give absolutely NO OUTCOME at all, as they exactly cancel each other out!

And, it has become clear, that in the sequences of consequently-enabled processes, they could, indeed, be terminated prematurely by such exact and final cancellations.

Yet, we are still a very long way from explaining the long-persistence of many such Temporary Stabilities, routinely mistaken for permanent or eternal features! We must also reveal their unusual-but-necessary compositions.

And, a possible solution to this might be if the Total Contents of a Temporary Stability was perhaps composed of multiple Balanced Stable collections of paired opposing processes, which, with a relatively minor damage could recover any undermining, by eliciting opposing changes in one area, to effectively Cancel-Out any damages inflicted in another: though both of which were somehow initiated from the very same external incursion, but in bringing about thereby opposing, balancing effects.

Now, as far as I have been able to discover, literally NO theoretical or experimental work has been undertaken in this vital area.

Something must be first causing such balances, and then, at least most of the time, maintaining them. What Stabilities there are, cannot have been already, and permanently resolved by magic, but somehow form into a naturally-arrived-at balance, and the consequent maintenance of a situation, instead of a never-ending constant slide towards Chaos!

Now, what has emerged, which could throw some light upon this problem, is the "calming nature" of constantly-repeating Cycles of Processes - which seem to be abundant literally Everywhere - and at all levels of Reality.

And another similarly acting process, seems to be a consequence of multiple, simultaneous and different active processes, which seem to selectively change the overall composition into a more permanent mix over time. Possible causes such as Selective Elimination seem to be possible, but have nowhere been experimentally established.

And perhaps the usual reasoning, discounting such possibilities, is based upon a belief in Forever Fixed Natural Law, on the one hand, BUT, contrastingly, Evolutionary Change on the other!

Now, in a recently recorded coversation with Gareth Samuel, Eric Lerner explained the natural processes of a regularly concentrating Plasma Stream, in terms of an analogy with Road Traffic. In his case, he was explaining the sudden appearance of heat, by comparing a prior self-organised, one-way traffic flow, within a multi-lane road, to an unorganised mix of traffic going in all different directions, on a single-lane road, causing multiple collisions, and hence changing KE into an increase in heat! And, of course, both modes were natural, but caused by changing concentrating circumstances.

So, I am inclined to believe, that the processes I am considering could be analogous, and could in a similar way self-organise into optimum flows dynamically, for most of the time, only to be transformed then, by a rare change in the prevalent conditions.
Posted by E Journal at 15:08