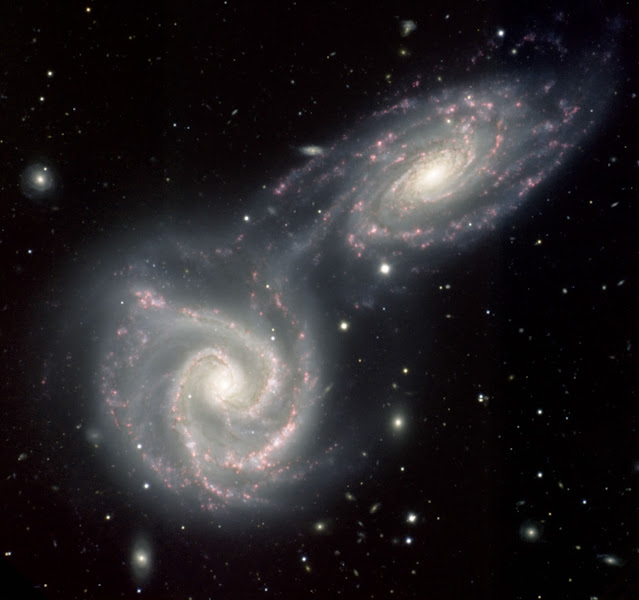 Recent contributions within the Electric Universe Group, regarding Markland and Birkeland Effects in Spatial Electricity and Magnetism, are certainly posing important questions concerning the "Supposed Diametrical Opposites" clearly involved at crucial turning points in the Development of the subsequent System.

For, these new questions strike at the very heart of the Standard Universal Pluralist Approach - still wholly dominant in literally all of the Methodologies throughout the full set of the Sciences. The Wholly Static Conditions always thereby imposed upon all Investigative Experiments, currently undertaken, in order to reveal, supposedly, the Forever Fixed Natural Laws involved, NEVER address the real interactions between them in our Actually Fully Holistic World.

Indeed, the Dialectics of Hegel, and even Marx, treat the evidently existing Opposites, as merely capable of completely cancelling each other out. Whereas, the new evidence says that they don't! They not only continue to exist, but actually to co-exist, in wholly new-and-varying joint Forms - especially within Electricity and Magnetism!

Clearly, after two and a half millennia of subscription to Plurality, scientists are mostly at a loss to cope with these crucial new interactions. And, it also, most certainly, doesn't help, that in Cosmology, the almost total lack of appropriate Experiments (or even the necessary conditions to arrange for them), as well as the fact that even the best-informed Oppositionists, being almost entirely from within a Technologist Community (EU), who unavoidably carry over into their criticisms of Mainstream Scientists, their own primarily Pragmatist Stance, which though opposed to the position of the Wholly-Theoretical Mainstream Scientists, nevertheless, still maintain the very same dedication to Pluralist Laws and Equations.

The problems are not only incredibly difficult to solve, but actually Totally Impossible to implement, without a Root & Branch Rejection of Plurality by both sides of the current split in Physics.

And, to Compound the Felony, the only current strand in Philosophy that attempts to reject Plurality for Holism (namely the Marxists), have never managed to extend things, comprehensively, into any of the Sciences - which is vital for, the absolutely Primary Task, in equipping all of the Sciences, with an essentially exclusively Holist Approach.

But, for that to be the case, that mammoth Undertaking certainly must be urgently addressed! And, to do this, we now know exactly where to begin! The only quesation has to be HOW?

For, in spite of the major contribution by Karl Marx to Capitalist Economics - as it then took him the rest of his life, to lay a sound and comprehensive basis in that Discipline, it hasn't, yet, even begun to be addressed in Science, and, instead, has, most devastatingly, veered well off-track into the Key maximally-flawed area of Modern Physics! So, let us briefly re-iterate the key and profound difference between Plurality and Holism in all of the Sciences.

It has two major aspects.

The first, is that with multiple, different and simultaneous factors, both active-and-mutually-affecting of one another, they are always unavoidably-involved in Reality-as-is: and thus will also, be generally, and both-ways recursive with everything-else involved, and, therefore, repeatedly, and significantly, modifying all involved components!

Yet, on the contrary, Plurality wrongly assumes that these are all Fixed Eternal Laws, and fundamentally independent of one another - ONLY merely-summing, and never modifying qualitatively and recursively with any of the others.

Now, even this major simplification would NOT be discernable in Reality-as-is, so scientists also artificially severely-reduced the factors present in Investigative Experiments, in order to ideally involve only, at best, a single factor, which would perform exactly the same, as when acting with others, but which here is eminently discernable for use in all possible diverse circumstances (when only comsidering that single factor)! And also, of course, unmodified by any other also present factors.

Second, the use of such Pluralist Laws necessarily separated the full set of required technological processes, into many wholly individual processes - each one allowing only the use of a single Pluralist Law, within the necessarily provided perfect environment for that Law to act (and no others), to perform each single step in the ultimately necessary individual laws, along with their required outputs.

But, this amounted to a strictly man-made, wholly artificial technological route to a finally required result!

AND, it DID NOT reflect exactly what happens in Reality-as-is.

So, to deal with such things theoretically: that is to actually advance Human Knowledge and Understanding, so that, exactly as had happened with Euclidian Geometry, and thereafter with Mathematics-in-general, the involved Discipline could then be cerebrally constructed, and also allow sound theoretically-achieved predictions, not merely pragmatically, but intrinsically, hopefully by some similarly Rational System of established facts and their Laws. BUT, that couldn't happen with the Real Laws for they were unavailable - totally ensured by the only methods currently available to Mankind!

They had only the old pragmatic means, along with the non mutually-relatable individual Pluralist Laws - and that simply wouldn't do!

Nevertheless, they did also have a truly valid Rational System - that of Mathematics.

Even though the Pluralist Laws were valid only in particular tailored situations, the scientists derived mathematical versions of those Laws from measured Data!

And then related them rationally(?) to one another, though, of course, wholly illegitimately from those Equations delivered entirely from the wholly incompatible Laws. They merely assumed that they could do this; but they most certainly couldn't!

Don't get me wrong! Mathematics is a wholly valid Rational Discipline, and crucial to Mankind in dealing with Form... But, its uses to relate Scientific Laws, as revealed artificially in Science, is wholly illegitimate! To really do that, those involved must first understand, in detail, exactly what the actual HOLIST Nature of Reality-as-is consists of: and that has NOT yet even begun within most Sciences!

And, of course, the most crucial area resides in the mutual modifying affects of scientific Laws upon one another, which are ususually qualitative and distorting, whereas the usual assumption is that they are Fixed, and indeed Eternal, and usually only Sum and Complicate, rather than Qualitatively Transform one another.

Now, the possibility of arriving at "What Really Happens" has, because of Holism, always been a major problem, for every even small change in the Conditions of an Event, will always qualitatively modify what ensues. So, investigators always worked very hard to prevent such changes, for only then would the results always be predictable!

But, in fact, there were many ways of assuming Natural Situations... And they all gave different results!

Non-scientists could only take Reality as its occurring naturally, so every way would be different, as various involved laws varied! So, an avaerage was the best that could be achhived - requiring several repeated measurements. But, of course, none of the individual measurements, or even the Average of them all delivered a real Law. Yet in everyday processes, and even in school experiments: this was the method used.

In Industry, the Natural Way certainly wasn't good enough, so there the Situation was controlled as rigidly as possible, by keeping containing conditions as constant as possible: and purifying the active components as much as possible!

This takes the Technological Way as it Data and Primary Laws as means, but Theoretically it uses Mathematical Rationality to build further extensions into the Science's Discipline.

Now, Holism is still in its infancy, as regards Science-in-general, but has been extensively used in developing a Critique of Capitalist Economics, along with echoes in History and Biology, by Marx primarily, and by others less comprehensively!

But, the multi-millennia-long sojourn of Plurality within the Sciences, has in time, strongly enabled an effective Technology, while doing literally nothing for effecting also an Explanatory Science. For though that was sufficient to lead to a veritable explosion in Effective Technological Development, it also led all the Sciences ever deeper into the mire, explanation-wise - so that, by now, many demanding areas within literally all the Sciences are slipping into irretrievable purely speculative chaos, which will only get worse unless-and-until an effective Holistic and Explanatory Approach is extensively both instituted and developed, to finally allow the construction of real Explanatory Theories to be established.

But that, of course, is much easier said than done, for the old trick used within Plurality of establishing totally unchanging areas in which to both reveal and develop Laws, turns out to be either impossible or wholly self-defeating within Holism. The use of those Maintained Stabilities (that were once assumed to be permanent) is now impossible!

But, as it happens, (wholly Temporary) Stabilities DO indeed occur, in our Holistic World, but, in time, they will always collapse unto what are termed Emergences. In spite of their non-permanent nature, these stable interludes alone make possible the crucial introductions of various important Macro Forms of Organisation, above and significantly affecting all the possible single Processes of Plurality, actually contained within them.

For, individual Processes do NOT act alone, and, therefore, are NEVER sufficient to solely determine outcomes!

First they always are acting multiply together with others, both simultaneously and over time! And, as such, they require multiple, different and necessary resources, yet consequently produce multiple identical outcomes for each kind of process!

And they will always be accompanied by other different processes, with their resource requirements and consequent outputs!

And, these will often be essential to a particular concurrent process - both delivering its necessary resources, and requiring their ultimately produced outcomes!

Very clearly, you will NEVER be able to predict overall outcomes purely in terms of single well-defined processes. The overall Nexus of everything involved must profitably and continullay mesh!

And apart from internally produced resources, within the overall System, there will be necessarily-maintained inflows from outwith that overall System: and their relative abundances would enable one or two to effective dominate, via the abundance of their outcomes. With the usual kind of mix, with many difference processes, and measures of outcomes would quickly reveal which process was the most abundant and hence Dominant overall!

This reflects exactly what occurs in most inadequate School Experiments, supposedly effectively Pluralist!
Clearly, this account is far from complete and will be continued in a following paper!
Posted by E Journal at 12:09